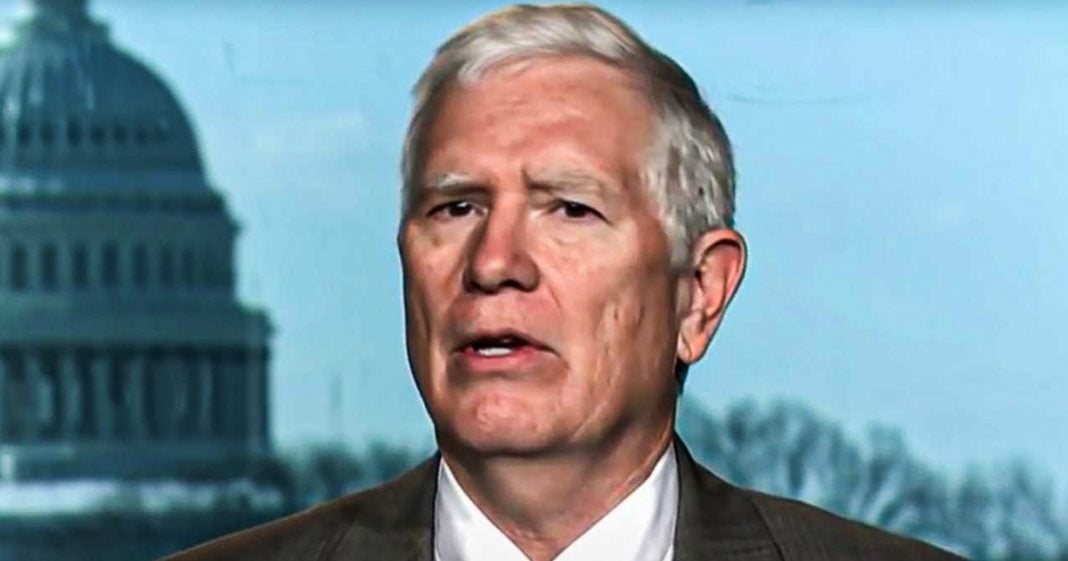 Republican Representative Mo Brooks has finally been served with the lawsuit by Democratic Representative Eric Swalwell for his involvement in allegedly inciting the Capitol Riot, and Brooks is not happy about it. Brooks has been avoiding the lawsuit servers for over a month, and Swalwell had to go as far as to hire a private investigator to track down Brooks in order to serve him. And now that it has happened, Brooks says that the serving was illegal. Ring of Fire’s Farron Cousins explains what’s happening.

Republican representative from Alabama, Mo Brooks, has been avoiding a process server for over a month. And the server was trying to serve him with a lawsuit from Democratic representative, Eric Swalwell, for allegedly helping to incite the riot that took place in the Capitol on January 6th. Mo Brooks was one of the featured speakers at that stop the steal rally earlier in the day, got the crowd all riled up, told them the election was stolen and then sent them on their way to the Capitol. So yes, he is being sued along with Donald Trump and several other people by Eric Swalwell and a group of Democrats for inciting the riot. They’re specifically being targeted under the KKK act, as it’s called, for impeding the job of Congress. And again, Mo Brooks had done a great job for about a month, little over a month, of avoiding the process server. Got to the point where Swalwell actually had to hire a private investigator to try to track down Mo Brooks so they could serve him with the lawsuit. And this weekend, they finally did.

They got him at his home and now Brooks is crying foul. He says that no, the process server Illegally entered my home and so therefore the whole thing like, you can’t, I can’t be sued now because the guy allegedly illegally entered my home. Now, unfortunately there’s no video surveillance, at least right now, maybe there is, I imagine as a lawmaker, you probably got to have some kind of camera on your house. I mean, hell, everybody’s got cameras on their houses now. They’re super cheap. They’re quick, they’re easy. They steal your biometric data, but that’s a story that we’ve covered on other days. But anyway, so I refuse to believe that this dude doesn’t have like a ring doorbell sitting there where we could verify whether or not this guy entered his home illegally. And I’m assuming, given the fact that we haven’t seen video like that released, that it doesn’t exist. But either way, Mo Brooks doesn’t want to be part of this lawsuit.

And the question is, why run from it for a week? Because you maintained that you’ve done nothing wrong, right? You say you’re totally innocent. And if you’re totally innocent than what the hell? Open the door for the guy, take the lawsuit, call your lawyers and say, hey, this is bull crap. Let me know what you need from me. Otherwise you handle it and we’ll be done. But Mo Brooks ran for a month, a month. Tells me he’s got something he wants to keep hidden, which just shows the importance of getting him served with that lawsuit. Bad things are probably in store for Mo Brooks in the near future and hopefully Swalwell’s lawsuit is successful. I’ve mentioned in the past, it’s very difficult thing to prove that they did in fact incite the riot, that their specific words is what gave those people justification to do the specific acts. Very difficult to prove in court, by the way, even with all the evidence we have. However, Mo Brooks running away from it for a month. I don’t know, kind of sounds like the dude’s got something to hide and that could work out in Swalwell’s favor.