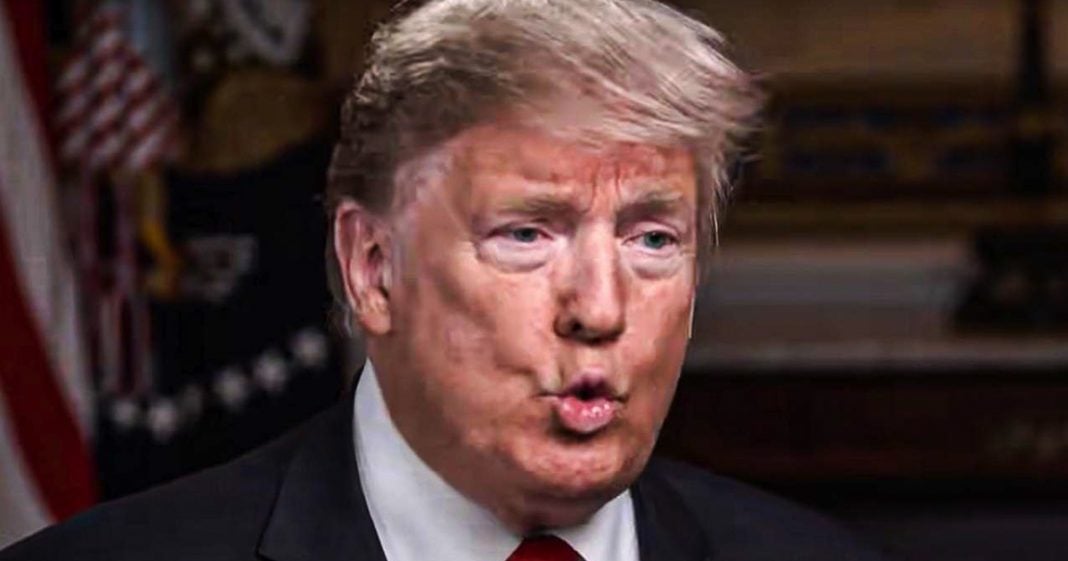 After the company announced that they would be suspending Donald Trump’s account for a full two years, Facebook Vice President Nick Clegg appeared on ABC’s This Week to defend the company’s decision. The decision has left conservatives angrier than usual at Big Tech, while the Left is suspicious about the timing of the lifting of the suspension, which would come right before the 2024 Republican primaries kick into high gear. In other words, no one is pleased with what’s happening, and Ring of Fire’s Farron Cousins explains why.

On Friday, Facebook announced that they were upholding Donald Trump’s suspension and putting it in place for two years. They will revisit that suspension once again, in January of 2023. And then this weekend, VP of global affairs for Facebook, Nick Clegg, appeared on ABC’s This Week with George Stephanopoulos, where he defended the ban of Donald Trump, the suspension really for two years, which by the way, yes, has everybody off. Here’s what Clegg had to say. We understand that making a decision like this is controversial. It’s shouted out, if you like, from both sides, from those people who feel that Donald Trump should be back on the platform immediately and from those who say he should be banned forever, it receives criticism from all sides. Now you see it’s not the, he should be banned forever from the left. It’s the fact that you timed it so that Donald Trump could possibly be reinstated just in time for the 2024 Republican primary.

That’s the thing that’s off the people on the left. You did that intentionally. You left it open-ended and you put it at such a time that if the guy chooses to run for president, hey, January, 2023, you’re back in action. Go ahead, spew your propaganda, spew your lies, and we’ll cover it all here, right on Facebook. That is what is so obnoxious about this. There’s plenty of other folks, by the way, on both the left and the right who have done far less than Donald Trump did to get banned and they’re, they’re banned for life. You know, they don’t get the option to come back in six months or two years. There haven’t been repeated panel meetings to discuss the banning of these individuals. They’re just gone for good and that’s ridiculous. But what drives me crazy here and always has driven me crazy is the free speech warriors, saying that we can’t let these big companies limit free speech.

Donald Trump’s freedom of speech has not been limited by any stretch of the imagination. Donald Trump is still free to go out there and say what he wants to say. What he is not free from are the consequences of that speech and a private company, which is what Facebook is, does indeed have the right thanks to Republicans to limit that speech on their platform. He can still go out and shout it on the street corners. He can go out and shout it on other social media sites that he is not banned from. It may not have the reach, but you’re not entitled to reach. There’s nothing in the constitution that entitles you to an audience and that’s the thing I think conservatives repeatedly forget about. This is not some big Facebook conspiracy against conservatives.

The top pages on Facebook each and every week are almost all conservative pages. Every now and then a Robert Reisch or Rachel Maddow post will make it into the top 10. Other than that, it’s really Ben Shapiro, Fox news and Dan Bongino. So it’s not a conspiracy. But it is a little suspicious that they want to revisit it in January, 2023, just in case Trump throws his hat into the ring. I believe Facebook should suspend him forever. That’s what I believe should happen. And let’s get something straight here, even though he’s suspended, that doesn’t mean he’s really banned from the platform. His verified Facebook page is in fact still there and his followers can still post to it. So it’s not even like the guy actually left. So that’s what’s really happening on Facebook and anyone else crying otherwise is just doing it because they want the attention on them.