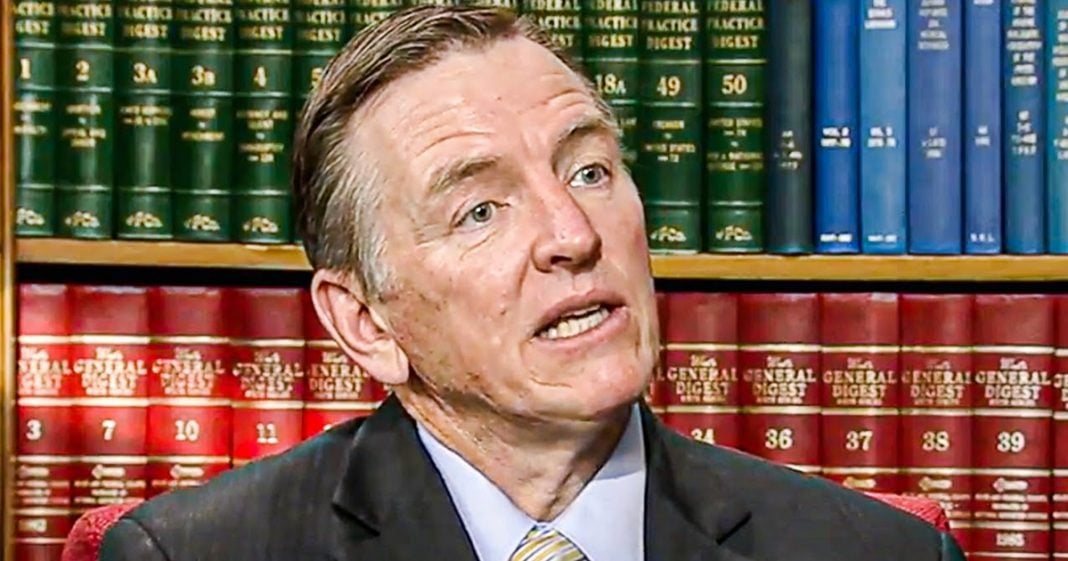 Republican Representative Paul Gosar has now been implicated in a plot to disrupt the Arizona recount that took place following the 2020 election. Leaked messages obtained by the Washington Post reveal that Gosar had wanted to use the Proud Boys to create his own version of the “Brooks Brothers Riot” in order to disrupt the recount taking place in Arizona. The plot never materialized, but the messages implicating Gosar are very real. Ring of Fire’s Farron Cousins discusses this.

Republican representative Paul Gosar, needs to be expelled from Congress immediately. Reports have come out this week, suggesting that Gosar was a part of a plot to actually use the proud boys to somehow stage some kind of riots similar to the Brooks Brothers riot in the 2000 recount. But Gosar wanted to use the proud boys to start a riot in Arizona during the recount that took place after the election, in order to somehow stifle Biden’s win. Here it is as reported by RawStory. Woodrow Johnston, the vice-president of a political consultancy McShane LLC, told an undercover liberal activists posing as a Trump supporter, that Gosar wanted to use the far right proud boys gang to disrupt the certification of the 2020 election in Arizona. Uh, we might need to do the same here in Nevada, Johnston added in his message. The protest that Johnston organized remained peaceful and did not actually disrupt vote counting.

Now, the way we know about this, where all of this came from, is the fact that these messages were leaked to the Washington Post. So there are receipts to verify that at the very least these conversations took place. Now, Gosar denies any involvement whatsoever, but it seems unlikely that Johnston here would just randomly bring up Gosar name and say, oh yeah, by the way, Gosar wants proud boys to come in and do this, heh heh. Weird thing to make up, weirdly specific thing to make up. So as I said, Gosar needs to be expelled from Congress and sure, I’ll give him the benefit of the doubt. We can do a full blown investigation. We can have hearings. We can do all of those things and give him the utmost of due process. But I don’t think it’s going to change any of the facts that we already know, because again, we have, the receipts. Gosar is a threat. Gosar is un-American. And when I say threat, I don’t mean to the Democratic party or whatever. I mean to the United States of America itself.

That’s what I mean when I say that this person is a threat. Actively trying to help stage a rebellion so that the votes can’t be counted, not exactly the kind of human being that you want serving in the United States House of Representatives. But as I put on Twitter earlier this week when this story broke, um, yeah, I can’t wait for Congress to do absolutely nothing about this because that’s probably what’s going to happen. Democrats don’t have the numbers on their own to expel him. Republicans are so weak and mealy mouth that they’re not going to do anything. They barely punished Marjorie Taylor Greene for all of her insanity. So Gosar wanting to work with the proud boys to help overturn a US election. Yeah. That’s probably not even going to be a blip on their radar, but it should be. And if it’s not, then it needs be a massive ping on the radar of every single American as we head into the midterms. This is disgusting behavior. This is unacceptable behavior. This is un-American behavior. So is this really the kind of guy you want representing your party in Congress Republicans? Because right now, it appears that it is.