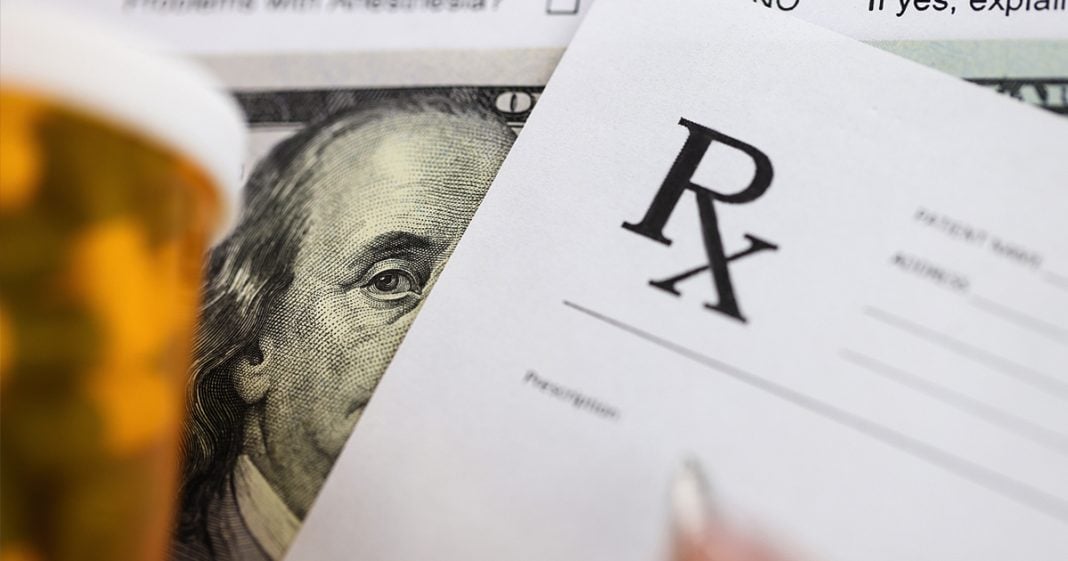 Mike Papantonio:             Drug companies are using the profits from their outrageously inflated, inflated drug prices to fund ads attacking a bill that would get drug prices under control, spending a ton of money here, man. I, they’ve never spent $450 million in this. I mean this, this kind is the of money going out right now. So they can Jack up prices on things like cancer drugs that are need to live. And they’ve gone to what, 82% on a cancer drug, just in the last year.

Farron Cousins:                  Yeah, they, they, they have, and then of course you have, you know, one of the big ones, one of the blockbuster drugs is Humira. You know, you see, you can’t turn on cable TV without seeing an ad for Humira. They’ve raised the price on that over the last couple of years, 27 different times by 470%. And they made so much money off that, that the executives at AbbVie, who raised the price on it, what it, they made $480 million is what they gave themselves while screwing over consumers. A yearly dose of Humira is $77,000 here in the United States.

Mike Papantonio:             And these guys in the, and the executives have pocketed $480 million just by raising the price on that drug.

Farron Cousins:                  And when they’re not putting this money back into their own pockets, they’re funneling it to corporations in the form of direct donations or paying their high priced lobbyists to go out there and attack any politician that doesn’t want these same companies to go out there and price gouge consumers, and that’s what’s happening now.

Mike Papantonio:             You know, you know what really, I didn’t quite understand this. I hope it’s not true. But it looks like Bernie says let’s negotiate with these, with these mega corporations and see if they’ll work with us. My answer is you can’t negotiate with sociopath’s. They are absolutely sociopath’s, Farron. I’m across the table with them all the time and you know, this guy in another life would be dangerous. He’s dangerous in this life because he’s killing people. Anyway, nothing really changes in the drug market, does it?

Farron Cousins:                  No, absolutely not. And I think we’re beyond negotiating with these individuals. I don’t even think that should be an offer on the table. They’ve had decades to get this under control. They’ve seen the public outrage, the death toll. They’ve refused. So at this point, take it over and make it happen.

Mike Papantonio:             Again it’s not a Republican issue. It’s not a Democrat issue. It is both parties that bow down to this industry every time the issue comes up.