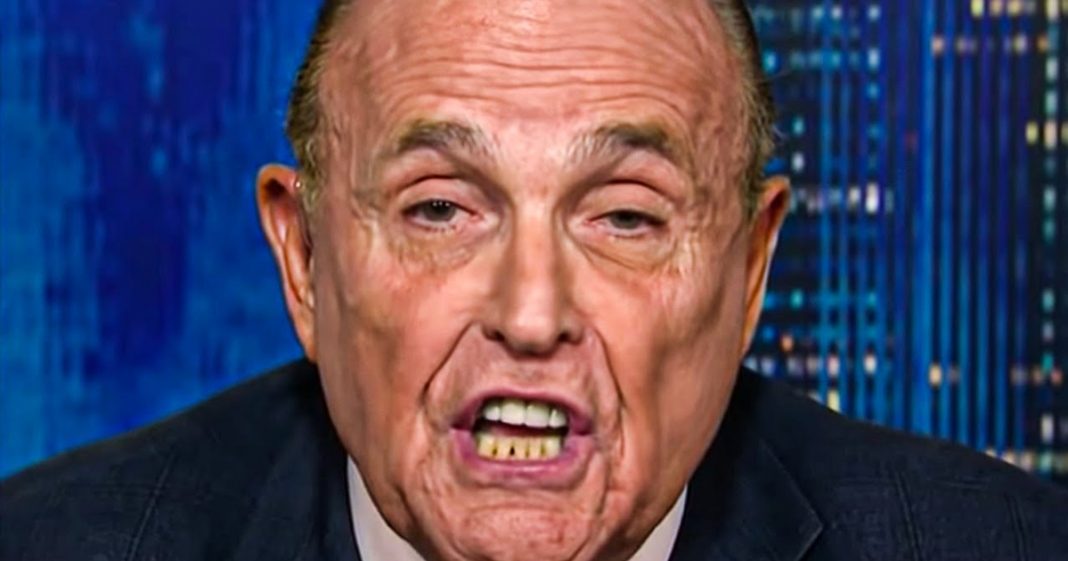 While the full details of the federal investigation into Rudy Giuliani haven’t been released, information was leaked this week that shows that the feds are looking into Giuliani’s consulting firm to determine whether or not he acted as an unregistered foreign agent. Giuliani swears that he never lobbied the government on behalf of his clients, but he did boast about landing a massive Ukrainian contract shortly before that whole scandal began. Ring of Fire’s Farron Cousins explains what’s happening.

Not a whole lot is known about what investigators are looking for in the investigation into Rudy Giuliani acting potentially as an unregistered foreign agent. We know it has something to do with Ukraine, but really they’re keeping, you know, a pretty tight ship here. But this week information was leaked showing that the feds are looking into Giuliani’s business, which is Giuliani security and safety GSS, because they believe that through Giuliani safety and security, security and safety, excuse me, he’s been possibly acting as an unregistered foreign agent. Here is where this all is. And again, this is a very tangled web. I’m going to do my best to unravel it here just a little bit, at least. We know that Giuliani’s two buddies from the Ukraine, Parnas and Fruman, they’re facing some pretty, pretty serious charges, not horrible, but they’ve both been indicted.

They’re both awaiting trial. That’s going to happen pretty soon. Giuliani was joined at the hip with these two individuals. He worked with them, allegedly, we have to say, to get dirt on Hunter Biden, on Joe Biden, to bring it back to Donald Trump. And that of course could be seen as working with a foreign government to influence the United States election. That is what we knew so far about the investigation. But if the feds are looking into Giuliani’s business, which does in fact do business all over the globe, and he did have a contract with the Ukrainian government that came about in roughly 2019, I think it was, right around the time all this started. Then yeah, that looks very suspicious. He also has contracts in other countries. Bahrain is one of them that was mentioned here. And they’re concerned and they’re trying to find out if Giuliani through his connection to Donald Trump was basically lobbying on behalf of these countries to Donald Trump.

In addition to doing whatever the work was he was hired to do for these companies, which again, we don’t even know really what that is. So the whole thing could be possibly one big, you know, scheme to get money from foreign countries. And in exchange you go and you try to influence policy on behalf of that country. We don’t know, neither do the investigators at this point. This is what they’re trying to figure out. But this story is important because it does kind of shed a little bit more light onto what they’re actually looking for. Is the entire Giuliani security and safety business just a front for foreign actors to influence the US government, or is it a legitimate business being run by Rudy Giuliani? Who’s just stupid to understand that you can’t do the whole talking to Trump thing while you’re running this kind of business. We don’t know. And we won’t know, unfortunately, until the investigation concludes.