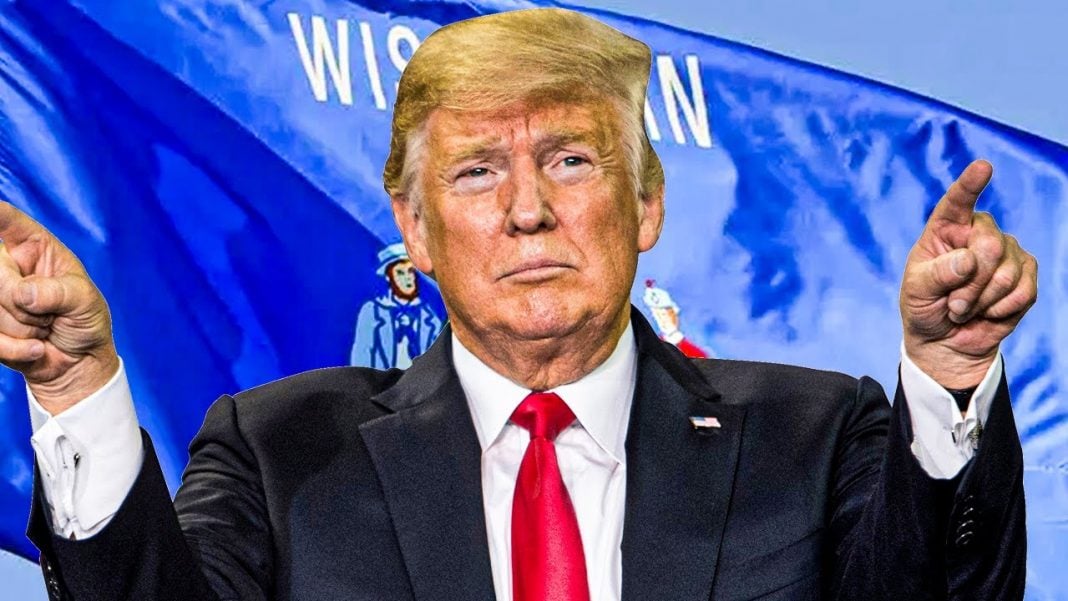 Republicans in the state of Wisconsin have now hired former police officers to conduct audits of ballots cast in the state in the 2020 election. This is in spite of the fact that there is little to no evidence of fraud or any other red flags that would warrant an audit. Republicans across the country are out of control, and Trump’s Big Lie continues to spread and it threatens our democratic processes. This will become the new norm for both parties if it is allowed to continue, as Ring of Fire’s Farron Cousins explains.

Last week, Wisconsin became the latest state to announce that they too were going to be indulging Donald Trump’s big lie about election fraud and they actually went about hiring former police officers to go ahead and conduct investigations into possible voter fraud, doing whatever they have to, to pursue this. Probing it, perhaps even doing ballot audits, just like we’re seeing in Arizona and now Georgia and of course, Michigan. And Republicans in the state are the ones who made this happen because apparently the state of Wisconsin had little under three dozen instances that they thought were suspicious with the 2020 election. So fewer than 36 instances where there was suspicion, not even confirmation, okay. Because all the ballots, by the way, get certified, there are mechanisms in place to catch these kinds of things, to look into the suspicions when you think somebody may have committed voter fraud.

There is a full system in place, not just at the state level, but also at the federal level. So if there was legitimate voter fraud that they suspected, it would have already been investigated. And if it had already been investigated and no charges were filed, it would have been determined to be perfectly legal. But that’s not good enough for these Republicans in Wisconsin. Nope. So, you’re going to have cops, former cops, going around, interrogating people, I guess, looking through ballots, trying to find this voter fraud, because God we got to prove that Donald Trump actually won by 36 votes. Like what the? This, this, this is nuts. This is nuts. I can’t, I can’t even do this anymore. I really can’t. We don’t have a country anymore. We do not have a, a democracy in place. It’s not a Democratic Republican, it’s nothing. It’s a bunch of weirdos who are calling the shots at every friggin level.

They have destroyed our entire election process here in the United States. It’s done. Folks, we’re not going to go back to the way things were. Do you understand that? Every couple of days now we’re getting new reports like, okay, now this group in this state is going to start some kind of ballot audit or secret investigation into voter fraud. It’s happening constantly here and every single one of them is being driven by these MAGA hat wearing Trump’s supporters who refuse to embrace reality and instead want to indulge the former president and his big lie about election fraud. It’s done. It’s getting worse. Our elections are never going to be the same again. But from crisis comes opportunity, right? We saw it during the pandemic. And I think we have a perfect opportunity right now to completely overhaul our entire electoral system here in the United States.

Republicans say they got a problem with it. Then let’s do something about it. And let’s start with abolishing the electoral college. Go to a national popular vote. That way a vote in the state of Florida counts just as much as one in Wyoming. A vote in California counts equally as much as one in Texas. There’s no more electoral college. There’s no more nonsense. It’s every single voter gets to make their decision and their decision counts equally. It doesn’t get erased because they’re in a minority in their state. That’s what happens now. I’m in Florida. I didn’t vote for Republicans anywhere on the ballot, literally ever. But because this state trends red, my votes basically disappear with the electoral college.

We should undo that. We should get rid of that. And now that Republicans are attacking every single piece of our democratic process, that seems like the perfect opportunity to do it. Because if we don’t come up with some kind of overhaul, if we don’t put an end to all of this right now, this is going to become the norm after every single election. We are more than six months past the 2020 election and these idiots still refuse to move on and keep reopening and relitigating what happened in 2020. And I can promise you, they’re going to continue to do it until the next election, unless we stop them by overhauling the entire system. Burn it all down and rebuild from scratch.