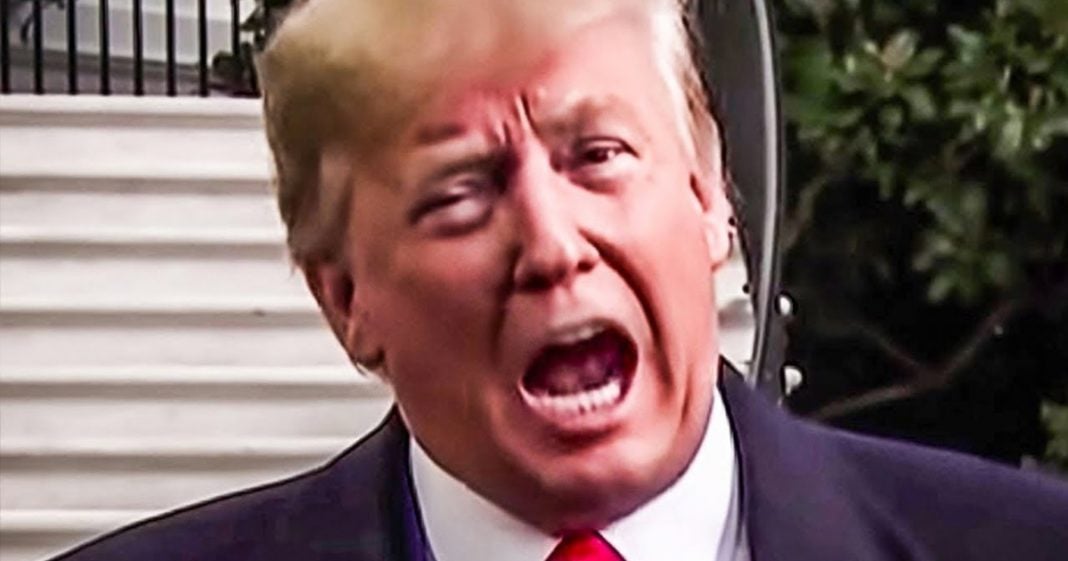 According to new reports, Donald Trump is fuming over how much money he is having to spend to defend himself from all of the lawsuits that he is currently facing, not to mention the investigation in New York. The former President is absolutely hemorrhaging money, and with so many trials, depositions, and investigations still to come, the money is going to continue flowing out the door until all the matters are resolved. Ring of Fire’s Farron Cousins explains what this could mean for the former President.

According to a new report from Business Insider, Donald Trump is furious about the fact that he is currently hemorrhaging money just to pay for all of his legal fees. And by the way, outside of the New York investigation, which of course is the big one, but outside of that one, there are two dozen lawsuits against the former president of the United States. Everything from allegedly inciting the insurrection to harassment and defamation. This guy is being sued for everything that he has done, in some cases all the way back to the 1990s. So yeah, he’s got a lot of lawsuits he has to defend himself from, and in some of those instances, sure, you can have the same lawyers working on the same cases, but if it’s too different, not similar enough to another case, it’s very difficult to have the same lawyer. So you have a lot of different lawyers out there in Trump world, and they’re working on a lot of stuff.

They’re racking up a lot of fees and he has to pay that money. If he doesn’t pay that money, he loses the lawyers. If you lose the lawyers, as these cases are now that he’s not president anymore, getting closer and closer towards things like depositions and discovery and possibly even trials in the near future. Yeah. You kind of have to keep paying these people. And as Business Insider reports, those closest to Trump say, he’s getting furious about how much money he’s having to spend. And of course, Insider also reports that Trump has still not paid Rudy Giuliani for any of his legal work. And I’m sorry, but I find that hilarious. And honestly, you know what, if you’re going to stiff anybody on their bills, stiff Giuliani. Not that I’m condoning anybody not paying their bills, you should always pay your bills.

But, but come on. Do you think Rudy Giuliani actually deserves any payment for his work on the election lawsuits, really? Can you look at that body of work that the former New York mayor did and say, oh, he earned his money there? Yeah, you may have put in the time, but you didn’t put in any effort, Rudy. So I don’t feel bad for you if you continue to get stiffed on this. It’s just another example of how Donald Trump doesn’t give a about you or anyone else. And trust me, if he could stiff all these other lawyers working for him, he would do that too in a heartbeat. But he knows he’s dependent upon them. Giuliani’s basically out of the picture at this point, facing his own legal problems that he, by the way, is also having trouble paying. And that Trump has said he is not going to pay them and he’s told aids to not associate with it at all.

So yeah, look, I would love nothing more than for Donald Trump to just be continuously bled dry financially as these lawsuits drag on and on and on. That’s what this man deserves. And here’s another thing. If in the event, Donald Trump does somehow run out of money, which I don’t think would happen, but again, we don’t know exactly how much money this guy actually has cash on hand. But if he has to continue to pay these legal fees, if these cases continue to drag on and advance, he may end up having to liquidate some properties, which means there could be fewer buildings across the globe with Trump’s stupid name on it, just so he can pay his legal bills. That is what I’m hoping for. And I know a lot of folks watching this are probably hoping for the same thing.