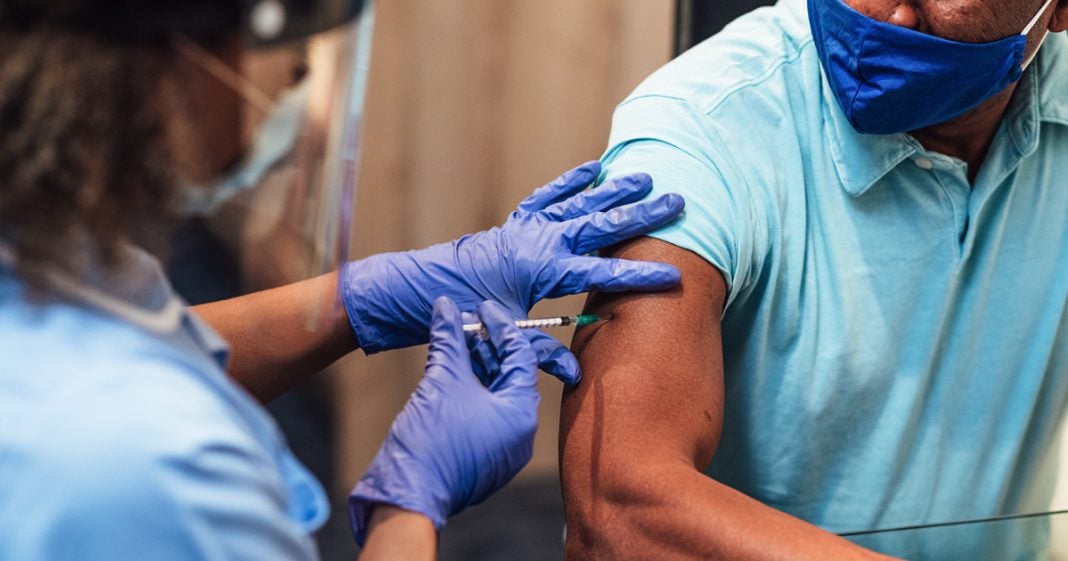 Via America’s Lawyer: Many states encourage Americans to get their COVID shots by using cash lotteries as incentives. Mike Papantonio and Farron Cousins discuss more.

Mike Papantonio:             And finally tonight, some good news. COVID vaccination rates are finally ticking back up, thanks to some clever maneuvers by state governments. Farron Cousins joins me again to talk about this story. I love this, I love this story. I mean, it’s kind of sad that places like New York and Maryland and Ohio and Oregon have to say, we’re putting a million dollar lottery up, so maybe you can come get a vaccine and save your life. It’s, it’s kind of odd. But what’s your take on this story?

Farron Cousins:                  So states are like, listen, okay, we’re going to do whatever it takes to get things back to normal, to get people safe and to stop the death toll. So how about we offer you a million dollars? You go get you two vaccines. You submit your little card. We enter your name for a drawing for a million dollars. I think it’s a wonderful idea.

Mike Papantonio:             Look, you got, what you have is about 13 or 14% of the American public who say under no circumstances will they get a vaccine. I don’t know that you’re going to move into that area. But the truth is you don’t need to. You need about a 70% saturation with either people who’ve had, have already had COVID or they’re getting the vaccine. When you reach that kind of number, you’re in pretty good shape, aren’t you?

Farron Cousins:                  You, you are. And, so, you know, we could be hitting that 70 to 80 mark, hopefully this year and, and other states too, you know, we we’ve got a four or five doing it right now. I think 10 other states are reaching out to these states saying, hey, give us the details on how to do this because we want to do it too. And of course, nothing motivates people more than money, especially here in the United States, it’s what makes the world turn.

Mike Papantonio:             It creates the buzz. And look, you know, in, in, in support is some of the folks that don’t show up, they, a lot of them have reasons. Okay. They, they’re worried about the fact if they show up and they get sick, they’re going to lose work. They’re worried about the fact because they can’t be totally sure that there’s not something unusual about, about their chemistry that’s going to cause some aberrational kind of result. And, and, and I understand that. But I think what this does is at least says, take another look at it, you know, and what’s, what’s going to at least see is a short term, increase, aren’t’ you?

Mike Papantonio:             And that short-term increase is important and people getting the vaccination.

Farron Cousins:                  Well, hopefully what you see too, if you have a group of people that are hesitant and one of them gets it, it comes back and they see, hey, nothing happened. Okay. Well now maybe I’m more inclined to get it. So you do hope for the bandwagon effect a little bit. And, and really that’s what we have to do at this point because all the people who are diehard ready to get the vaccine, I know you and I were among those people.

Farron Cousins:                  Right. So we’ve, we’ve kind of run out of the enthusiastic people and now we’ve just got to convince everybody else, hey, we all want to get back to normal and this is the fastest way to do it.