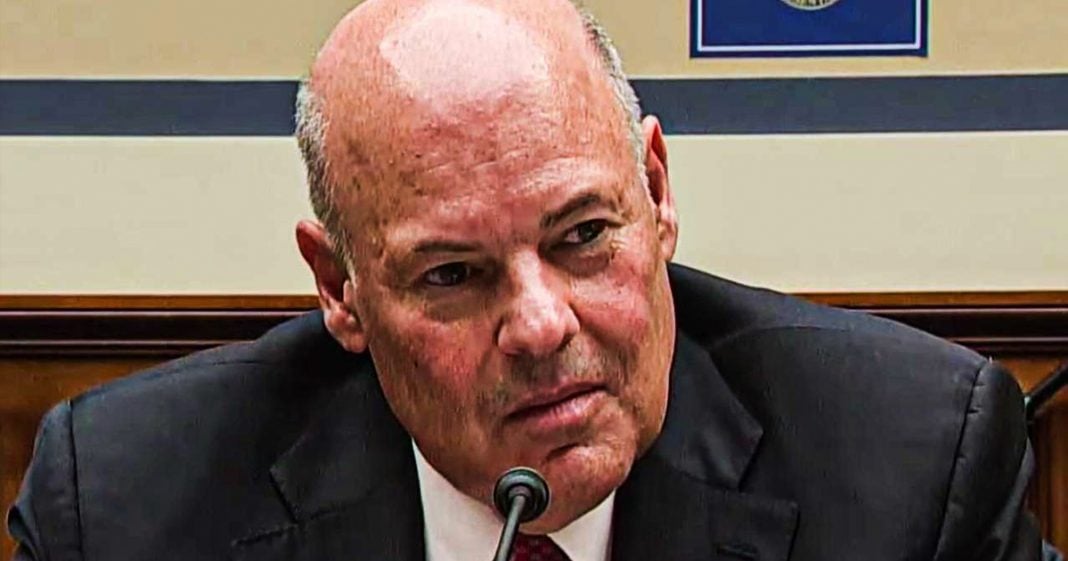 Donald Trump’s handpicked (and still on-duty) Postmaster General Louis DeJoy is now the target of an FBI investigation to determine whether DeJoy used financial incentives to get his employees to make donations to certain political candidates. If true, DeJoy could be looking at a fairly decent stay in a federal penitentiary, which might finally get the postal board moving on removing DeJoy as Postmaster General. Ring of Fire’s Farron Cousins explains what’s happening.

Louis DeJoy, who was the handpicked postmaster general by Donald Trump, who by the way, is still postmaster general of the United States, is now under FBI investigation for allegedly pressuring his employees from his private business, not from his role as postmaster general, that we know of, in his private business that he owned pressuring employees to give money to Republican Candidates. And according to what we know, if they played ball and gave money to Republicans, he would then reward them with bonuses or other prizes. That is what the investigation is looking into. Again, right now, this is all allegations. He has not been charged with any of this. But we now have a postmaster general under FBI Investigation, a postmaster general that has not yet been removed, even though he should have been removed in the early days of this administration. Now, unfortunately only the board that oversees this has the authority to do that.

Congress cannot do it. Joe Biden cannot do it. Just that board. Now the president can appoint people to that board that then have to go through the approval process. So that’s where the presidency and the legislative branch coincide in, in doing this. But then the board could fire DeJoy, then they’d be able to pick somebody else, but that has to happen. That has to happen immediately. Not just because of the investigation that’s going on either, but because of the fact that DeJoy spent the last year systemically dismantling the post office, making it less efficient, making it worse, just to help Donald Trump try to steal the 2020 election. That alone is grounds for removal. And DeJoy, of course, should probably want to get out of the job because the longer he stays there, the more the public spotlight is on him, the more things like this new investigation are going to happen. You are universally hated, Louis. And maybe if you want to save your butt from spending your last few golden years in prison, maybe you ought to consider resigning.

Maybe go talk to the feds. Maybe try to work out some kind of deal so that you don’t end up behind bars. Because if what they’re investigating turns out to be true, this is a very serious criminal offense that yes, people do go to jail for. We have seen it happen on the right and the left in the last 20 years. Lots of folks go to jail for pressuring their employees to make political donations and then rewarding them when they do it. If DeJoy did this, there’s little he can do to avoid prison time and I hope he gets convicted. I hope they find evidence that this happened. And according to two former employees, it did happen. So if they have evidence of this, which I would assume they would, they can clearly look at whether or not these people gave political donations. That’s open records. They can then check bank accounts and check stubs to see if the joy somehow reimbursed them. Unless of course he gave them cash, which is doubtful. And we’ll take it from there. Seems like a fairly easy investigation and hopefully it ends with Louis DeJoy behind bars.