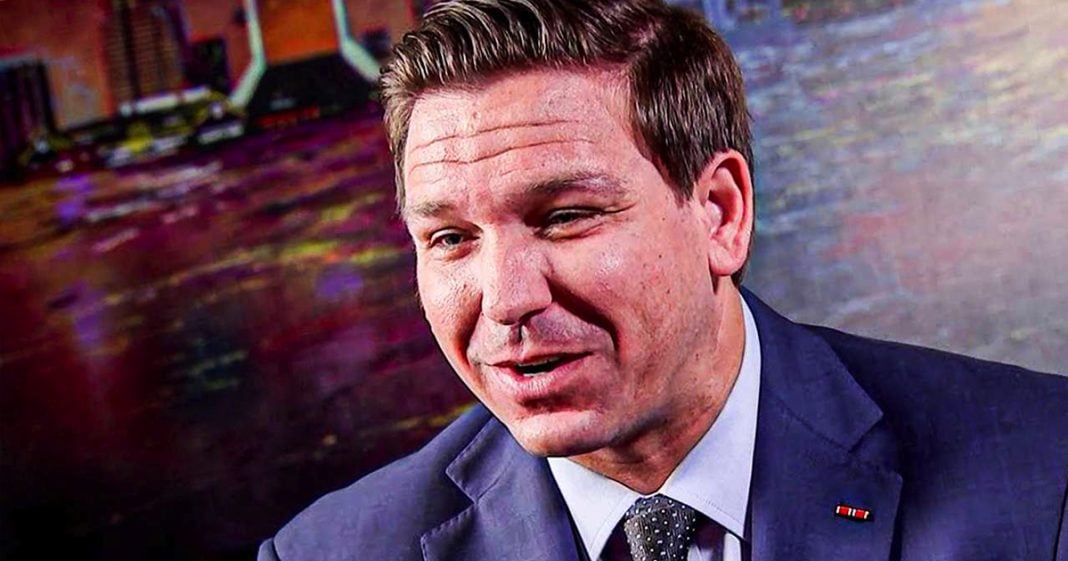 Republican governors are happily cutting unemployment benefits to unemployed workers in order to force them back into the low-paying jobs that they lost during the pandemic, but a Congressional report out this week shows that this is going to be terrible for local economies. As these workers go back to making less money, they will have less money to spread around locally, creating a ripple effect that could cost economies around $12 billion. Ring of Fire’s Farron Cousins explains what’s happening and why Republicans don’t care.

Republican governors across the country, I believe we’re up to 26 now, have decided to opt out of the additional unemployment payments coming from the federal government, the extra $300 per week, 26 Republican governors have said, thanks, but no thanks anymore. We would rather force our people to go back to work for poverty wages than let them continue to make more money by getting unemployment. Well, the joint economic committee in Congress this week decided to take a look at what that’s going to do to local communities. And it turns out they found that this is going to cost local economies, $12 billion over the next few months, by taking away the extra unemployment money and instead forcing these people to go back to work for poverty wages. So, instead of, as Republicans say, we’re going to boost the economy by forcing people back to work, the numbers, the data shows that this is actually going to hurt the economies.

This is a worst decision than letting people collect the extra unemployment because what’s going to happen, the report says, is these people are now going to go back to these jobs. They’re going to be making less money than they were on unemployment and therefore unable to pay as many bills as they were to support themselves. Buy, buy food for their families, enjoy three meals a day. Those are luxuries that are apparently going to be going away because Republican governors would rather tank their own economies then let poor people have a little extra money. Because of the end of the day that’s what this is really about. This is about working class Americans finally getting a, a tiny taste and not even a real taste, more, more like a sniff of what it’s like to be able to pay your bills for a little bit. To not have to scrape by, to not have to put off paying the power bill, or paying rent.

Millions of people got a taste of what that was like. And Republicans are taking it away. Not because it’s economically the best decision. We know now it’s not, it’s going to cost you $12 billion. But because they want their corporate donors to get their, their little workers back and they’re going to keep paying them the below poverty wages. They’re going to struggle to make ends meet. But those massive corporations are going to be doing just fine. And they’re going to keep making enough money to keep funding these Republican politicians who are going to in turn, keep pushing policies that keep these workers in poverty. That’s the cycle. When we say systemic poverty, this is what we’re talking about. This is the cycle. You force these people to go work for slave wages, the corporations make all the money. The corporations then pay off the politicians.

The politicians then don’t do anything, such as raising the minimum wage, so that Corporations can keep a little bit more money in their pocket. Even though these same corporations have already admitted that if we raise the minimum wage, they actually make more money. So yes, it’s systemic. It’s also idiotic because none of it makes any sense. It’s all counterintuitive. It’s all, everybody working against their own best interest and I, for the life of me, can’t understand it. But I’m assuming some MBA holding shareholder somewhere has a much smarter brain than I have. And they’re the ones who say that, even though we’re better off if we raise the wages, let’s keep doing what we’re doing because I’ve got a fancy Ivy league degree, even though all the data is proving me wrong.