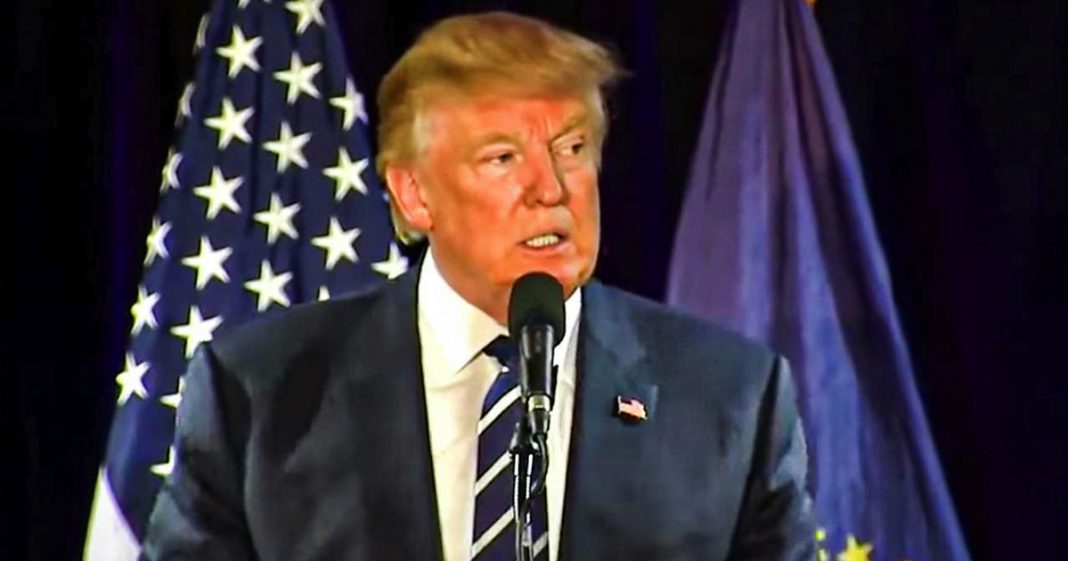 The Republican Party isn’t happy that Donald Trump is heading back out on the road for rallies this summer, but Democrats are loving the idea. His appearances are going to remind the public why they voted against him in the first place. Indeed, there is absolutely no good that can come from these rallies, and about the best thing that Republicans can hope for is that they don’t cause them too much damage. Ring of Fire’s Farron Cousins explains what’s happening.

Well folks, we’re just a couple of weeks out from Donald Trump resuming his ridiculous rallies across the country. We don’t know how many he’s actually going to have. We don’t even really know when they’re going to begin for certain, but he said he wants to resume rallies in the summer. He’s planning on it. So it’s a thing that’s going to happen. And of course, Republicans, according to reports, are very unhappy that this is happening. Meanwhile, over on the other side of the aisle, Democrats couldn’t be more pleased that Donald Trump is about to go out there and remind people why they voted against him. Max Burns had a wonderful opinion piece this week in NBC news, where he talked about the fact that this is the best possible thing that Democrats could hope for right now. And he mentions, you know, we’re about to come off the honeymoon period for Joe Biden. You know, everybody gets a couple of good months in there where people are just, whew, at least it’s not the other guy. And of course with Biden, that’s on steroids.

But eventually the public’s going to start asking questions and starting to say, you know, hey, we can’t, we can’t just say, well, at least you’re not the other guy if you’re not delivering for us. So as that wears off and as people do start to ask those questions, Trump’s going to come back out in his little rallies, spread nonsense, spread hate, spread misinformation, continue his big lie that the election was stolen, even though it wasn’t. And it’s going to remind the voters, oh yeah, I remember why I didn’t like this guy. I remember why I’m glad that he is gone. And of course, I remember why I don’t like the Republican party anymore because this is the guy they’re all rallying behind. The best thing about this is that for the Republican party, there’s literally no good outcome of Donald Trump doing these rallies. There isn’t a single thing that can happen to them that’s good as a result of Donald Trump going back out there and being in the public spotlight. The best they can hope for is that it doesn’t cause any more damage, that it has a neutral effect, because they know that it’s not going to have a positive effect on anything.

Meanwhile, Democrats are hoping Trump does go out there and make a complete fool of himself and of course, remind the public, that this was the guy they reject. But Democrats also have more work to do. Okay. You can’t just ride another four years or even, you know, a year and a half to the midterms saying that, hey, look how stupid and bad Trump is. That’s not a winning strategy. People know that. Some of them need the reminders coming with the rally. Sure. But you can’t run against Donald Trump in the 2022 midterms. He’s not on the ballot. Yes, the Republican party is following him. But if you just keep saying Trump is bad, that is absolutely not going to win you any seats in 2022. So if the Democrats continue to deliver, not just try to deliver, you actually have to deliver on progressive policies that actually help American citizens that are overwhelmingly popular. Get Manchin and Sinema in line and couple that with Donald Trump going out there making a complete fool of himself and the Republican party, and then you just might have a winning strategy. But it takes Both sides of it. If you’re missing the policy side, bashing Trump for another 18 months, isn’t going to do much for you.