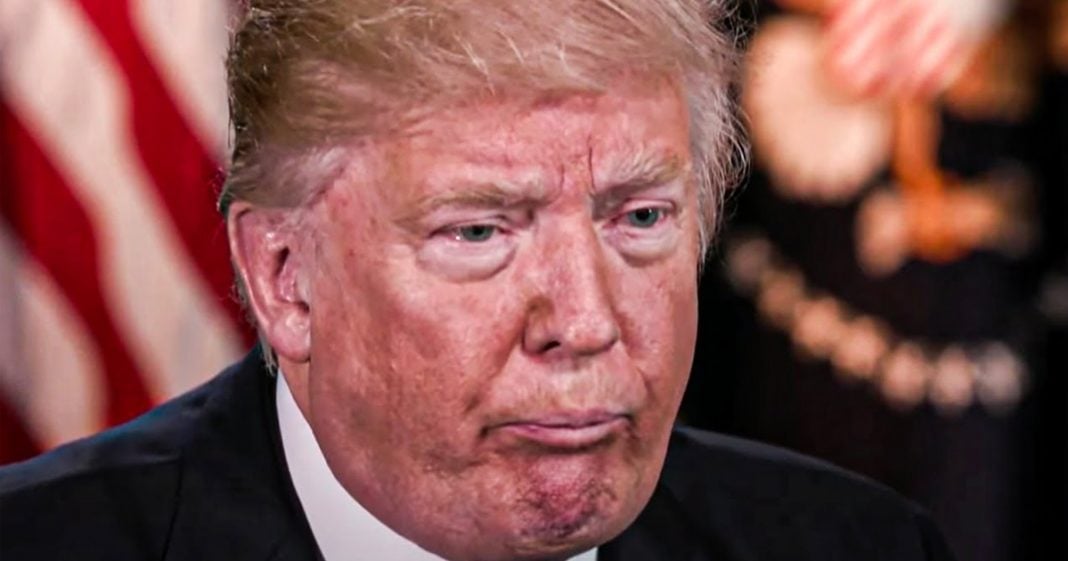 Donald Trump’s pathetic blog was shut down for good over the weekend, but not before he and other Republicans begged their supporters to go read it. An email sent out by the National Republican Congressional Committee begged readers to go check out the blog or else Trump would know that they “have abandoned him.” The email was incredibly pathetic, but so was the dismal attempt by Trump to stay relevant. Ring of Fire’s Farron Cousins explains what happened.

In case you haven’t seen the reports, it was announced yesterday that over the weekend, Donald Trump officially shut down his little personal blog he had created because nobody cared and nobody visited his little blog. But a little bit of interesting information came out after the announcement of the closure, which was confirmed by Trump’s aides. There were two reason emails, one from the Trump group, and then one from the national Republican congressional committee, both of them begging people to go visit Trump’s blog because he, I guess, because he’s got hurt feelings. Here’s the email. This is part of the email from the Trump group. Trump is still waiting for you to sign up to his new social media platform. This can’t wait. Big tech is trying to shut down and silence conservative voices, do your part and fight back, help elevate president Trump’s new platform. And of course that one didn’t work. So then of course the national Republican congressional committee, they paid for an email blast and it said this.

It’s embarrassing fellow conservative. Trump launched his new site and you haven’t said you’ll join. Don’t reply and he’ll know you abandoned him. Could you make the guy sound any more pathetic? I mean, look, I’ve been trashing this idiot for five years here on Ring of Fire and even I can’t come up with something that makes him sound as pathetic and desperate as the Republicans just did like, oh, he knows you’re not there. And if you don’t reply, he’s going to think you abandoned him. Is that what you want? Do you want his blog to go under because that’s what’s going to happen. Y’all are ridiculous. Like absolutely pathetically ridiculous. Now a couple of weeks ago and by the way, I think the blog was actually only active for 29 days, 29 days. So before, like about a week or two after it launched, which would have been, I guess a week or two before it was shut down, the stories came out, saying that nobody was going to Trump’s blog.

Nobody cared what he had to say. Nobody was sharing the posts. And let’s not forget, that was the whole goal of this because Trump was banned from Twitter and Facebook. He was going to put these little posts on his blog. It’s, I don’t know why they call it a social media platform. You can’t go on there and post stuff either, only he can. That’s a blog dude. You made a blog and it failed. So anyway, he was going to put these little posts up on his blog. His hardcore dedicated followers were going to go to the blog a couple of times a day, copy and paste what he had said, and then send it out on social media. Basically they were supposed to go and get their marching orders from Trump and then deliver them to the rest of the crew and they just never did it. Or at least never did it in any kind of numbers that warranted this thing to stay alive. So Trump’s blog is dead because his supporters either couldn’t figure out how to copy and paste, or maybe they’re not as enthusiastic about him as he’d like to think.