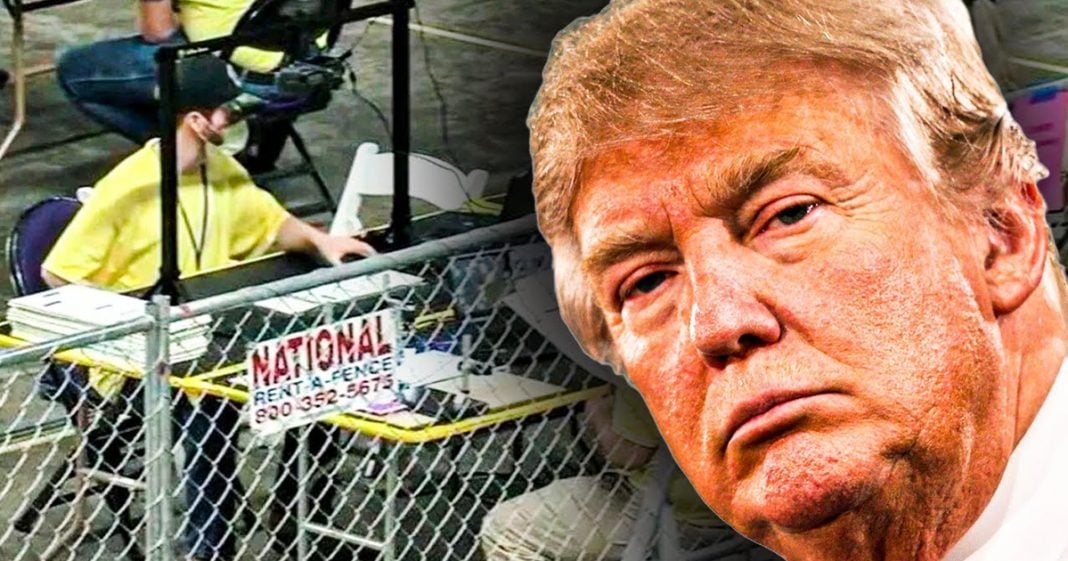 If you needed any further proof that the ballot audit taking place in Arizona was anything more than political theater, consider this new development: Republicans have now opened up the audit for tours. This entire spectacle was a farce from the beginning, and Republicans are now trying to make it into a sideshow attraction to appease the crazier members of their Party. Ring of Fire’s Farron Cousins explains what’s happening.

If you wanted any further proof that what is taking place with the Arizona ballot audit is nothing more than a Republican freak show, then consider the fact that starting today, they’re going to be offering tours where certain lucky individuals get to go in the room where they’re auditing the ballots. Look at them as if they’re freaks on display from the 1920s, and then maybe take those same tactics back to their home state because these tours are not open to the public, yet. I imagine if this goes well, they may open it up. But no, no, no, no. What they’re doing today is they’re having lawmakers from Pennsylvania, Republican lawmakers, come in and take a tour of our audit facility. See what you like, see how we’re doing it. And then if you’re good enough, maybe take it back to your home state and make a complete farce out of our democratic processes here in the United States.

That’s what today’s little tour is about. But let’s not, let’s not get ahead of ourselves here. This is political theater. This is literally political theater at this point where these idiots are going to be auditing these ballots and you’re going to have an audience in front of them watching them do it. If that’s not political theater then I don’t know what is. As I’ve repeatedly said, this audit taking place in Arizona is a complete farce and it has been from the beginning. They have uncovered absolutely zero evidence of any fraud whatsoever, because if they had, if they even had a single ballot that they could say, hey, this one’s fraudulent, they would be waving it on every major newscast here in the United States. But they’re not because they haven’t. Right. These aren’t Republicans who were big on subtlety, okay.

They’re not stacking it all up and just waiting to drop the bomb for when they finish. They would be waving this in the face of every liberal in this country if they had even an inkling that they might have uncovered some fraud. They haven’t because they haven’t. And that’s the thing that we all have to remember. Now that doesn’t make this any less damaging and certainly bringing in representatives from other states to come and tour your little production here is, is horrible for this country and again, for our democratic processes. Because if these lawmakers do decide to go back to Pennsylvania and do the same thing here, then you’d better believe that more representatives from other states are going to start touring as well. This is the slippery slope that we’ve been warning about.

We’re already seeing audits conducted in Georgia. They’re moving into Michigan. Wisconsin is starting its own, Wisconsin Republicans, are starting their own investigation into fraud, hiring former police officers to go out and investigate all this fraud that didn’t actually happen. Th th this is nutso. It’s absolutely nutso as is anyone who supports this. I am all for transparency in elections. I am all for making sure that there is no fraud. But we’ve already done that. We’ve done that with the recounts. We’ve done that with the previous audits. We’ve done that with the verifications. What’s happening now is not any of that. What’s happening now is a farce that is being dragged out as long as possible because when they finally finish and release their results, it’s going to show that Trump lost. They wasted a ton of money. And that Republicans are bitter, sore loser idiots, who don’t know how to handle not winning an election.