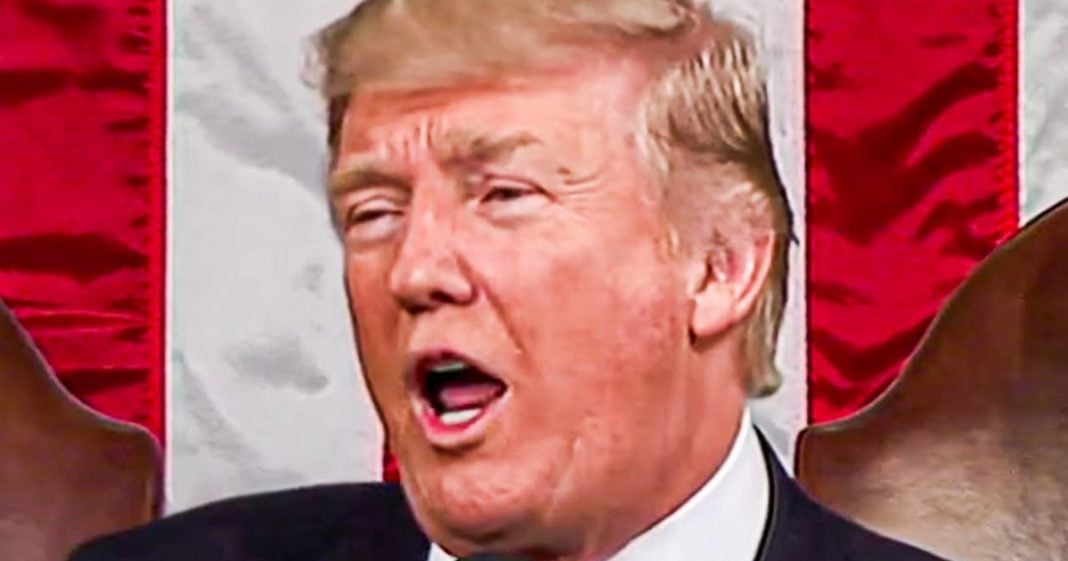 Republican leaders and operatives have been expressing concerns recently about the fact that Donald Trump has drive away plenty of talented lawmakers and would-be Republicans because of his behavior. They now fear that his antics have set the Party back a generation, and this has now become a “generation of lost talent” for Republicans. Ring of Fire’s Farron Cousins explains why they feel this way and why its a scary thought, even for those who despise the GOP.

Politico in recent weeks has spoken to more than 20 lawmakers, ex-lawmakers, top advisors, aids, and all sorts of other members of the Republican party, where they have all said the same thing. And that thing is that they’re terrified that Donald Trump has chased away what they call a generation of talent from the Republican Party. Here’s what they’re talking about. During the Trump years, we saw a record number of Republicans, including plenty of younger Republicans who could have had, you know, 10, 20, maybe even more years to keep running for office. Right. They were, they were in their prime. To be honest, Paul Ryan is one of those people, and I’m not saying we want any of those people in office, trust me. But these were people who had no reason to resign other than they understood the toxicity of Donald Trump, didn’t want any part of it. So there’s a lot of lost talent right there.

They also, these people that Politico spoke to, expressed concern about the fact that there’s plenty of good, talented Republicans, they claim, out there that are not running for office because they don’t want to be associated with what the Republican party has become today. And if you do look around at all the new up and comers in the Republican party, they all have one thing in common. They were all willing to kiss the ring and bow down to Donald Trump. And I’m talking about people, of course, like Marjorie Taylor Greene, Lauren Boebert, Madison Cawthorn, I guess you include Matt Gaetz in that, even though he’s in his third term at this point in Congress. But all of these people are pro Trump people. We’re not seeing a whole, you know, cadre of anti-Trump Republicans winning office around the country. And that’s terrifying to these Republican leaders. They understand that the party cannot survive if it continues to go down the path of Trumpism.

But here’s the weird thing about this. The entire party seems to be in unison, minus a couple of outliers, you know, your Cheney’s, Romney’s, Kinzinger, Meyers. But yeah, those folks are in the minority, the rest of the party, including I’m willing to bet most of the people that Politico spoke to publicly talk about how great Donald Trump was. They publicly don’t do anything to start, stop, excuse me, this march down the path to obscurity that Trump has put them on. So personally, I don’t care what they’re saying behind the scenes. On top of that, I don’t believe there’s a generation of lost talent within the Republican party. It’s been 40 years since the Republican party came up with a new idea. That’s longer than a generation. You had no talent from this last generation. You had no talent from the generation before that. So what the hell are you worried about anyway?

Your party has been on this march towards obscurity very slowly for many, many years now. Even before Trump came along, the gerrymandering, the voter suppression, things like that were the main reasons Republicans still maintained a little bit of power throughout the country. Had it not been for those things, the Republican party would have hastened its demise long ago. But Trump came along and helped do that for them. He didn’t actually put them on that path. He just picked up the pace a little bit, told them to stop walking and start jogging. That’s what’s happening now. There’s no lost generation of Republican talent because there’s no such thing as Republican talent. And I just wish Politico had the courage to put that in their very lengthy article about what’s happening behind closed doors of the Republican party.