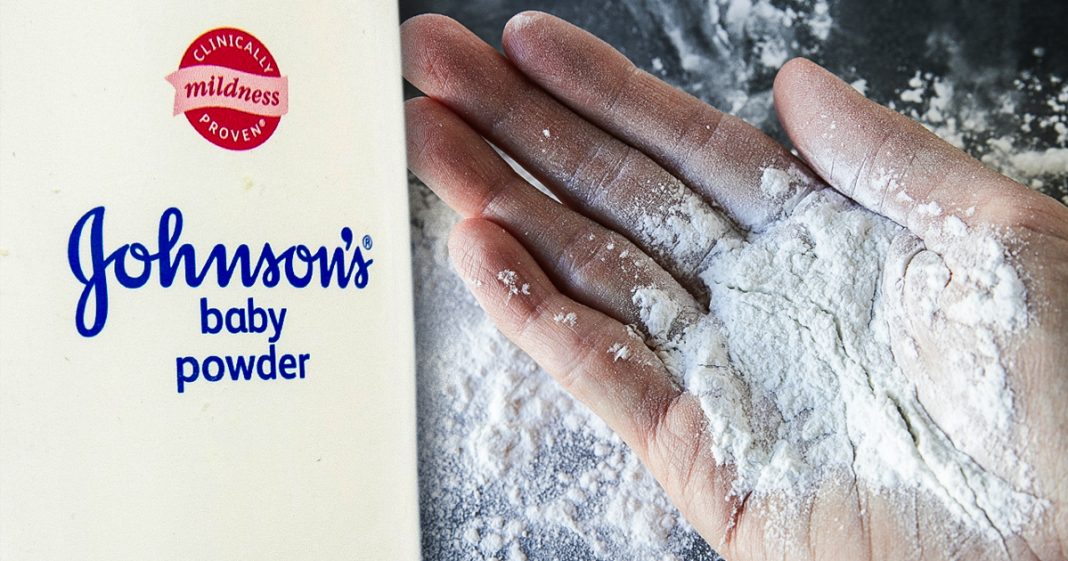 Via In Question: Johnson and Johnson was dealt a blow by the Supreme Court yesterday when the highest court in the land refused to hear their appeal regarding the $2 billion ruling in favor of 20 women who sued the pharma giant and won, after they developed ovarian cancer, they say from using J&J’s baby powder for decades. Attorney Mike Papantonio joins Manila Chan to discuss more.

Manila Chan:                       Johnson and Johnson was dealt a blow by the Supreme Court yesterday when the highest court in the land refused to hear their appeal regarding the $2 billion ruling in favor of 20 women who sued the pharma giant and won, after they developed ovarian cancer, they say from using J&J’s baby powder for decades. Now, SCOTUS upholding the lower court’s 2020 decision, however, justices Brett Kavanaugh and Samuel Alito sat this one out as both have ties to J&J. So joining us now to discuss, a lawyer who has firsthand knowledge of cases like this, renowned mass tort attorney host of America’s Lawyer, Mike Papantonio. Mike, this is not the first ovarian cancer lawsuit J&J has lost, but I believe maybe the first time SCOTUS has made a comment on such a case. Can you summarize for us what just went down?

Mike Papantonio:             Yeah. The issue with the Supreme Court was whether or not the punitive damages were too high, whether or not they’ve been punished based on the conduct and the compensatory damages that the jury awarded. But look, it’s overwhelming J&J sold baby powder to women since the 1800’s, always vouching for its purity and its safety. But in the 1950s, J&J knew that talc had the potential to cause female reproductive problems. And by the 60s, they had learned that the talcum that was used in the powder contained asbestos which was a hugely, it’s a huge carcinogen. Everybody knew it then, everybody knows it now. And then the timeline even gets uglier from there. In the 1970s, the articles were published showing that talc was deeply embedded in ovarian tumors. And it raised concerns that talc use for feminine hygiene could reach the ovaries and it could cause cancer, their own scientists were telling them that in the 1970s and they ignored it.

And at the same time, J&J and the talc industry adopted a testing methodology for asbestos. And they couldn’t guarantee that talc was in, was, it was asbestos free, but they knew the problem was here. So the Supreme Court, they were faced with the issue, this conduct, this, this conduct that J&J has shown time and time again, not just with this case. I mean, this, this string of cases that J&J is involved with right now is overwhelming. So to suggest that gee whiz, the punitive damages were too high is ridiculous. A very close friend of mine actually tried that case. One of the best, honestly, one of the best trial lawyers in the country, Mark Lanier, and what he did is what any trial lawyer does. He had the jury understand the facts. In 1980s, Harvard published a study and it showed a, about a 90% increase of ovarian cancer in women who used baby powder, but Johnson and Johnson kept it on the market anyway.

Mike Papantonio:             So, so it’s no, it’s no surprise. It’s no surprise that the Supreme Court did exactly what they should have responsibly done. They said, you know what, a court, trial lawyers, I mean, the jury has looked at it.

Manila Chan:                       Now, Mike, you have, you have railed against J&J for decades. We know that you’ve spoken about internal memos that support this. Why didn’t J&J just make changes to their formula years ago, instead of continuing to fight these cases in court? I mean, wouldn’t that have been more cost efficient for them, and then have saved lives?

Mike Papantonio:             There was a time in this country when corporations believed they were bulletproof. The government would line up behind the corporation and they still do. They support corporations over consumers all the time. But J&J was so strong. They were so financially strong. They had so much access to Washington that in the memos, it was very clear that they weren’t worried about it. They weren’t worried about Mark Lanier and some of the other trial lawyers that are working on this. We have a bunch of these cases ourselves, as you probably know, full disclosure. But as this case, as this case proceeded, they had every reason to understand that times are different now. That a jury doesn’t simply turn their, their back to, to a corporation and believe that the corporation always has the best interest of consumers at mind.

Manila Chan:                       Now, Mike, last year, following this Missouri ruling and just smack center mid pandemic, J&J pulled their talc off US shelves, moving towards their cornstarch baby powder. But this doesn’t mean the talc is off international shelves. So what do you say to that?

Mike Papantonio:             Nobody was even investigated or indicted. What has to change here, if we’re going to see any significant change, it’s not money. Somebody has to be perp walked. They don’t look like thugs. They don’t look like criminals because they’re dressed up differently. But until we get in our head that we have to treat them just like anybody, any other criminal for their criminal conduct, we’re never going to change this culture.

Manila Chan:                       Yeah. You got a great point there. And lastly, real quick here, justices Kavanaugh and Alito recused themselves from this case review and came forward with their reasons as to why. Kavanaugh said his father had a long business relationship with the company. And Alito says he owns stock in J&J. So was this the right move by them?

Mike Papantonio:             Absolutely. We, we ought to see that for judges at the lower levels, for trial judges, for appellate judges. But I loved seeing Kavanaugh and Alito do the right thing, pull themselves out of the case and say, you know what, we’re not going to, nobody’s going to look back and say that we had an ax to grind. That we had some ulterior motive in our decision. So it was a very smart decision. I wish more judges would be that responsible.