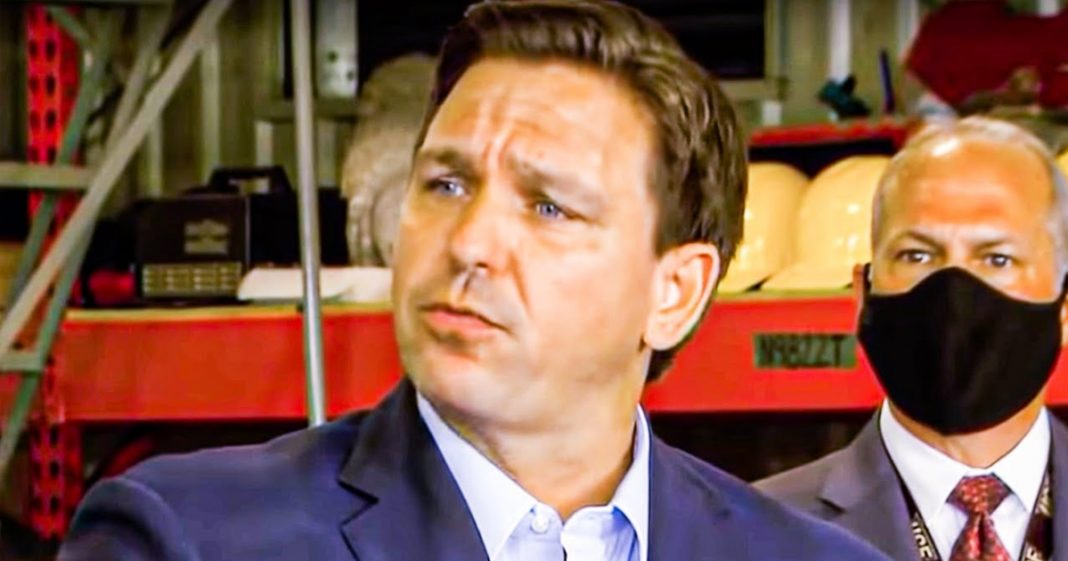 Florida’s Trump-loving governor, Ron DeSantis, launched Pride Month in Florida by gleefully signing legislation that bans trans athletes from playing sports, unless they play as their biological gender. This isn’t actually a problem anywhere in the United States, but Republicans like DeSantis are trying to make this the new front in the culture wars in the United States. Ring of Fire’s Farron Cousins explains what’s happening.

Florida’s Trump loving Republican governor Ron DeSantis, kicked off pride month yesterday by signing an oppressive piece of legislation known as the fairness in women’s sports act. And what this piece of legislation does is it says that any trans woman that wants to play sports cannot play them as their current gender. Instead, they have to play as the gender that they were born with. So if you’re a trans woman, you cannot in the state of Florida now, play women’s sports. You have to go play with the men. Now this legislation, and I think Florida’s the sixth Republican controlled state that has passed legislation like this, it only targets trans women, not trans men. So I guess they’re good to play as, as men in sports. But all of these pieces of legislation across the country address a problem that doesn’t even exist.

And it targets an already vulnerable group that is prone to harassment, violence, murder and suicide. So you’re taking a group that is already marginalized and you’re marginalizing them even further just to be cruel. Not because there’s any kind of epidemic of trans women playing in women’s sports and just dominating and shattering all the records. That’s not a thing that’s actually happening. There’s no fairness issue here. What Republicans like Ron DeSantis are doing is trying to stoke the flames of the culture wars once again, this is the latest battle in the culture wars here in the United States. And that’s why these pieces of legislation continue to pop up. There’s no problem that needs to be addressed here. The only problem that actually does need to be addressed is the bigotry coming from these Republicans and not just the elected officials. They wouldn’t be doing things like this if they didn’t think it would play well for their base.

So the bigotry is not limited to the Republican politicians pushing these pieces of legislation. The bigotry exists within the Republican party as a whole, because that’s the thing we really have to start thinking about. What does it say about the Republican party that they can get so riled up about things like this, that it would make them support Republicans even more, as they continue to target these marginalized groups of individuals? The problem was, is within the entire party itself. Ron DeSantis and every other, the governor that has signed similar legislation, they’re not doing it because it needed to be done. They’re doing it to salvage what’s left of their pathetic little campaigns. And the only way they can feel like they have accomplished something is to pick on people who are already getting bullied, harassed, killed, all of those things I mentioned. Doing that makes these Republican men feel like big, strong dudes. There is a psychosis taking place within today’s Republican party, and it’s manifesting itself in pieces of oppressive legislation like the one signed in Florida yesterday.