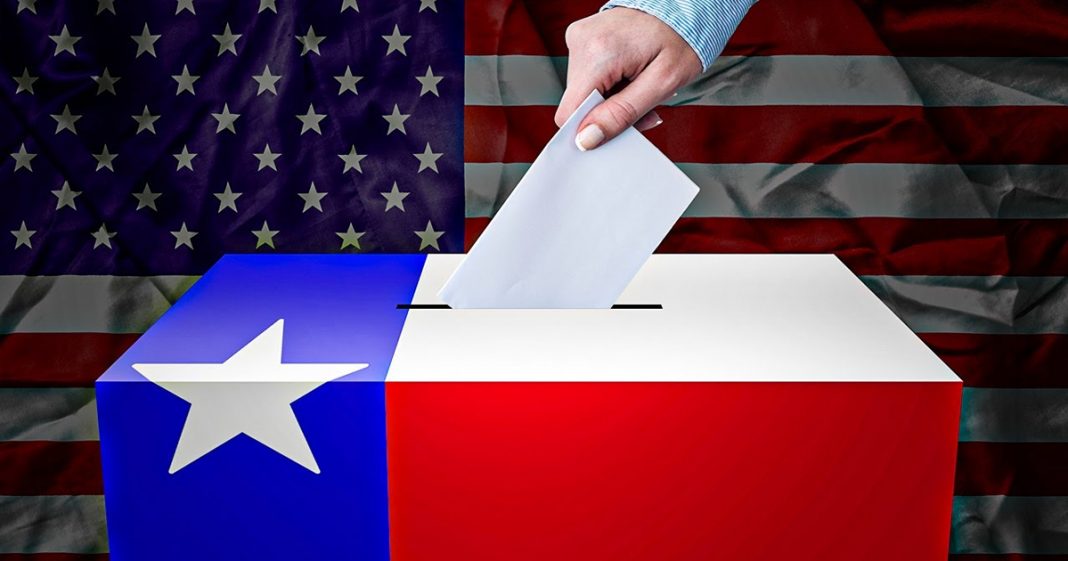 Democrats in the Texas state legislature were able to temporarily kill Republican efforts to pass a sweeping voter suppression bill by banding together and walking out just hours before the deadline closed on the legislation. By sticking together, the Democrats denied Republicans the quorum that they needed to hold a final vote, and the clock has now expired. Republicans have a few more tricks up their sleeves to pass the bill, but for now, they have been denied. Ring of Fire’s Farron Cousins explains what happened.

We actually have some good news out of the state of Texas that came from this past Memorial Day weekend. It seems the Democrats in the Texas state legislature actually banded together, walked out of a legislative session, and that walkout allowed the repressive voter suppression bill known as Senate Bill 7 pushed by Texas Republicans, allowed it to die, at least temporarily. The bill had a midnight deadline and Republicans earlier in the week had suspended rules so that they could have a special weekend legislative session in order to pass this bill before it expired. But Democrats knowing that Republicans did have the numbers to pass the bill decided to walk out of the hearings two hours before that midnight deadline. And because so many Democrats walked out, there were not enough members, no quorum, to actually hold the vote. And the bill for right now is dead.

Now Republican Texas governor Greg Abbott has said that he will likely call a special session in the near future to go ahead and get this bill passed. And of course, when that happens, it is unlikely the Democrats are going to be able to do anything to stop the piece of legislation at that point. But we got to count a win as a win, right? And then that’s what we saw, right? I mean here at Ring of Fire, we’ve been talking for years, years, and years and years. Well over a decade about the fact that Democrats tend to, you know, buckle, they tend to cave. And we have seen that so many times at the federal level, at the state level. So this, these Democrats actually coming together and saying, you know what, we actually have a little bit of power here. We have some muscle we can flex and we’re gonna flex it.

And we’re going to kill this stupid thing even though we know it’s not really permanently dead. So this is a win, but not only is it a win, it’s a message to Democrats all across the country. You don’t have to bow down to these people. You don’t have to be the victim to their archaic rules and procedures, Democrats in the US Senate. I’m looking at you with regard to the filibuster. You can stand up. You can show voters that you’re not spineless cowards with your, oh no, our hands are tied. We can’t do anything. Bull crap. Now in a lot of instances, sure, there’s not a whole heck of a lot you can do. But there is always something you can do. And the Democrats in Texas just proved that this weekend. They do deserve praise for this. Because again, they haven’t killed it all together. Bill’s going to come back.

The bill’s going to pass. It is going to become law in the state of Texas. And at that point we have to rely on the lawsuits. The NAACP was already ready to file a lawsuit, had this thing passed over the weekend. So they’re ready with the lawsuit and hopefully the ACLU will also, I believe, be filing one or at least, you know, filing an amicus brief In that particular case. So hopefully the lawsuits can kill it for good once it does pass. But until then, kudos to those Democrats for finally showing some backbone by not bowing down to Republicans. We need more of that in the United States today.