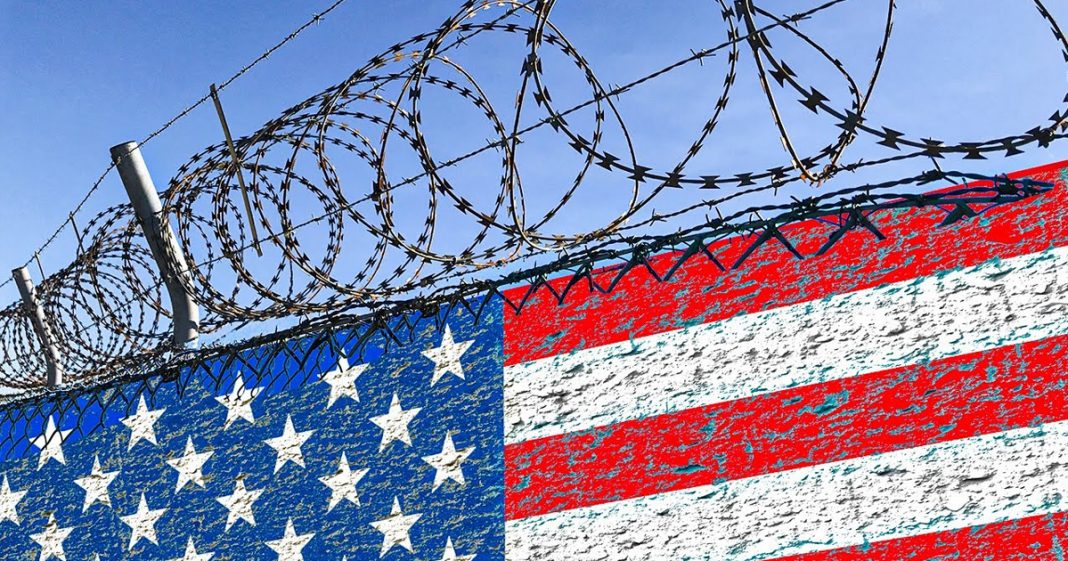 Suicide rates among detainees in ICE custody in 2020 were 11 times higher than any other year since the agency was created. This was during the final year of the Trump administration, and as conditions have not materially improved, it is unlikely that the rate is going to fall substantially. We still have a massive humanitarian crisis on our hands that is being ignored, and something must be done to protect the lives of these people. Ring of Fire’s Farron Cousins discusses this.

According to new analysis of the available data, in 2020 suicides among ICE detainees were 11 times higher than the average of the previous 10 years. We have migrants in US custody, and again, okay, this was the last year of the Trump administration when the numbers were this high. We do not yet have numbers for this year. I assume obviously we’re going to get those at the end of the year. But 11 times higher last year than the previous 10 years, and it’s because of the mistreatment. It’s because of the psychological abuse that they suffer. It’s because of the physical abuse and the sexual abuse. The fact that COVID was running rampant through these migrant detention facilities, they couldn’t get adequate care for anything. So they began to kill themselves here on US soil while being detained in US custody, in ICE custody, Suicides in ICE custody have never been this high in the entire agency’s existence.

And here we are, still have an average of about 20,000 detainees per day during the Biden administration, during this year. Sure. It’s down from 50,000 average per day, last year, but still literally tens of thousands of people on any given day here in the United States, in ICE custody. This is a humanitarian crisis taking place on our soil that most people have turned a blind eye to just because Trump’s not president anymore. We have seen the photographs come out this year of what’s happening now that Biden is president. You still have kids and people in cages. You still have them overcrowded. You still have them not getting adequate medical care. They’re sleeping on concrete with foil blankets, folks. The situation isn’t improving. There’s just not quite as many people going through the same hell. But on any given day 20,000 human beings are. It doesn’t matter if the president of the United States is a Democrat or a Republican, this is unacceptable. And we have to continue to call it out and to treat it as an unacceptable self-made humanitarian crisis and that is exactly what it is. We created this.

We created it. And I understand, I totally get it, and I understand every defense people are gonna say, well, what are we going to do with everybody coming across the border? How about we work on aid? How about instead of locking these people up, what if, what if we invested some of the money that we’re using to bomb people in the middle east and took it away from there and said, we’re going to help make your lives better in central and South America. I mean, hell it’s the least we could do after decades and decades of sanctions. Decades of election interference on behalf of the United States. Decades of sending nothing but death to these countries. How about we start investing in them? How about we start creating agricultural programs? Create new trade partners, instead of treating these people like inhuman vermin that need to be locked away until they die. There’s a million things we could do. But instead, it doesn’t matter If it’s Republican or Democrat, we choose to lock them away and let them just kill themselves while we figure it out.