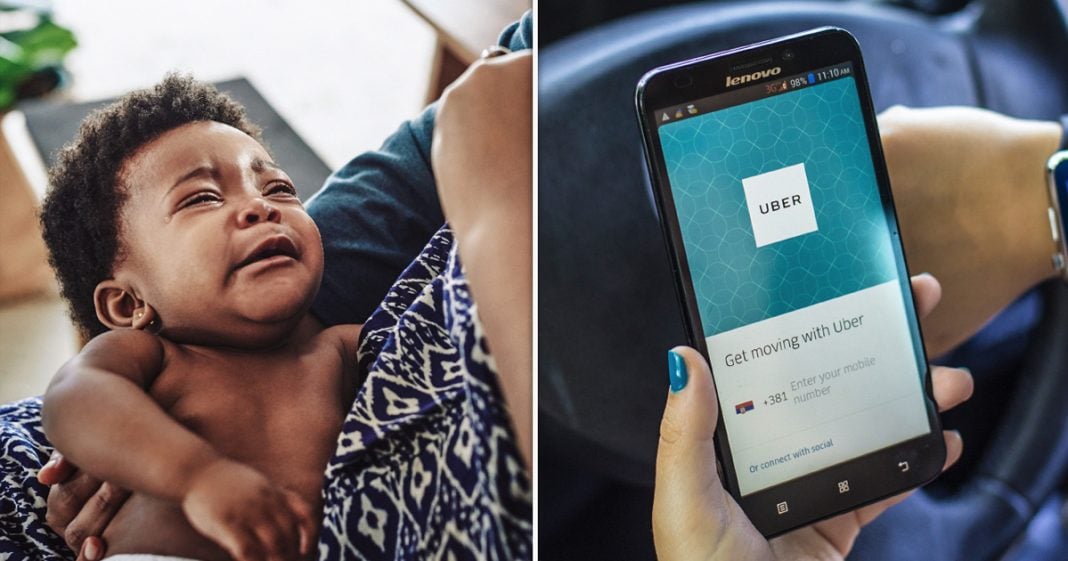 Via America’s Lawyer: PFAS chemicals have seeped not only to our nation’s waterways, but also into 100% of nursing mothers’ breast milk. Mike Papantonio and Farron Cousins discuss more. Plus, Microsoft faces a class-action lawsuit for selling biometric data collected from unknowing Uber drivers. Meanwhile, Google is caught unlawfully sharing personal data obtained from millions of users, including children. Attorney Madeline Pendley joins Mike Papantonio to explain how personal data is the most sought-after commodity in today’s mass surveillance marketplace.

Mike Papantonio:             A class action lawsuit alleges that Microsoft has been quietly profiting off biometric data collected from Uber drivers without their consent. Meanwhile, Google is facing a privacy lawsuit of its own, and it’s a big, big lawsuit. The tech giant was found to be unlawfully selling the personal information of millions of people, including children. Wow. I’ve got Maddie, Madeline to join me here on the, look, first of all, we’ve, we’ve seen this story before in so many iterations over the last, it really started about 10 years ago.

Mike Papantonio:             Where there’d be a new story almost every month where our personal data is being used by the government, it’s being used by advertisers, by corporations. It, this is pretty Orwellian, isn’t it?

Madeline Pendley:        Right, it’s completely overwhelming. And just like you said, it’s all these companies all the time, just doing it to make money. So what we’ve seen is personal data, you know, our private information has quickly become the most valuable commodity in the world. So there’s really no incentive for them to stop doing it. And what you mentioned about Uber and Microsoft, basically Uber hired Microsoft to create a security feature in their app that would be facial recognition, basically. So it was designed to kind of keep the drivers safe and sure it was actually that person driving the car, two issues with that. Uber never actually got permission from the drivers to collect that information from them. And then Microsoft had really no protections in place to ensure that information didn’t end up in the wrong hands. And then they went so far as to sell it. So.

Madeline Pendley:        So this to me is a little bit more frightening than your run of the mill data breach. You know, when you think about somebody getting your, you know, your debit card, you cancel it and you get a new one. Someone’s using your credit, you can freeze your credit. Someone gets in your email, you change the password. This has to do with the biometric profile of the driver’s faces. It’s their identity. It’s who they are. It’s what they look like. So for most people, at least, your face is an unalterable piece of information that’s now just out there forever. And it puts them at risk for identity theft.

Mike Papantonio:             Okay, Maddie, once they get that profile, are they able to move into all the other parts that that driver might have? His phone, his computer, is that how expansive this is?

Mike Papantonio:             Okay. So for example, with a, with a banking and they’ll have machines that it’s biometric here’s, here’s my picture.

Madeline Pendley:        Yes. And, and so that’s, that’s part of the issue with Uber. Uber seems to just have kind of messed up and not getting the proper consent and then Microsoft took it and sold it. But that’s definitely the issue that we’re seeing with Google that you mentioned. You know, Google is actively intentionally collecting and selling personal information.

Mike Papantonio:             Okay. Now let me back up just a little bit. There’s leg, which I thought this was just brilliant legislation, that they have that gives the, gives the right, the driver the right to bring this. It’s, it’s called the biometric information privacy act.

Madeline Pendley:        It is a state law. And so we are seeing a state movement towards it. Most don’t have it right now, but it is the trend to kind of adopt legislation like that.

Madeline Pendley:        So Google, to me is the Uber situation on steroids. So they’ve been telling people for the last decade, at least, that they are not and would not ever collect our personal information. But we’ve seen they’re doing exactly that.

Madeline Pendley:        Right. And so by like, you know, users, it’s really anybody with a Google account. It’s anybody who frequently uses Google and there’ll be selling your location while you’re using the internet, your browsing history, sometimes your purchase history and your contact information. And they’re not just selling it to businesses or marketing agencies. They’re actually selling it to political parties and sometimes even the government without a court order. So we’re seeing, I mean, especially over the last, you know, two election cycles, we’ve seen that political parties are weaponizing our personal information in order to target us with ads and manipulate how we think and what we think about. And Google’s part of it.

Mike Papantonio:             Yeah. You started this by saying that it, it, the value of this information, I’ve seen it characterized, it is the new gold.

Mike Papantonio:             Corporate media has done very little because they’re, they’re benefiting from it, aren’t they?

Mike Papantonio:             They get this information and then they can figure out how to advertise and all, all sorts of things. It’s an ugly story. You know, let’s, let’s take a closer look on another, on another segment, let’s dive down in to where that money actually goes, how it’s distributed. I’d like the real details on that. Okay.

Madeline Pendley:        Okay. And one last thing about the Google situation is how we know they’re doing this. They were fined in 2019 for $170 million, which I mean, I hadn’t heard of, I don’t know if it was private, but when you think about it, these companies, especially Google, they’re never going to stop doing this.

Madeline Pendley:        I think is what’s so troublesome.

Madeline Pendley:        Right. Google’s the third most valued company in the world at $300 billion.

Madeline Pendley:        That math checks out that they’re going to keep doing it.