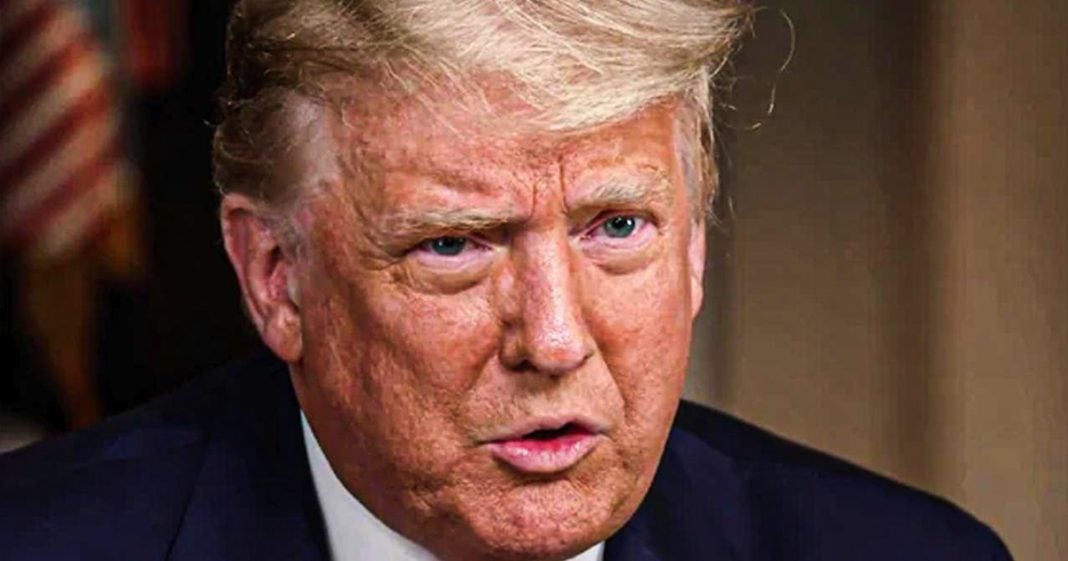 Republican candidates are having a hard time launching their presidential bids because they are terrified of angering Donald Trump. Even with some Republicans going out and testing the waters in Iowa, they are reluctant to “officially” launch any campaigns until they know what Trump is going to do. And that is exactly what Trump wants. But this could easily put the Party at a disadvantage, as Ring of Fire’s Farron Cousins explains.

Republicans have a big problem on their hands. Republicans have a lot of problems on their hand, but their immediate big problem on their hands is the fact that none of them can run for president right now. And I know 2024 is a long way away, but keep in mind, actually 2023, typically late summer of 2023 is when we’re going to start seeing the Republican debates. So these people have to get out there. They have to start campaigning now. They have to start at least testing the waters, but they can’t do it because they’re terrified of Donald Trump. According to new reports, Republicans are afraid to announce that they’re running in 2020 for fear they might off Donald Trump who, as we all know, may or may not also be running for president in 2020 or 2024, excuse me. In fact, if I say 2020, please understand, I mean 2024 in this particular story here. Um, I have a feeling I’m gonna mess that up a lot. But anyway, they’re refusing to officially throw their hat into the ring.

They’re refusing to start their exploratory committees because they feel like if they do Donald Trump is going to get furious with them because he hasn’t made his official announcement yet. And you can’t off dear leader by running against him. And of course you look like a complete idiot if you launch your campaign, then he jumps in and then you say, okay, well I’m out then. So they’re between a rock and a hard place right now and I love it. I love to see this because this is exactly what they deserve. I hope they all go down in flames. I hope they get behind on the fundraising issues. Now don’t get me wrong. You still have some Republicans, and we actually talked about this about a month ago, a couple of them made trips to Iowa. You got Tom Cotton that’s about to head to Iowa testing the waters because you know, Iowa, even though demographically, it’s nothing like the rest of the United States. It’s still where everybody goes for some stupid reason, because that’s the way we set up our idiotic primary systems.

So they’re going to Iowa, they’re testing it out. They’re being quiet about it. You know, not a whole big, a lot of publicity around their trips to Iowa, but they’re just testing to see. They’re not announcing anything, you know, hell maybe sometimes people just like to go to Iowa. They just like to go to diners and give impromptu speeches and talk to people and find out what they want in a candidate. Yeah. We all know what you’re doing, people like Tom Cotton, you’re running for president. You’re just too cowardly to announce it because you’re afraid of Donald Trump. Oh, that’s so sad. You know what I want to see, I want to see one Republican go out there and I’m willing to bet we will very soon, and as I’ve predicted, I think it’s going to be Paul Ryan. I want to see somebody go out there and say, you know what, to hell with Donald Trump, I’m running for president. I’m running for president on the Republican ticket. I’m going to start my fundraiser. I’m going to start going out all over the country. I’m going to meet people. And then I’m going to have an edge against all you other Republicans. And I only want that to happen, not because I want Republicans to win. Trust me. I never, literally never want Republicans to win, so far in my life.

But I want to see how Donald Trump reacts to that. I want to see the tantrum that that man throws if this happens, because see that can then set off a chain of events that leads to Donald Trump officially announcing that he is running for president. At that point, he does become an official candidate and that scares off a lot of these other little bitty Republicans who say they’ll never run if Trump runs. Then if what happens in New York happens the way we all think it’s going to happen, suddenly you have the Republican candidate for president being hauled away in handcuffs. Now, to me, that’s a powerful image against the Republican party. So no matter which way you slice this thing, Republicans are the big losers, if everything unfolds that way. If not, sure, Trump may or may not run. Republicans may or may not jump in and challenge him. Who knows what happens at that point. But honestly, the way this thing is looking right now, Trump’s going to get at somebody, throw his hat into the ring and most likely be on trial before the debates ever begin.