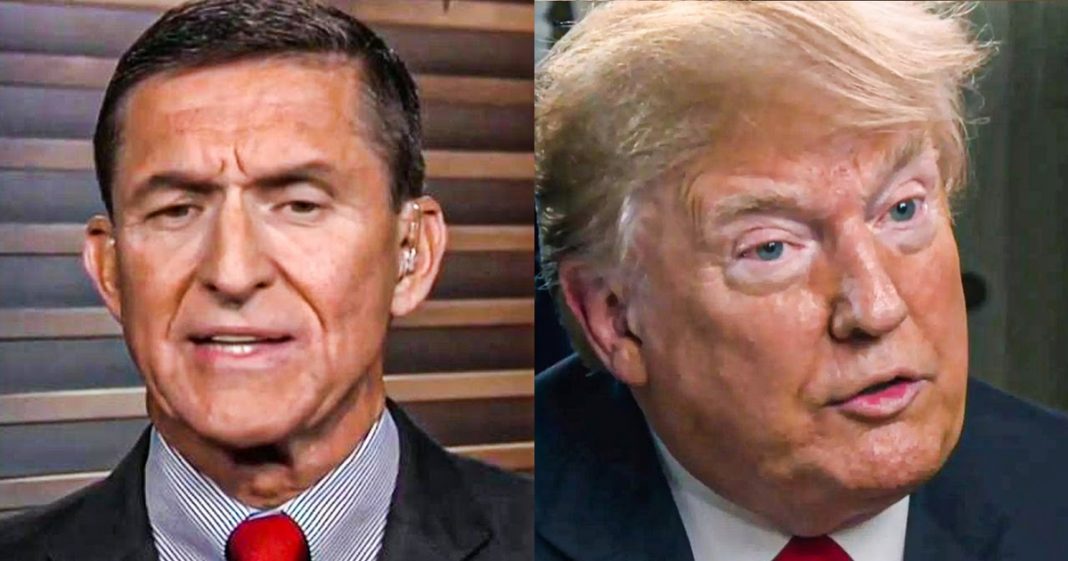 Over the weekend, Donald Trump ally Michael Flynn openly advocated for a military coup to overthrow the current government and reinstall Donald Trump as president. These comments are absolutely out of line, and many have now called for Flynn to face a court martial for actively calling for the United States government to be overthrown. Ring of Fire’s Farron Cousins explains what happened.

Over the weekend, general Michael Flynn at a Q event suggested that the United States should see some kind of military coup, like what’s happening right now in Myanmar, a military coup against our own federal government so that we can re-install Donald Trump as president of the United States. That’s right. Lieutenant general Michael Flynn, who has been one of Donald Trump’s die hard allies, even when he was being prosecuted, believes that the United States military itself should overthrow our own federal government, just so that Donald Trump gets to play president for another four years. That is what Flynn said at that idiotic little Q event over the weekend. This is treason and Flynn being a retired member of the military, um, he’s now facing calls for a court martial.

Some legal experts actually believe, and military experts, believe that Flynn can in fact be court-martialed for his statements. Others say that well, if he were active duty, he could be court-martialed for this, absolutely. But because he is retired, he cannot, he would have to be called back up to service, become active and then court-martialed for his comments here. Court-martial, not court martial, to me, it doesn’t matter. What matters to me is that the Republican party is going insane. That’s what we’re witnessing here. When you have Republicans like Michael Flynn, who are comfortable enough to go out there in public in broad daylight and declare that they want to see a military coup here in the United States just so Trump can be president, those are dangerous individuals.

And this is exactly what the judges who have been hearing the cases with the Capitol rioters, they have warned us repeatedly, if the rhetoric like this continues, we’re going to see more violence. Michael Flynn should be arrested. He should be arrested for treason and sedition and put on trial. I don’t care if it’s a court martial. I don’t care if it’s just in a regular court. Comments like this cannot stand. Comments like this are in fact seditious under US law and he should be tried accordingly. We have mechanisms in place to prevent things like this from happening. And by the way, it’s on tape. It’s not even like this man’s words were, you know, taken out of context.

And FYI, in case you’re not familiar with what is happening in Myanmar, which is what Michael Flynn says he wants to happen here, they’ve had a military coup taking place to overthrow their government for the last several weeks, 840 people are dead. You have, how many is it, 4,400 people arrested as political prisoners of the state. And that’s what Michael Flynn says he wants to happen here in the United States. This is a dangerous lunatic. This is a dangerous lunatic that has a microphone. And you’d better believe the people in that Q crowd were cheering when Michael Flynn said these words. They took it at face value. They took it as a call to action. And Flynn needs to be arrested and tried immediately.