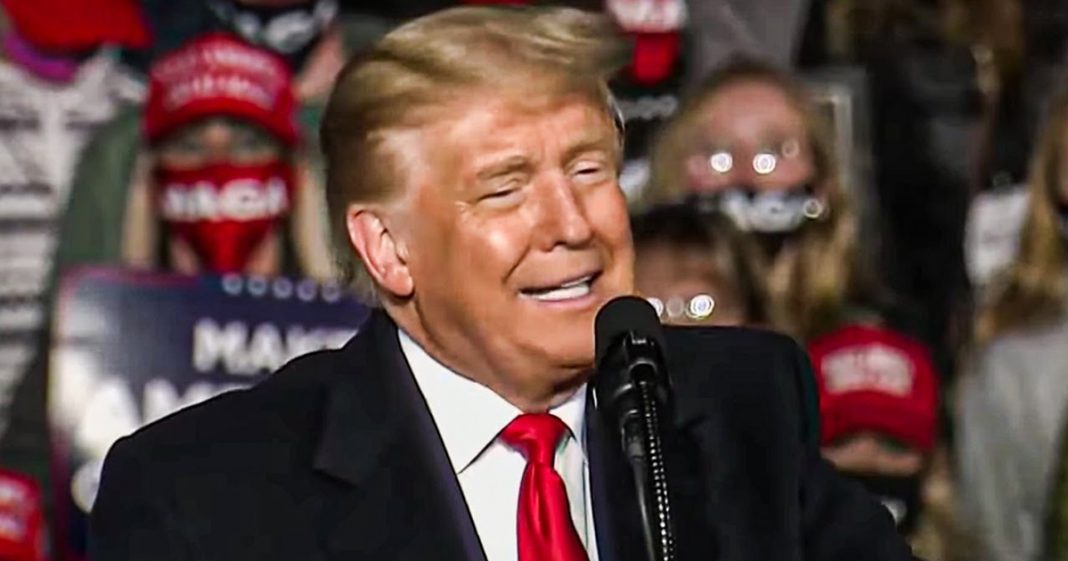 A new report by Politico cites multiple unnamed Republican lawmakers – even those who publicly praise Trump – who say that they REALLY don’t want Donald Trump running for President again in 2024. They would much rather see Trump working “behind the scenes” to help shore up support for the Party as a whole, and they insist that the Party is stronger now than it was five years ago. Ring of Fire’s Farron Cousins discusses this.

Recently, Politico interviewed several Republican lawmakers, who of course all chose to remain nameless. But Politico says that these were Trump supporting lawmakers, still are Trump supporting lawmakers, by the way. And each one of them said that they do not want Donald Trump to be the Republican party’s nominee in 2024. In fact, they don’t want Trump to run for president ever again. I’ll read a couple quotes from some of these lawmakers here. Here’s what one of them said, he’s one of the best presidents we’ve had in terms of policies. But having said that if it were up to me, I would never have Trump on any ballot ever again, because it’s such a distraction. I would love for him to play a behind the scenes role and not be on the ballot. Another one said, I’d like to see a fresh face. I think we have a lot of them.

John Cornyn of Texas, who is named said, President Trump did a lot of good, but he squandered a lot of his legacy after what happened after November 3rd. And I think that’s a shame. Running for president you’re under a lot of scrutiny and all I can say is there’s a lot to talk about. Okay. So two un-named, one named, all of them saying like, hell yeah, this guy was awesome. We love him so much, but, dear God, don’t ever run for president again. What these Republicans understand is that Donald Trump is in fact, not just a distraction as the one guy said, he’s a liability. The public hates him. Yes, I know he’s got his whole MAGA crowd. He can pack a stadium filled with idiots to give a rally. But that doesn’t translate to votes anymore. Sure it did in 2016, although he still lost the popular vote, 2020, it didn’t help him at all.

In fact, a lot of analysis that’s been done on areas where he did his last rallies before the election, in a lot of those areas, not all, but a lot of them, he actually ended up losing support. So the rallies themselves, his, his very presence, his physical presence, became toxic. And these Republicans, regardless of what they say publicly, do understand that behind the scenes and for the record, when that one guy said, I would love to see him working behind the scenes. What he means is I don’t want anybody to see him. I don’t want the public to know that this guy is out there. That’s what they want. They want his money. They want his blessing. They want his voters. But they don’t want him. And I think it’s also very telling when they’re like, oh yeah, his policies were awesome. We support all of that. You know, just the crazy, the craziness of him that we do not like. You’ve made your choices though, guys.

You can’t say you don’t want him to run for president and then support him publicly in literally everything he does, even when you know it’s a lie. So you’ve backed yourself into this corner here. And trust me, I do not want Trump to run again in 2024. I, I’m terrified that this guy would win again. Don’t get me wrong. But y’all kind of deserve to have this guy at the top of your ticket if it means the Republicans are going to lose. You created this monster, you still support the monster. But you understand that the monster is in fact, a monster and people don’t want to vote for a monster. But he’s, he’s your monster. You own this and you have to live with the consequences. Let’s just hope the rest of the country doesn’t have to live with those consequences anymore.