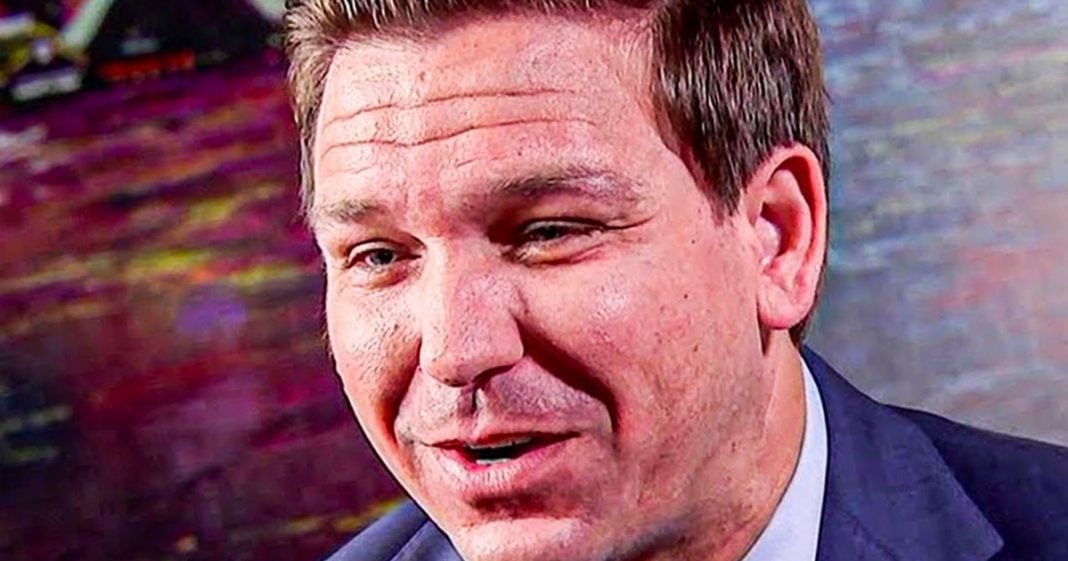 Florida became the 23rd state to slash unemployment benefits after they made the decision to decline federal assistance increases this past week. Republicans are actively trying to make life worse for working class Americans, and they are addressing the wrong problem. If it is more profitable for a person to not work, then the blame for that lies solely on corporations that continue to pay poverty wages. The American public deserves better, but Republicans repeatedly refuse to give it to them. Ring of Fire’s Farron Cousins discusses this.

This week, Florida became the 23rd Republican controlled state here in the United States to announce that they would no longer be participating in the additional $300 per week unemployment benefits provided by the federal government. They were opting out of the system. Everybody get back to work. 23 Republican led states have now made this decision to opt out of this federal program, which let’s be honest, I think it’s ridiculous that they even have the option to do this. But I’m not in charge. So all I can do is point out the hypocrisy and the cruelty of what these Republicans are doing. Interviews have been conducted with people who have been on this unemployment assistance, and they have said, and this is quoted in a piece by Common Dreams. You can find the link in the description of this video.

But anyway, these people said that they’re worried that if they go back to work, knowing what they were making while they were working, assuming they’re in the same, you know, pay scale, essentially, that they won’t be able to afford their prescription drugs anymore. They’re not going to be able to afford basic necessities. They’re not going to be able to afford their rent or mortgage because yeah, it turns out unemployment in, in many cases is actually paying more than their previous jobs were. So for the last 12 months, these people finally got a taste of what it was like to just have money to pay your bills. And Republicans have come along and said, guess what, dream time is over. Comfort time is over. We need you to go out there and start making money for millionaires and billionaires again for pennies on the dollar. That’s what they’re telling these people. There is not a labor shortage here in the United States. That is an absolute Republican lie.

What we have a shortage of are jobs that pay people are living wage. So if Republicans wanting to get serious about putting people back to work, they ought to be the ones going to Congress and saying, hey, let’s mandate a $20 an hour minimum wage across the country today. Let’s draft that bill, pass it, get it signed by Biden, put it in effect right now, get people back to work. If they wanted to get people back to work, that is what they would do. I’m sure by now we’ve all heard the story of the ice cream parlor, you know, decided to raise their wages to $15 an hour. And they had thousands of applicants at a fricking ice cream parlor because people are not lazy. All they want to be able to do is pay their bills and Republicans aren’t letting them do that. Republicans are actively trying to make these people’s lives worse by stripping them of these extra unemployment benefits, sending them back into a workforce that doesn’t pay them for what they’re worth, doesn’t pay them enough to survive. And then of course, giving tax breaks to the people who employ them. That is the Republican way.