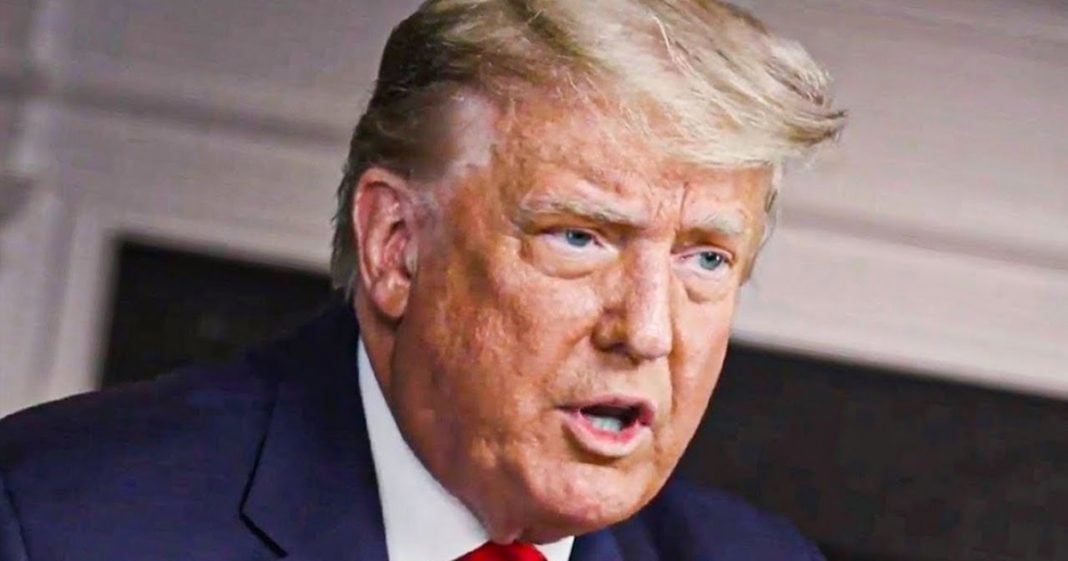 A new poll shows that a large majority of independent voters in Arizona are opposed to the ongoing ballot audit taking place, a really bad sign for the Republicans conducting the audit. And as the audits spread across the country, so, too, will the anger. The Republicans could face a backlash from the public that dwarfs anything they’ve seen in recent years, all because they wanted to stroke Trump’s ego. Ring of Fire’s Farron Cousins discusses this.

Republicans are still conducting their ballot audit in the state of Arizona, which is now taking even longer than the initial ballot counting took. The audit is spreading to other states, Georgia, Michigan, Wisconsin, all have some form of audit or investigation going on, or in the beginning stages of goings on. And it’s hurting them, actually. And that’s a good thing. I’m glad that’s happening. I do not support the recounts. I want them to end immediately because it’s a waste of tax dollars. But according to a new poll of independent voters in the state of Arizona, 55% of them oppose the recount or the audits, excuse me, the audit, 55% oppose the audit. So you have a majority of the independent voters in your state, the ones who literally swing the state and you’re them off. You’re showing them what kind of petulant little whiners you can be just because you’re trying to stroke Trump’s ego.

Now, again, this poll is only for Arizona independents. We don’t know how it’s going to play out in Georgia. We don’t know if the voters there, we know the Republicans support it, we don’t know if that’s going to turn off independents. Same thing with Michigan, same thing with Wisconsin. But if Arizona is any indication, especially with how absurd this one has been, you know, trying to find the bamboo on the ballots, the fight over access to personal information of the voters. It, it’s a complete crap show right now. It truly, truly is. And Republicans are going to end up paying a political price for It. And the voters understand this because the voters are the ones that are going to make them pay. So hopefully that mentality keeps up with these independent minded voters. Hopefully it keeps up in the new states as well, because the only chance we even have of saving our Democratic processes here are for enough people across the country to finally stand up to the Republican party, fight back against the voter suppression, show up at the polls anyway, cast your vote and say to hell with you all.

Get the hell out of office. Get out of office at the federal level, at the state level, at the local level, every level, kick them all out so that we don’t have to go through this nonsense anymore and show them that their ridiculous little political theater isn’t okay. That’s the only thing we can do at this point. I had a thought the other day, and I do want to share it here. I think what should happen here is that any of the officials who move forward with supporting any kind of ballot audit or ballot investigation or whatever the hell they want to call it, and those who vote in favor of it should have to go ahead and sign a pledge. And that pledge should be this, if there are no incidents of fraud, if we cannot prove what we set out to prove, I agree to be prosecuted for misusing public funds for political purposes.

Because after all, you’re not allowed to use public funds for partisan political purposes. However, that is in fact, what is happening with these audits and these recounts and these investigations. They’re using tax dollars to go out there and do these things and I would argue that that would be a criminal misuse of public funds. So I think when all is said and done, when all the dust settles, I think there need to be criminal prosecutions to these individuals who voted in favor of these. Will that ever happen? Absolutely not. Should it happen? 100%. These people know that they’re chasing unicorns. They know they’re never going to find what they’re looking for. But they’re wasting your tax dollars trying to do it anyway, and they need to be punished for doing that.