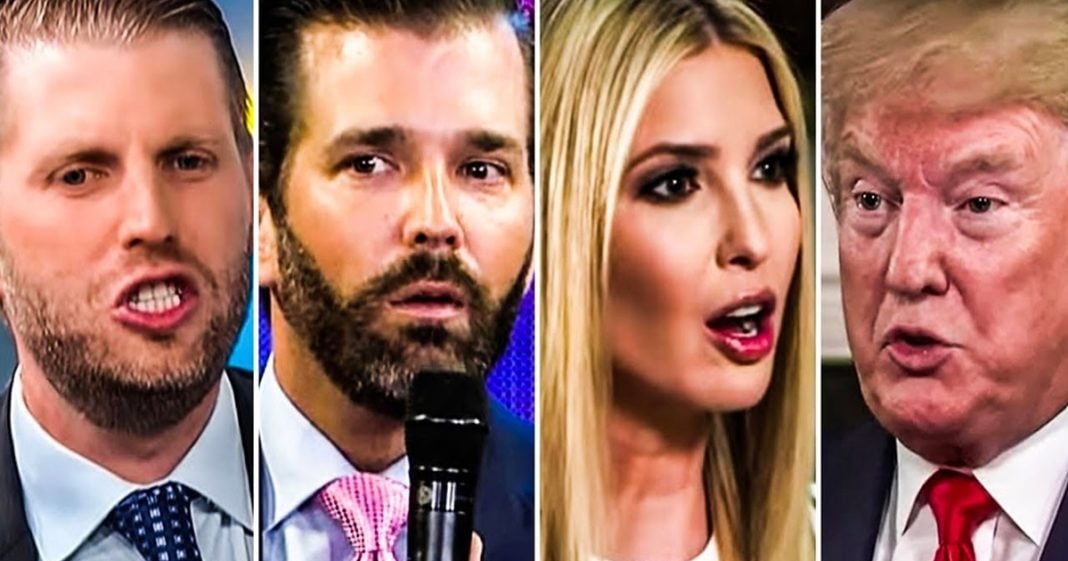 Three former insiders in the Trump world – Michael Cohen, Stephanie Winston Wolkoff, and Jennifer Weisselberg – all predicted this week that the entire family is going down in the investigation taking place in New York. The three told the story of how Allen Weisselberg is connected to everything, and his connections are what tie in all the members of the Trump family to multiple scandals. Ring of Fire’s Farron Cousins explains what’s happening.

During a segment on MSNBC earlier this week, three former Trump insiders, Michael Cohen, Jennifer Weisselberg, who is the former daughter-in-law. So remember we’re talking about a little bit removed there of Allen Weisselberg. And of course, Stephanie Winston Wolkoff, who was a very dear family friend, worked on the Trump inaugural committee, served as an aid to Melania before things blew up there. So three people who know the Trump family and the organization itself very well and all three of them told Ari Melber during their appearance with MSNBC similar stories. They said that this scandal taking place in New York, that of course now has a grand jury looking into it, yeah, they think it’s going to take down the entire family. But what was really interesting is all three of them pointed this out. Is that Allen Weisselberg the CFO, chief financial officer, the man who Ivanka Trump’s swears she has no idea who he is. They all said that this man had his hands in everything, including the bank accounts of Donald Trump and his three idiot kids.

He was there every step of the way. If there was a dollar involved in it, Allen Weisselberg was involved in it, including they said, the inaugural committee, which is how it ties into Ivanka’s deposition regarding the possible misuse of inaugural funds, why she was asked who’s Allen Weisselberg and she says, pssh, I don’t know. Yeah, kind of damning. But the reason I’m even bringing this up is because if what these individuals who know them very well are telling the truth about Weisselberg and that there was no money flowing anywhere without Weisselberg’s approval, permission, knowledge, then Weisselberg becomes the key target for prosecutors to flip. So even though most of their ire, most of their, you know, the segment was focused on Weisselberg, that doesn’t necessarily mean that he is the villain, the bad guy that everybody is trying to take down. It just means that if there is somebody with enough information who could flip on the rest, it’s Weisselberg.

Conversely, it also means that the Trump family is likely going to be throwing Weisselberg under the bus. And to be honest, the way these people were talking in this segment kind of looks like they were setting Weisselberg up to take the fall, almost. It just depends on which way prosecutors want to go. Hell, prosecutors might be working with the Trump kids, trying to get them to flip on Weisselberg. This whole thing is a giant mess. But now that we have a grand jury, now that people are going to start looking over the evidence, we’re going to learn a lot more. We’re going to learn a heck of a lot more, really, really quickly at this point. But as I’ve said before, Weisselberg man, if you’ve got something to spill, go ahead and spell it because you know that the Trump family is not going to show you any mercy and it’s going to be all four of them against one of you. So you better get those prosecutors on your side really, really quick. Otherwise you’re probably going to be the one taking the fall here.