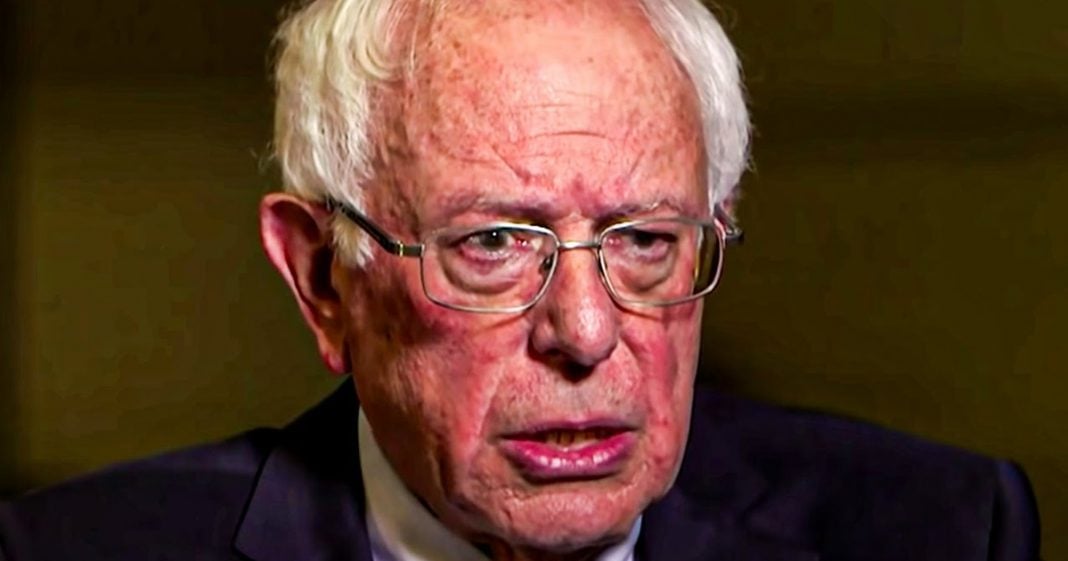 A new book revealed some incredibly milquetoast items about Senator Bernie Sanders, one of them being his list of “requests” for hotels. He wants a king-sized bed, a cold room, and basic refreshments. Conservative media outlets flipped out and called Sanders a “diva” for these requests, even though most hotel rooms across the country already offer these things at literally no extra charge. Ring of Fire’s Farron Cousins discusses this.

This week a bombshell was dropped on America, as it was revealed that Bernie Sanders has a list of demands for when he stays in a hotel. And I got to tell you, these demands absolutely shocked the nation. If you’re a conservative that has nothing better to talk about. What really happened is that a new book came out, a snippet from a new book, came out. The book is called battle of the soul inside the Democrats campaign to defeat Trump. It’s by Edward-Isaac Dovere and he has a little part in there about Bernie Sanders on the campaign trail and what kind of hotels he would stay in and what his requests were. By the way, they’re not demands, they’re simply requests. And sometimes they weren’t met. He’d be annoyed as anybody is when they stay in a hotel and they don’t accommodate what you ask for. But here’s these crazy demands that Bernie Sanders wants.

He wants a king sized bed. Wow. He wants a down comforter and a spare blanket. He likes the spare blanket to be blue. The book says, okay, well, whatever. He wants the room to be 60 degrees and he wants, you know, refreshments there, like most hotels already offer, you know, Gatorades, waters, nuts. Those are his requests. Oh, he also says no upgrades. Do not give him a room upgrade. He doesn’t want anything big and fancy. He just wants a room with a big bed that’s cold and some blankets he can snuggle up with. And conservatives started freaking the hell out. Fox news ran a segment on it, put all his lists up there. Oh my God, diva Bernie. Newsmax, same thing, they’ve got their list. Everything on the screen for everyone to see about Bernie Sanders being some kind of champagne socialist. And of course, social media had a field day with this.

You know, they didn’t care. Even people who don’t like Bernie were coming out and saying, I don’t like Bernie, but this is actually a very common request for hotel rooms. I mean, literally if you go to any hotel booking site or go to a hotel’s website and you book a room, it’s going to ask you if you want one king or two queens. So Bernie Sanders would say, I want a king. It would ask you in many instances, do you want the minibar bar or do you not want the mini bar? Bernie Sanders would say, I want the mini bar. And then at the end it says any other special requests, you know, room away from the elevators, which Bernie Sanders, like, I myself actually request rooms closer to the elevators. So that is a request that people make. And again, it’s mostly on these travel websites.

This is ridiculous. This is trying to create a scandal where scandal doesn’t exist. But that’s all they have. This is the only way that they have to attack those on the left right now. That’s how far gone the Republican party is that they think, oh, this is our gotcha moment. We’re going to somehow ruin Bernie Sanders’ life by telling people that he likes to sleep in a cold room, in a nice big bed, snuggled up with a bunch of blankets. Yeah. If that’s the best you got, keep it coming because all it did was make you people in social conservative media look like complete morons.