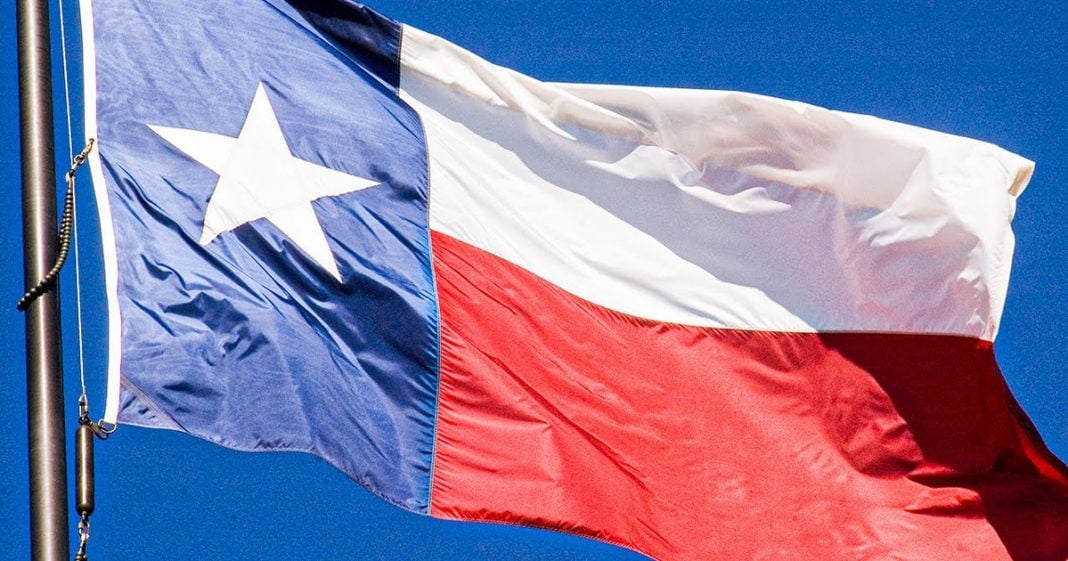 A new analysis of a proposal by Texas Republicans shows that their new “formula” for determining the number of polling places on election day would reduce the number in communities of color that tend to vote for Democrats. This is a direct attack on voting rights with the sole intent of making it harder for Democrats to win races, and this is the only way that Republicans can continue to have power in this country. Ring of Fire’s Farron Cousins explains what’s happening.

Republicans in the state of Texas have come up with a new proposal on how they’re going to determine how many polling places to put in specific cities, districts, precincts, whatever it is for future elections. And while this is just a proposal right now, they have to wait until they get the final census numbers in before they can really make any moves. But basically what the new formula does, according to an analysis from the Texas Tribune, is it would strip counties that are predominantly people of color. And counties that are represented by Democrats, it would reduce the number of polling stations in those areas. Here it is. This is a Truthout, based on the, or excuse me, the Hill, based on the Tribune article. According to the Tribune’s analysis, excuse me, the bill would reduce the number of polling places only in districts represented by Democrats. It would remove 73 polling places across 13 Democratic represented House districts and redistrict, redistribute them, excuse me, across seven Republican representative districts and Two Democratic represented districts.

So for the most part, what they’re trying to do, what they’re literally doing here is saying, all right, we’re taking these away from the Democrats. And, uh, we’re giving them to the Republicans. So if you live in a Republican county in Texas, it’s going to be easier to vote. They’re just going to have polling stations all over the place. But if you’re a person of color in a Democrat control, controlled district, ah, sorry, you’re going to have to travel. You’re going to have to go out of your way to find out what’s happening. This is intentional. This is that systemic racism that we hear so much about that Republicans swear doesn’t exist. This is it, folks. This is systemic racism. This is racism built into the system to punish voters of color for not voting for Republicans. This could not be any more targeted and it also could not be any more clear. It’s here. It’s racist and it’s Republicans doing it and they’re doing it because this is the only way they can hold onto power.

Across the country Republicans are unpopular. Hell, even in Republican controlled states Republicans are unpopular, not all of them, but some. Enough to make Republicans worry. If they don’t go through with these voter suppression tactics, if they don’t try to take polling places away from areas of color like they’re doing in Texas, and they’re doing it in Georgia, they’re doing it in Florida because shifting demographics tell us that those states are trendin’ blue. I have disagreements about Florida, but Texas and Georgia, they’re trending blue. Hell technically Georgia is a blue state right now represented by two Democrats in the Senate. Pretty remarkable. Texas is on its way and that’s why they’re doing this. Republicans have nothing to run on. They have no reason for people to actually vote for them. So all they’re trying to do is make sure that the people who would vote against them, aren’t able to vote because if they succeed there, they can hold onto power. But if they fail, they’ll never win another election because they have nothing to offer the public.