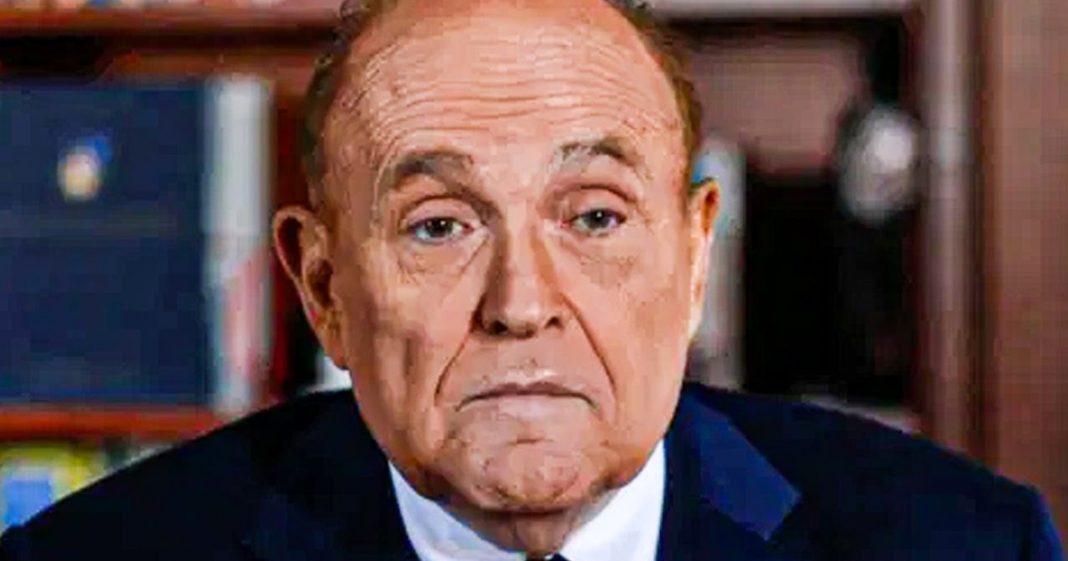 Rudy Giuliani might be in even more trouble than previously thought, as a voicemail that he left for a Maricopa County official reveals that Giuliani wanted them to “fix up” the election results for Arizona. It is hard to construe this as anything other than direct election interference, and Giuliani could be looking at very serious consequences if the state decides to investigate the matter. The only thing Rudy has going for him is the fact that his Republican allies control the state, as Ring of Fire’s Farron Cousins explains.

Rudy Giuliani might be having one of the worst years he’s ever had and the best part is it actually keeps getting worse for Rudy Giuliani. We found out this week that Giuliani made a phone call, on Christmas Eve actually, to Maricopa county supervisor by the name of, uh, Bill Gates. Not that Bill Gates. But Bill Gates, Maricopa county supervisor, and this is what Rudy Giuliani left in his voicemail for Mr. Gates. Bill it’s Rudy Giuliani, president Trump’s lawyer. If you get a chance, would you please give me a call? I have a few things I’d like to talk over with you. Maybe we can get this thing fixed up. You know, I really think it’s a shame that Republicans sort of are both in this kind of situation. And I think there may be a nice way to resolve this for everybody. Yeah.

It really sounds like Rudy Giuliani’s interfering with the election in the state of Arizona, right? Because at this time let’s not forget, we had the recounts going on in Arizona. We had ballot confusion. Even though again, this was Christmas Eve, the election had been called, the electoral college had voted, but Giuliani wasn’t giving up and he said, let’s get this thing fixed up, fixed up. You know, an outcome, a nice way to resolve this for everybody, he says. Yeah, I, I think Rudy Giuliani is going to go to jail. There is no other way to interpret this other than stone cold election interference. It is very clear from this phone call, which I just read you verbatim. That was a voicemail he left Bill Gates, again, not that Bill Gates. But he’s basically telling him like, let’s get this fixed up. Let’s resolve this for everybody. That’s election interference.

That is election interference. So yeah, I think, I think by the end of this year, Rudy Giuliani is, uh, is going to be away. Probably not going to be as accessible to do, to do interviews and hell even to make phone calls like this anymore, because this is pretty cut and dry. The only thing Giuliani actually has going for him is that the State of Arizona is still controlled by the Republicans. So if they don’t want to investigate this and maybe he won’t have to worry about this. But they may not always be in control of the state and if this story continues to blow up, there may be nothing they can do to prevent yet another criminal investigation from zeroing in on Rudy Giuliani.