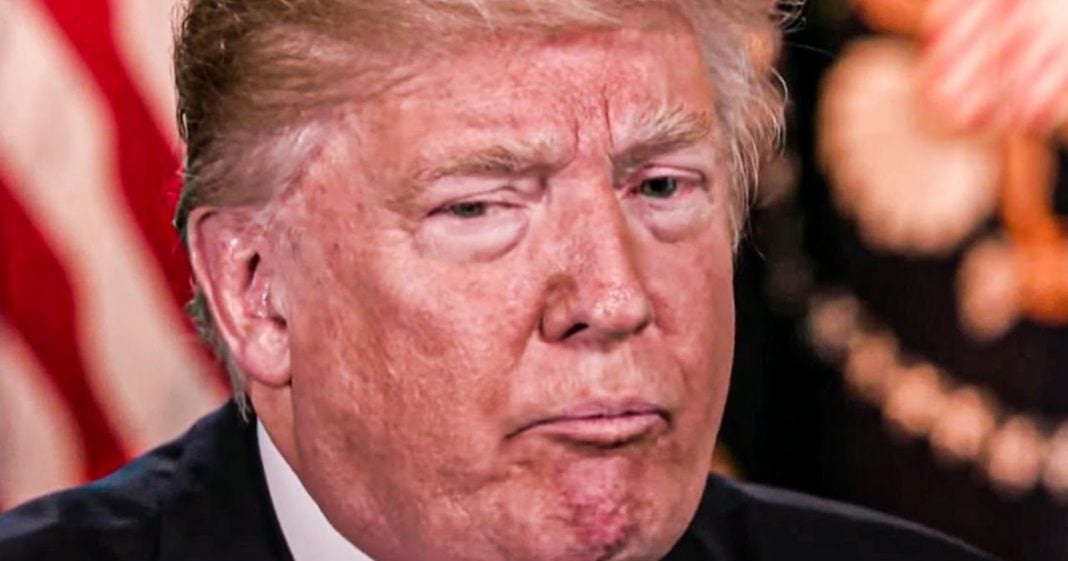 The Chinese Americans Civil Rights Coalition has filed a civil rights lawsuit against Donald Trump for repeatedly over the past year calling the coronavirus the “China Virus,” which has resulted in increased hate crimes and attacks against Asian Americans. Trump used the phrase in an attempt to deflect blame away from his shoddy handling of the pandemic, but all it appeared to do was further stoke hatred and division in this country. Ring of Fire’s Farron Cousins discusses this.

The Chinese American civil rights coalition is suing Donald Trump for $22.9 million over his actions by calling the coronavirus, the China virus. Since the very early days of this pandemic, you know, all the way back to February of 2020, Donald Trump was trying to shift the blame from his ridiculous administration, trying to calm the public, and so he started calling the thing, the China virus, and the more he saw that that offended people, the more he actually continued to call it the China virus. So not only did he like it because it was people off and he enjoys that because he’s sadistic. But also it was a way to deflect the blame, to take all the hundreds of thousands of deaths that happened on his watch and say, oh, no, no, no, those aren’t my fault. It’s this virus from China, the China virus, as he called it.

So now we have this civil rights organization suing him for $22.9 million, which amounts to $1 for every Asian American and Pacific, Pacific Islander here in the United States. $1 per person. Because as we also know at the time when Donald Trump was referred to it as the China virus, we started to see attacks against Asian Americans skyrocket here in this country, a skyrocketing that by the way has not stopped. It’s still a thing going on today. And it may not be 100% because of Donald Trump, because you also have other members of the conservative media who pushed this myth that somehow China’s trying to punish us. And then of course you have idiotic hate-filled bigots here in the United States who take that fuel and put it in to attacking Asians here in the United States. That’s what’s happening.

So I fully support this lawsuit. I, I hope that it is successful. I understand the chances of it actually being successful are very slim, just on the fact that you’re going to have to prove that any specific act of violence was in fact inspired by Donald Trump saying those words at a specific time, it’s virtually impossible to prove that. So uphill battle ahead, but I do wholeheartedly support this lawsuit, and I do hope that somehow they are able to find success with it because Donald Trump needs to answer for this. Donald Trump needs to be held liable for this and the United States needs to break out of this habit of trying to find these foreign scapegoats to blame all of our problems on. We do it with immigrants. We’re doing it with COVID. We do it with so many issues every single time something bad happens. Eventually we have to stand up, take blame for it and realize that, yeah, we screw a hell of a lot of things up here in the United States. And a lot of that has to do with our overly partisan mentalities.