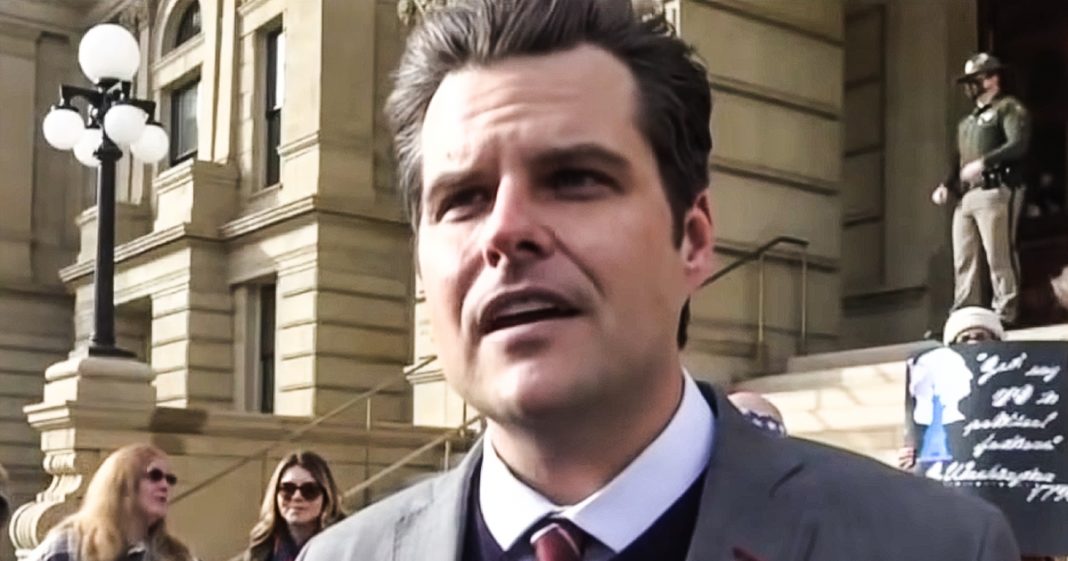 Mike Papantonio:             The walls are closing in on Matt Gaetz and his former girlfriend has agreed to cooperate against him in an ongoing investigation. You know, one of the comments I’ve gotten about your coverage is you’ve actually on, on, you’ve, on, on this site, you’ve given the best coverage of Matt Gaetz, maybe than anybody besides the Daily Beast.

Farron Cousins:                  Right now everybody is flipping on Matt Gaetz. You know, last week it was Joel Greenberg. This week, we find out that his ex-girlfriend the one who was worried she may have committed obstruction of justice. She is now cooperating, which is a good sign that, you know, they probably did approach her and say, listen, we’ve got you on obstruction. You need to work with us.

Farron Cousins:                  Who is also talking to the feds. Ron DeSantis, who owes his career political career to the Gaetz family, won’t even talk about Matt Gaetz anymore.

Mike Papantonio:             There’s other folks involved here. We still don’t know exactly who they are, but it’s an ongoing investigation. You know, that is a two-edged sword though. Let me talk to you about it from a lawyering standpoint in court, you’ve seen this same thing. When you have somebody like Greenberg, who is ride, everything is riding on it. And, you know, the cross-examination is pretty, pretty easy with Greenberg because, you know, you just attack, you attack, you attack on the idea he’s got a lot at stake. Yeah, he’s made all these promises. He’s even accused people that have been shown not to be involved, which actually happened with Greenberg. But the girl, that’s where, that’s where it ends. When the girl comes forward and says, yeah, everything Greenberg said is true. That’s when it really gets difficult, huh?

Farron Cousins:                  Right. And what’s interesting too. Another new development in this is it’s no longer just about the possibility of traveling across state lines to pay an underage girl for sex. They’re also looking into what he did to repay his friends in the medical marijuana industry.

Farron Cousins:                  It goes far beyond this. They’re casting the widest net possible. You know, there could be some pay-to-play or some, you know, favors given in exchange for supporting medical marijuana, which is a good thing. I’m glad he did it. You just don’t need to be illegal about it.

Mike Papantonio:             We know, we know a little bit about this. As you know, I am also in the medical marijuana business. We were competing with a group that he was involved with. Our group was competing with that group and in, in the end, you know, there’s no question. I mean, if you just look at the chain of events, there’s no question that his influence allowed that group that he was tying himself up with to get involved and to actually get a license. So there’s a lot, there’s a lot that he ought to be concerned about.