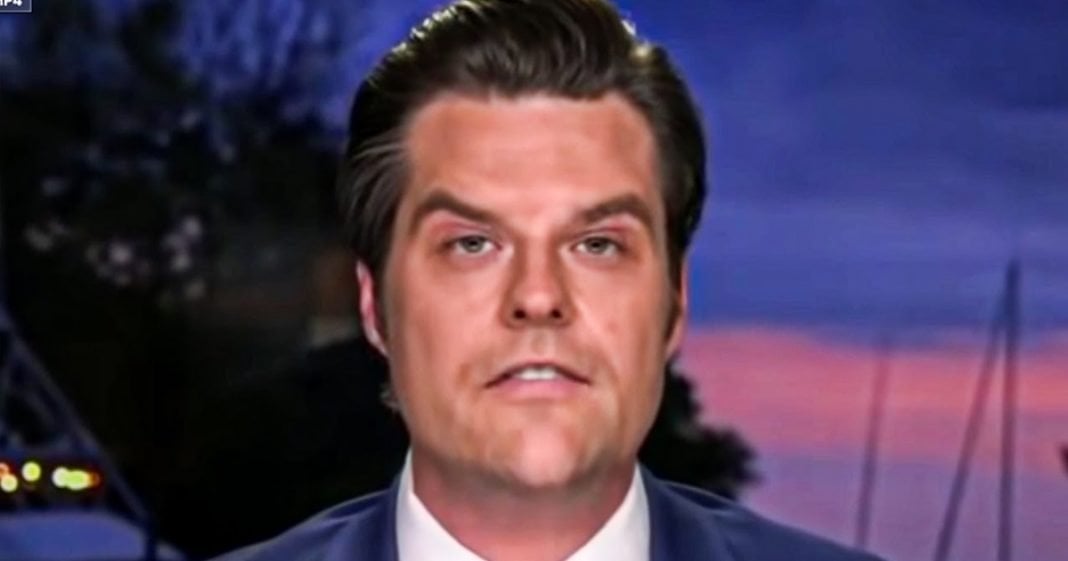 In a shockingly deranged speech at his Georgia rally, embattled Republican Congressman Matt Gaetz told the crowd that the 2nd Amendment protects their right to take up arms against the federal government. Gaetz has now moved into the arena of inciting violence, and he should be held liable for his comments. This isn’t a game, and we’ve already seen what these crazed conservatives do with even just a moderate push. Ring of Fire’s Farron Cousins discusses this.