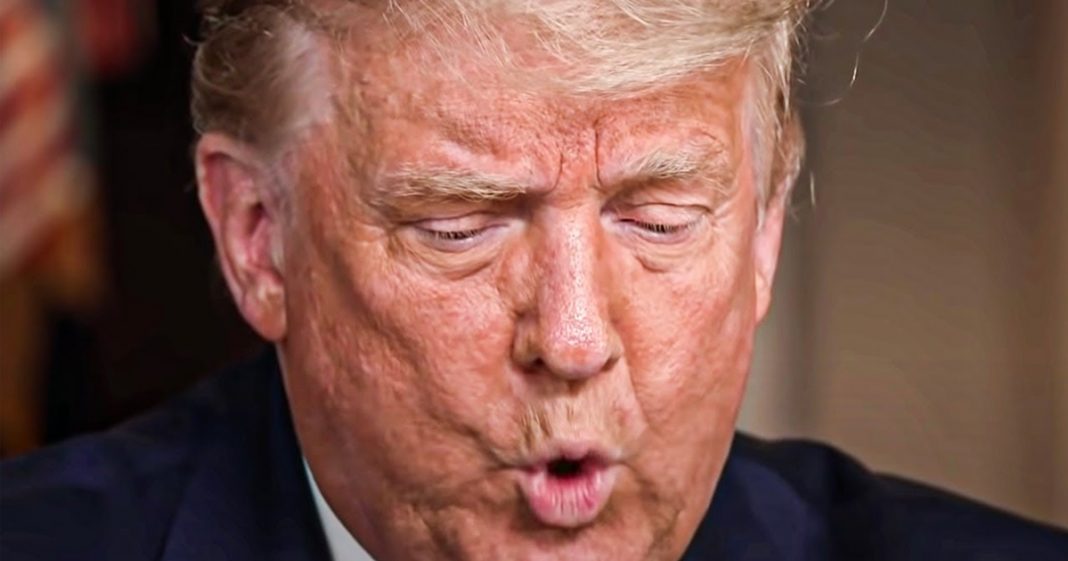 Prosecutors have convened a grand jury in New York, a strong sign that they have the evidence necessary to indict former President Trump. The grand jury will be the group that ultimately makes that decision, but the formation alone is a strong indicator that things are moving forward in a way that should be making all of MAGA country tremble. Ring of Fire’s Farron Cousins explains what’s happening.

Yesterday, it was announced that a grand jury had been empaneled in New York to look at all the evidence, to listen to witnesses, and then to make the decision on whether or not to indict former president Donald Trump or any of his idiot kids. This is a huge, huge development with this particular case. For those that have been following this closely, this is kind of one of the big payoffs. Obviously it’s not the big one yet. It’s not the indictments, it’s not the charges, but it is quite literally the step before that. So this is, you know, this is something worth celebrating. So what happens at this point, as I mentioned, of course, the grand jury is going to get to hear the evidence, they’re going to present it to these individuals. They’re going to hear from witnesses, you know, it’s almost like a little mini trial, if you will. Except of course that there’s only one side, the prosecution side, the defense does not get to come in.

They’re not involved in this in any way. So it’s just the prosecution. They’re going to go in there, lay everything out. Possibly play videotapes, depositions of anybody that they’ve spoken to. If they’ve gotten anybody to flip, they may even call them in to give testimony in front of the grand jury. So that’s what we’re looking at right now with these particular developments and this is a process that, by the way, could take a, you know, a good couple of months, if not, you know, upwards of a year, perhaps depending on what we’re looking at here. We don’t know exactly what the prosecutors in New York have. We do know that obviously what they have was enough to make the New York attorney general look at it and say, oh crap, I need to get in on this criminal investigation. So we do know whatever it is, it’s gotta be pretty damning.

The problem is with so many different targets, we don’t know who it’s about. It could be Donald. It could be one of his three kids, Don Jr., Eric or Ivanka. It could be Allen Weisselberg. It could be a figure that we have not yet, you know, fully explored. Who knows? Well, they do. News leaks out of grand juries fairly frequently. So I imagine what’s going to happen from this point forward is that we’re going to get a lot of leaks. We’re going to get a lot of new information. Evidence is going to start making its way to the press and to the public as a result of that. So we’re going to start learning more about what is actually happening once the grand jury really gets their teeth into things. So it’s heating up, it’s getting much worse for Trump. Grab the popcorn, because this is going to be fun.