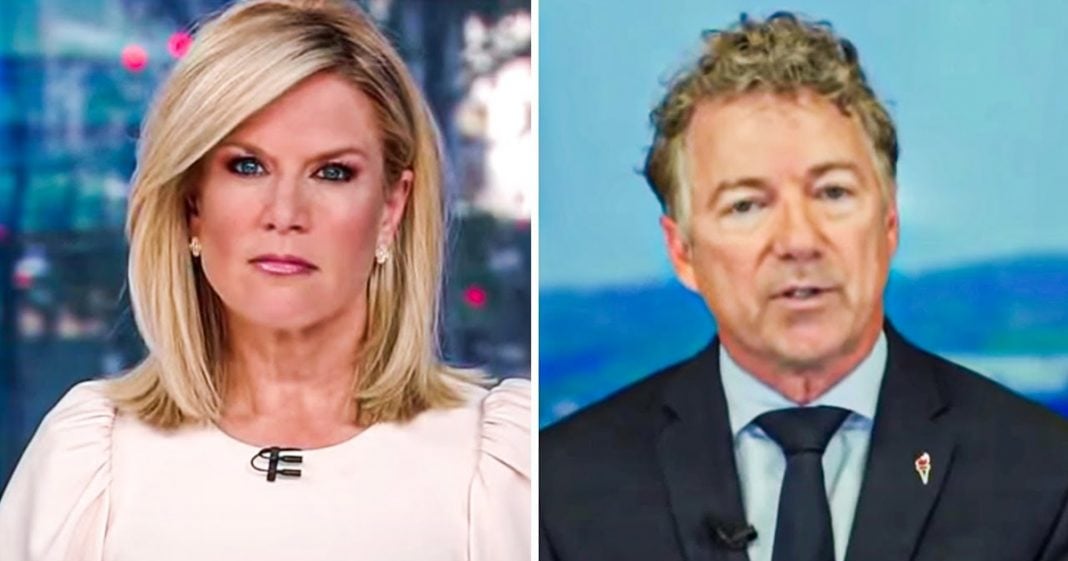 During an appearance on Fox News, Republican Senator Rand Paul called on his fellow conservatives to leave Twitter because the platform clearly “hates Republicans.” What Paul is actually unhappy about is the fact that people are calling him out for his BS. Social media has given everyone in this country a voice, and that is something that Republicans like Rand Paul absolutely cannot stand because they are forced to listen for once. Ring of Fire’s Farron Cousins discusses this.

Republican Senator Rand Paul is mad as hell, and he wants everybody to know it. During a recent appearance on Fox news this week, Rand Paul finally had had enough and he actually called on conservatives to abandon Twitter. Just leave the platform altogether, because as he says, they simply hate Republicans. Take a look, Rand Paul, in his own words, here it is.

Rand Paul:           But this is a private company that basically hates conservatives, hates Republicans. They don’t want us on there. And ultimately the answer maybe is Republicans need to just quit. We just need to leave it because every day they allow hundreds if not thousands of people to wish me and my family violence, and frankly, I’m tired of it. Uh, you know, I’m just, I’m just tired of them allowing this. And I…

You see Rand, I don’t buy anything that you just said. Now let me be clear, there are horrible people that do say horrible things on social media, you know, wishing ill against members of Congress. We do see it on both sides. But Twitter actually has mechanisms for people to report these tweets or, or for even you to report these tweets, Rand Paul, and those people get suspended or banned, permanently. Literally happens every day. Sometimes for the most innocuous of things, I can’t go on Twitter and say that I hope somebody catches a cold. I will be suspended for that. That is how strict Twitter’s rules are. But that’s not actually what’s bothering Rand Paul. No, what’s bothering Rand Paul and what’s bothering so many other Republican lawmakers, is the fact that for the first time in American history, these lawmakers actually have to face their constituents and other members of the public every day via social media.

See, that’s what they hate. They loved the days where they didn’t have to listen to you. They didn’t have to see what you had to say. It wasn’t posted on their feeds for them to have to scroll through, to get to the good stuff. Ignorance was bliss. You couldn’t talk to them. They couldn’t talk to you and they loved it. But now, social media everybody’s on social media. You gotta be on social media. And social media has given everybody in this country, a voice. And unfortunately for these Republican representatives, a lot of people want to use that voice to tell them what horrible people they are and that they hate the job that they’re doing. Hey, that’s life, buddy. You think you got it bad. Trust me, we, we’ve gotten it pretty bad ourselves here too.

Luckily we got some thick skin though, right? But Rand, you’re not afraid that Twitter hates Republicans because you know, that’s not true. You’re saying stupid things like that because you know it drums up your low information base. What you’re concerned about, what drives you mad, what you off, is the fact that you have to see what people think of you. You’re no longer up on this pedestal where nobody could touch you. Where if you simply didn’t answer the phone, you didn’t have to hear it. You hear it, you see it, it’s out there every single day and it drives you crazy. So many other Republican politicians the same way. It drives them crazy having the public, not only paying attention to what they’re doing, but the public having a voice to tell them that they disapprove. That is why Republicans hate social media.