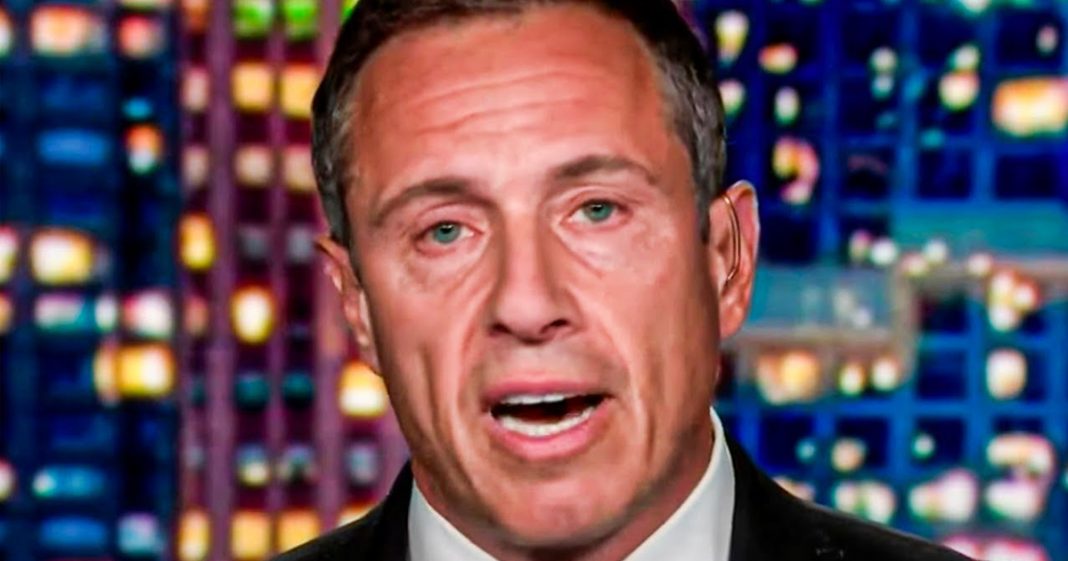 CNN staffers and hosts are furious that the network refuses to punish Chris Cuomo for advising his brother on how to manage the allegations against him. Some staffers went as far as to say that the network was engaging in Fox News-like behavior, and they aren’t wrong. Cuomo has hosted his brother numerous times, and never once admitted that he had been advising him on any issues, before or after his brother’s appearances. Ring of Fire’s Farron Cousins discusses this.

CNN has decided that they are not going to discipline host Chris Cuomo after it was revealed last week that he had been secretly advising his brother, New York governor Andrew Cuomo, on how to deal with the sexual harassment allegations and improper sexual conduct against the governor Cuomo. Now, Chris never mentioned any of this on the air, never discussed that fact, never disclosed it. Didn’t think, I guess, that he needed to mention that he was working for, you know, a very powerful politician here in the United States. Nope. And so of course, scandal breaks. CNN says, oh Chris, you shouldn’t do that, but we’re really not going to punish you. So whatever. And now, according to a new report from the Daily Beast, CNN staffers and some on air talent are furious.

They understand that this actually does damage the network’s credibility. This isn’t about whether or not you’re okay with Chris Cuomo doing this behind the scenes. It is about credibility. If you were to find out that any on air personality was actively working with a high profile politician, doesn’t that immediately call everything they say into question? Isn’t everything from that point forward suspect because they lied to you by not telling you what was happening? I mean, everybody was up in arms when all the Fox news people were making daily phone calls to Donald Trump. Admittedly Cuomo wasn’t the president of the United States. But governor in New York is still a pretty powerful position here in the United States. And Chris Cuomo, you know, sure, they’re brothers, I get that.

But he could have disclosed it. That’s all we were asking. That’s all we were asking, a little bit of honesty, a little bit of integrity, and they couldn’t even muster that. So yes, these people are furious. Here is what one CNN on air personality had to say, female on air talent. I’m very disappointed in the network. I think some disciplinary action at a minimum was required in this situation. As a woman who works here, I feel a little let down to be honest. Another CNN producer said, it’s disgusting. They can’t really punish him now because last year when he was interviewing his brother and they were yucking it up, CNN loved it. They never, ever should have had that happen. It was a complete let down of journalistic ethics then. It’s very Fox news like behavior.

That’s the one, because it is very Fox news like behavior. CNN would be covering this non-stop if this had been reversed and it was a host over at Fox news that had done this. MSNBC would be doing that, but they’re not. I understand CNN, not hugely popular, you know, always tend to struggle a little bit in the ratings department. Chris Cuomo is however one of their more popular hosts. He’s done some decent work. But this is a huge screw up on Chris Cuomo’s behalf. And again, it now calls into question everything that this guy has done and will do moving forward. The trust has been broken and CNN is doing nothing to repair that breach and therefore that trust is going to remain broken. And Chris Cuomo’s credibility may not ever rebound. In my personal opinion, both the Cuomo’s need to resign.