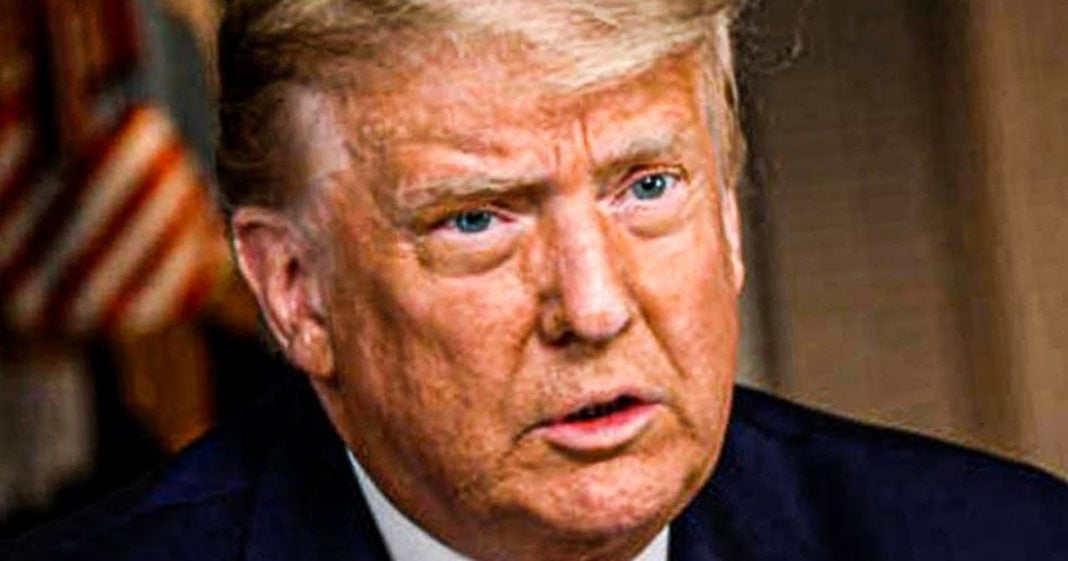 Republicans in the state of Georgia, along with the court system, have agreed to allow several Republican groups to have access to ballots cast during the 2020 election in order to “check” them. The groups claim that they are looking for fraud, but the state of Georgia has already gone through recounts and audits that couldn’t find any fraud. But this is the slippery slope that we’ve all been warning about, as Republicans continue to undermine our electoral process to soothe their bruised egos. Ring of Fire’s Farron Cousins explains what’s happening.

Well folks, we are officially on the slippery slope as Republicans in the state of Georgia are now going to be allowed, civilian Republicans, by the way, to get their hands on the ballots from the 2020 election. So they can conduct their own audit just to make sure everything’s on the level. But of course much like in Arizona, they don’t want to look at all the ballots. Oh no, no, no, no, no, no. They only want to look at the ones that came out of Fulton county, where Atlanta is located. And Fulton county is not a majority white county. African-American voters are roughly equal to white voters in that county. And then when you factor in Asian Americans, Hispanics, and other ethnicities, they actually outnumber the White people in Fulton county. So, gee, I wonder why Republicans are only focusing on that county in the state of Georgia? Hmm. That’s a real head scratcher. But hell, didn’t stop a judge from giving them the go ahead to do this. Didn’t stop Republican secretary of state, Brad Raffensperger from giving the project his okay. And now this group called, what is it, Voter GA, led by a man named Garland Favorito, they’re going to get their hands on these ballots to do whatever the hell they want to with these ballots.

And of course, Matt Gaetz last week in Arizona promised that they were going to Georgia. Promised this was going to happen, said, this is just the beginning here in Arizona. We’re going to start doing this everywhere. He specifically mentioned Georgia and bam if it didn’t happen immediately and it’s going to start happening elsewhere. In fact, you have rabid Trump supporters in other states that are already filing lawsuits to do the same thing, to get their hands on these ballots from the 2020 elections. So they can conduct their own audits of it. Our very Democratic process is under attack by crazed Trump supporters and they’re crazed. They are. The, these are not normal individuals. These are not individuals who have, you know, good mental health. These are people who are deranged. These are people who are delusional and these are people that desperately need mental health. But instead of giving them help, we’re giving them the ballots. This country is sick and I don’t know that we can fix it. I don’t know. I, I try, try to be optimistic sometimes, but this story, I think just killed it. Screw it, right? I’m almost at that point. And maybe I’m in need of a break. Maybe. I don’t know. That’s why I’m, I, I’m so off about this. But it’s over.

America’s done. If we continue to let these psychopaths go through, when they know they lost the election, these officials who approved this audit, know they lost the election. If we continue to let this happen, this country’s toast, it’s done. There’s nothing worth salvaging anymore. Ballots in the state of Georgia have already been audited. They’ve already been recounted. They’ve been gone through, the electronic voting machines have been gone through, the election has been certified. The elector is selected, the electoral college voted and Congress certified it. There is nothing more to do here. But they’re going to keep doing it. They’re going to keep re-litigating the 2020 election until they get the outcome they want. And it won’t stop in Georgia. Just like it didn’t stop in Arizona. I mean, in fact, it’s still hasn’t even stopped in Arizona. It’s still going on and they’re trying to do it elsewhere outside of Arizona and Georgia as well. I don’t know what to do. But I can tell you, I am rapidly losing hope in this country, like by the day measurably by the day because these Republicans are getting sicker and instead of getting them help, we’re giving them more power.