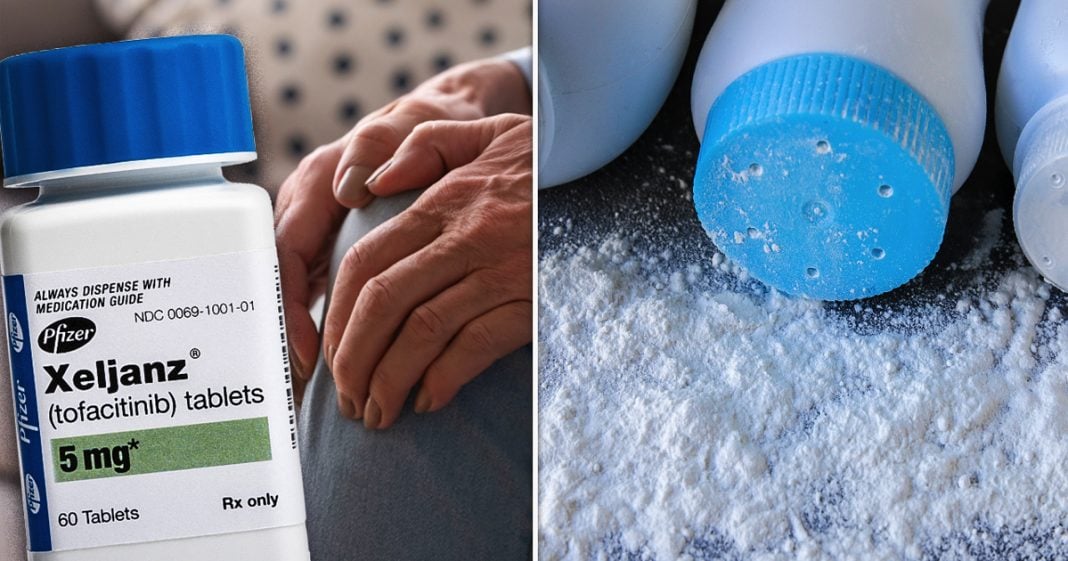 Via America’s Lawyer: The FDA is again resorting to damage control, now warning the public about Xeljanz, a rheumatoid arthritis drug approved in 2012 that’s been linked to heart disease and cancer. Attorney Sara Papantonio joins Mike Papantonio to explain the dangerous results from recent safety trials. Plus, Johnson & Johnson reserves almost 4 billion dollars to settle tens of thousands of lawsuits over its cancer-causing baby powder. Attorney Stephen Luongo joins Mike Papantonio to update us on litigation filed by customers who were put at risk.