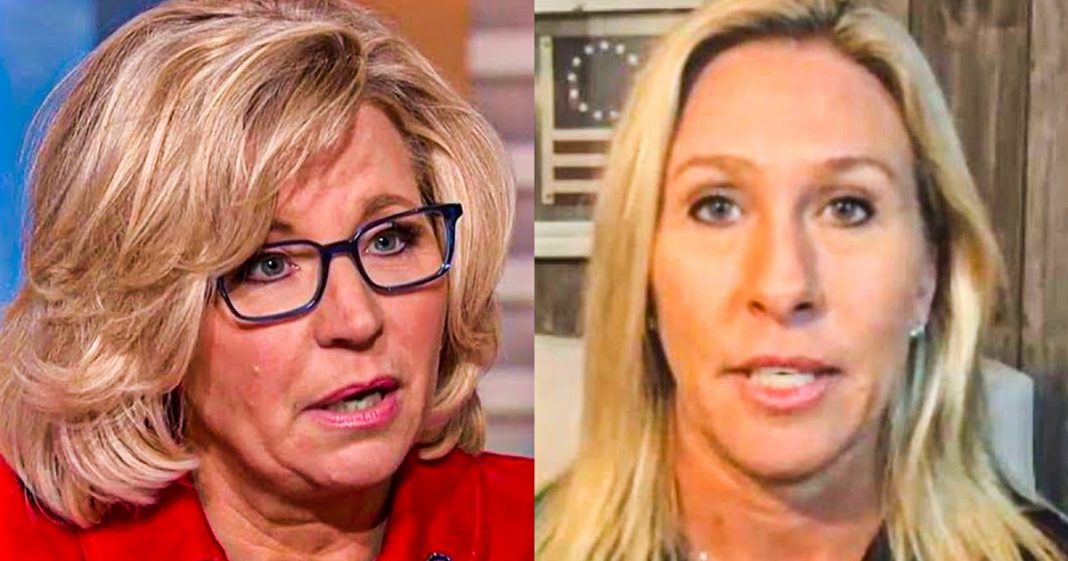 Republican Representative Marjorie Taylor Greene made even more idiotic comments over the weekend about Speaker Pelosi and the mask rules for the House. Greene actually compared the order to the Holocaust, prompting backlash from everywhere. But one of the people calling out Greene’s insane comment was Liz Cheney, who said that Greene was engaging in “evil lunacy,” and that might actually be the most accurate description of Marjorie Taylor Greene ever. Ring of Fire’s Farron Cousins discusses this.

How speaker Nancy Pelosi wants members of Congress to continue wearing masks on the floor during floor votes. Unless of course you’ve been fully vaccinated. If you’ve been fully vaccinated, off with the mask, you’re good to go, which by the way, is a lot of members of Congress. And, but if you haven’t, hey, guess what? You’re still vulnerable. We’re the mask. That’s, that’s Pelosi’s rule. She’s in charge. She gets to make rules and honestly, not a bad rule. It’s actually what the CDC, the scientists, recommend. Well as expected, Marjorie Taylor Greene has a problem with this. And on Friday afternoon, she went on real America’s voice and said this about Pelosi’s mask slash vax mandate.

You know, we can look back at a time in history when people were told to wear a gold star and they were definitely treated like second class citizens so much so that they were put in trains and taken to gas chambers in Nazi Germany. And this is exactly the type of abuse that Nancy Pelosi is talking about. Wearing a mask, according to Marjorie Taylor Greene, is a kin to the Holocaust. That’s what, that’s, that’s what she said in this comment here. There is no difference in Marjorie Taylor Greene’s mind than being rounded up and murdered for your ethnicity, there’s no difference between that and somebody saying, hey, would you mind putting a mask on because we’re in the middle of a global pandemic. Thanks. Those two things are indistinguishable from one another in Marjorie Taylor Greene’s demented, warped little mind.

You know, the Republican Party would not have stood for any of this prior to Donald Trump. This would have immediately been grounds for expulsion. Hell, anything Marjorie Taylor Greene has done since taking office or even before taking office would have immediately gettin, gotten her a one-way ticket back to Georgia. But here it is, this, this is just another Monday for Marjorie Taylor Greene now. This was just another day. This is just another idiotic Marjorie Taylor Greene story that we have to sit here and do because this woman, as Liz Cheney put it, is an evil lunatic. And as long as she’s in Congress, we’re going to have to keep doing stories talking about the crazy idiotic things that she says on a routine basis.