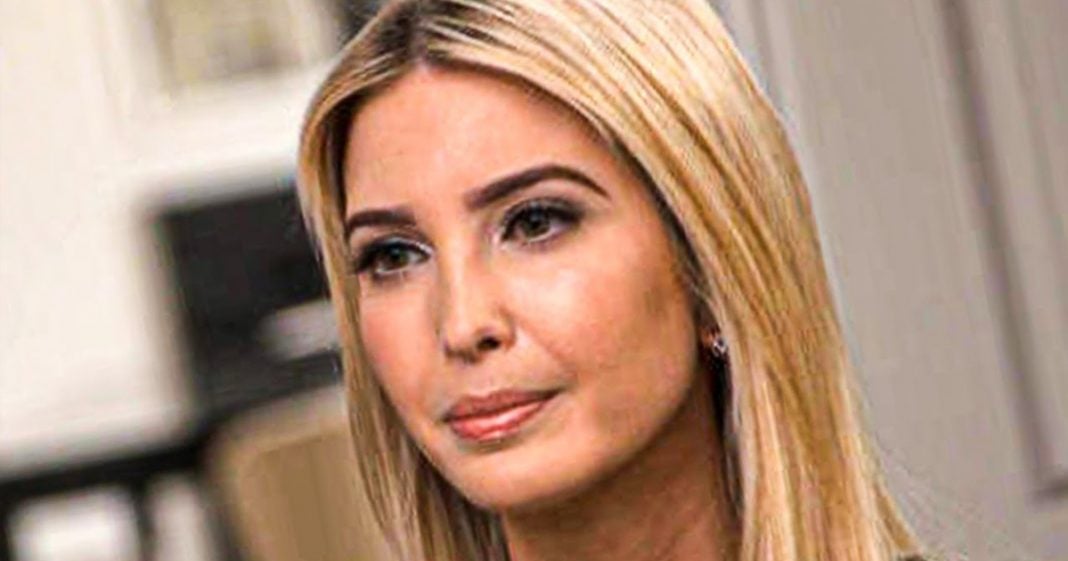 The text of a deposition of Ivanka Trump shows that the former First Daughter tried to play stupid with lawyers by acting like she had no idea who CFO Allen Weisselberg was. Weisselberg has been with the company nearly 30 years long than Ivanka has, and he has been a top executive for the entire time that she has been with the company. It isn’t exactly clear why she would lie about now knowing who Weisselberg is in this particular case, because this wasn’t even related to the investigations in New York. Ring of Fire’s Farron Cousins explains what’s happening.

I don’t know. Is he an actor? I don’t know, what, who is he? Is he cute? I don’t know. She pretended that she didn’t know who Weisselberg was because she was being deposed in a case about misusing funds. So yeah, probably always a good idea to distance yourself from the financial officer when you’re being, you know, investigated in a criminal matter, regarding misusing money. I don’t think there is anyone in this country who believes these idiotic things that Ivanka Trump says, like, I don’t know who he is. No, you do know who he is. I guarantee you, if we were to pick up Ivanka Trump’s cell phone right now, scroll down to the W’s, you’re going to find Weisselberg in her contact list. Open up her email app, app and start typing in the name Allen, it’s going to show up Allen Weisselberg. She knows the guy. So the question is, of course, why is she actually lying about not knowing who he is? Or is she really that stupid? Can’t rule anything out.

But let’s assume for a moment that she is not a complete, you know, mouth breather. Let’s assume that she’s got her wits about her and she is lying. The question is why? If this were the New York investigation, we’d all know why and it would be pretty damning evidence, but this, this is the inaugural fund. Okay. Weisselberg had minimal contact with these individuals over there doing the inauguration. So why lie in that one? I don’t have an answer. Hell, at this point, I don’t even have a theory. Maybe as the days and weeks rollout something about this will become a little more clear because as it stands right now, that makes no sense, but this wasn’t all that long ago. So maybe she’s trying to lay the groundwork to go up to New York and argue, like, look, as I said in the other deposition, I don’t know the guy. Time will tell, but I’m pretty sure she’s not going to be able to convince anybody that the man who worked in the same building as her for 16 years, that she’s not able to pick him out of a lineup.