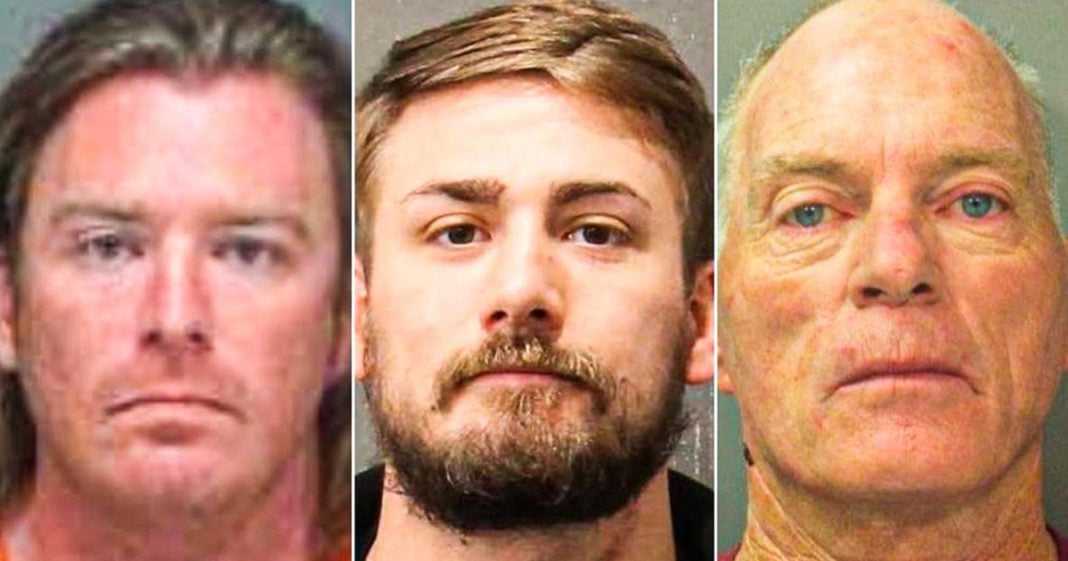 The Trump supporters who participated in the Capitol Riots are now trying to blame one another for took place that day. In legal defenses, rioters are trying to say that they just got too caught up in the moment due to the actions of everyone around them. This is a desperate ploy for individuals who really have no defense for what they did that day. Ring of Fire’s Farron Cousins explains what’s happening.

Defense lawyers for many of the Capitol rioters are trying out a new defense to see if it works at all. And that defense is that, well, it wasn’t my client. It was everybody else’s clients out there doing the horrible things and so mob mentality took over. And of course my client then, you know, became engaged with the riots and started chanting, hang Mike Pence. And yeah, but he wouldn’t have done that had there not been all these other people already doing it. You just got caught up in the moment, folks. That is the new line of defense for many of the people that have been arrested, by the way, I think at this point we have over 400 individuals arrested, awaiting trial for their involvement in this Capitol riot. But this defense is absolutely stupid. They are trying to claim mob mentality saying that, oh, well, you know, they were at the rally and everybody just started getting crazy and everybody’s feeding off everybody else’s craziness. And then next thing you know, whoops, we’re stealing Nancy Pelosi’s laptop.

Eh, not exactly how mob mentality works though. So here’s the thing, actually another defense lawyer who’s not representing any of these individuals, actually did an interview where he said, yeah, uh, I’m not buying that defense. And I don’t think a prosecution or a jury would buy it either because you have one simple fact that already negates that, many of these people traveled thousands of miles from their homes to attend this event. These weren’t just people who happen to live in DC. Like, hey honey, you know what, why don’t we go down to that stop the steal rally today? No, these are people who had a plan. People who were off enough to spend their hard earned money, to either take flights or drive their vehicle cross country, to attend these things. This wasn’t mob mentality, this was calm, cool, and collected planning. And that’s far more terrifying. And also the lawyers who are going out there trying to claim mob mentality, by the way, they’re not doing this in court, they’re doing it in interviews with the press.

How dumb can you get? If you’re a defense attorney and you know, you basically have to defend the indefensible here. You don’t go out and give up the entire game to the press because you know what that does, that gives prosecutors the upper hand because prosecutors now know exactly where you’re going to go. And so that’s why you have this other defense attorney who’s already saying like, yeah, that’s a horrible defense because X, Y, and Z, we can prove that you calmly attended this thing. That you planned it out. This wasn’t a spur of the moment mob mentality thing. This is idiotic. This is beyond idiotic at this point with these individuals. We know what they did. And of course everybody, you know, let’s be honest, everybody is entitled to legal representation. That is a constitutional right.

So they absolutely have the right to these defense lawyers. They absolutely have a right to a trial. Nobody’s trying to take that away from them. But I think the problem is that these defense lawyers, and in some cases, the public defenders, they know there’s no defense of what happened. You know, there are very few ways to try to excuse this behavior. And I think what we’re seeing here now with them trying to come out and say, listen, it was just mob mentality. Everybody got caught up in the heat of the moment. That to me is such a weak and pathetic argument that it kind of shows that they have absolutely nothing left to use to defend these individuals.