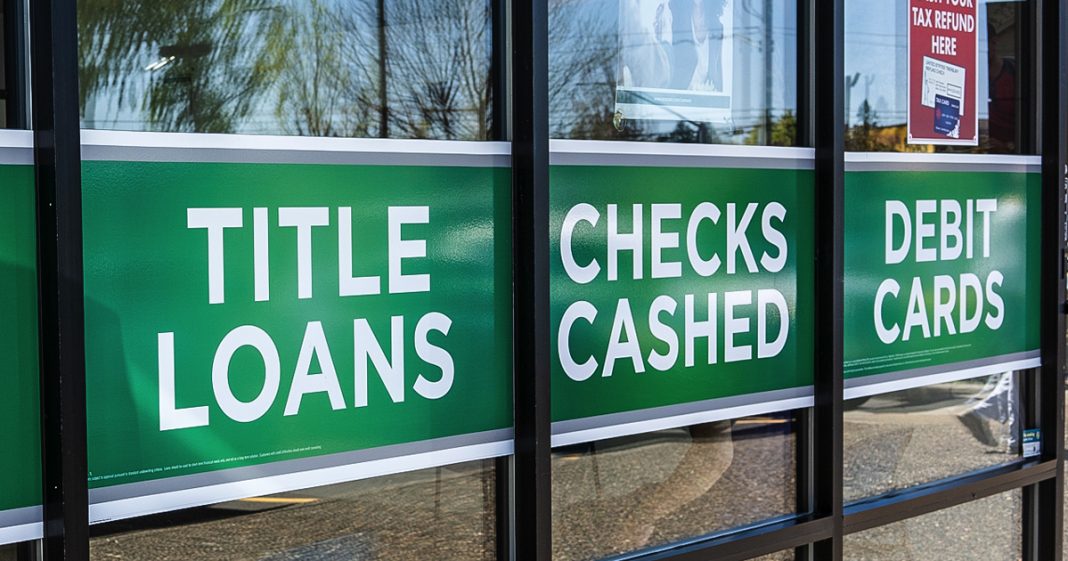 Via America’s Lawyer: The Senate votes to repeal the “Rent-A-Bank” rule enacted under the Trump administration, which allowed predatory payday lenders to charge sky-high interest rates under the names of reputable banks. Filling in for Mike Papantonio this week, Farron Cousins explains more.

And finally tonight, some good news. The Senate passed a congressional review act resolution last week that will actually undo a rule enacted during the Trump administration that allowed payday lenders to skirt laws that had prevented them from charging exorbitant interest rates to borrowers. The rule was colloquially called the rent a bank rule, and it allowed payday lenders to borrow the name of a reputable bank or financial institution in order to make loans to people. Since the loans were technically coming from this new bank, the payday industry could then get around laws limiting the amount of interest they could charge, and they immediately began charging interest rates of 200% or more, in some instances. The payday lending industry has been keeping people in a cycle of debt for decades.

By charging these ridiculously high interest rates, they force borrowers to actually take out more loans just to pay off the first loan and so on and so on, creating an endless cycle of debt and borrowing. And while laws had been put in place to stop this, the Trump administration gave this industry a massive gift with their rent a bank rule that allowed them to charge whatever they wanted in interest. A companion piece of legislation still has to pass the House of Representatives, but the chances of it passing are exceptionally high, especially since several Republicans in the Senate were willing to cross party lines to support it. And of course, Democrats have the numbers in the House to do it on their own.