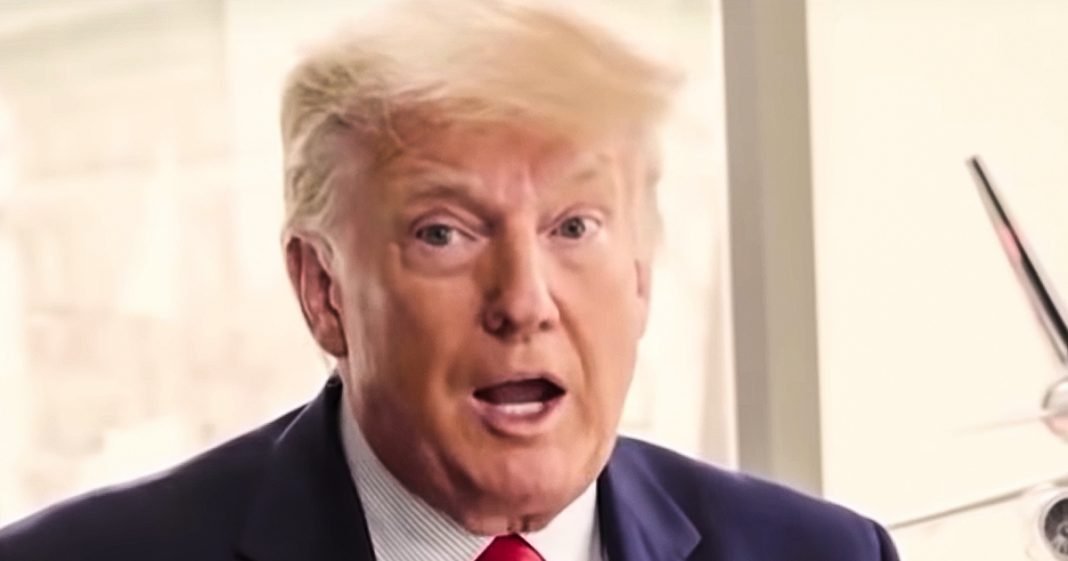 Donald Trump’s former lawyer/fixer Michael Cohen this week said that he believes Trump will end up flipping on his own children in order to save his own skin. This prediction came after it was announced that the New York attorney general was joining into the criminal investigation into the Trump Organization. Cohen knows Trump better than anyone, and given what we know about Trump it seems incredibly likely that he would throw anyone under the bus to save himself. Ring of Fire’s Farron Cousins discusses this.

This week during an interview on MSNBC, Michael Cohen, Donald Trump’s former lawyer slash fixer, told Joy Reid that he believes, he is predicting that Donald Trump is actually going to flip on his own children in this New York investigation. Michael Cohen, a guy who knew Donald Trump worked for him for 20 years, again, as the lawyer slash fixer. So he’s very familiar with how Donald Trump reacts in legal situations. That’s why this is actually fairly important information. He knows how Trump works. He has helped get Trump out of trouble. So when this guy comes out and says, listen, based on two decades of experience of working with this, man, I fully predict him to flip on his children and throw them under the bus to save his own hide. I think that’s the kind of thing we might want to take a little bit seriously. And honestly, I don’t care if he does, or if he doesn’t, this is going to be fun.

I know there’s a lot of speculation right now about why the New York attorney general decided to get involved in this. And unfortunately, right now, all we have is speculation. But another Trump organization executive earlier this week, which I already discussed in a previous video, came out and said, she thinks that Allen Weisselberg, the CFO is the one who flipped already. So there’s lots of things happening here. But, but to Cohen’s point, would Donald Trump give up his own kids? Would he go and throw them under the bus, knowing they’ve got their whole lives ahead of them? Whereas he is essentially on his way out of this world, you know, his best years are behind him. You know, maybe a noble person would take the fall, you know, protect their kids. They’d be the one to fall on their sword. This really folks might be Donald Trump’s last chance to do one good thing in his life.

I think that’s what we’re looking at here if this investigation gets to that point and Donald Trump who has lived this life of just absolute debauchery, might have one chance to redeem himself, probably not with the public, but at least with his own family. Would he do it? Would he take that? Right. It’s very Dickensian, isn’t it? You know, you get the one, one last chance. He’s not going to do it. He’s not going to take that opportunity. He’s not going to suddenly change who he is as an individual. He’s not going to be visited by three ghosts the night before a plea deal comes up. No, he is going to do whatever it takes and if it means throwing his poor little kids under the bus, because they’re not poor little kids, they were just as involved as he is if there is anything to be involved in. He’s not going to do it. He’ll throw those kids under the bus and he won’t even think twice about it. And somehow in his brain, that will be the noble thing to do.