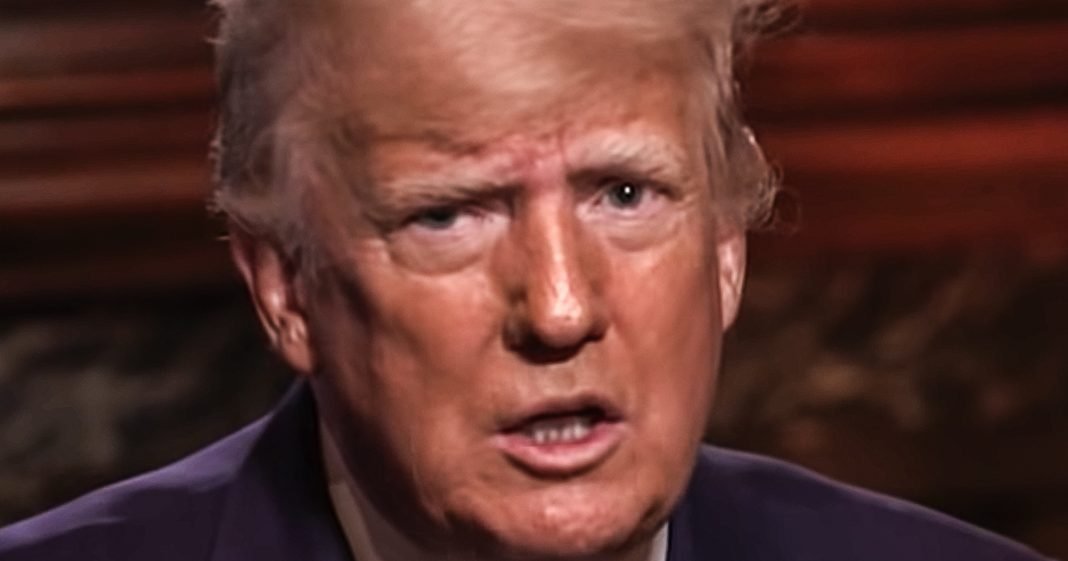 Barbara Res, a former executive with the Trump Organization, told MSNBC this week that she believes that CFO Alan Weisselberg has flipped on Trump, and that could be the reason that the New York Attorney General became involved in the investigation. This is certainly possible, as investigators have been interviewing people from the organization for months, and combined with the paper trail that they have through the financial documents, it is likely that someone decided to cooperate. Ring of Fire’s Farron Cousins discusses this.

According to a former Trump organization executive by the name of Barbara Res, she believes that the reason the New York attorney general has now joined into the criminal investigation into the Trump organization is because somebody flipped. Not just anybody, Barbara Res, who again, she’s speculating. She is not stating this as a fact, but she believes that the person who has flipped is Trump organization chief financial officer Alan Weisselberg. Now Weisselberg has been at the center of this investigation for quite some time. He has been named, we have discussed him here on Ring of Fire for many years, mostly due to connection to this possible scan, scandal here. So yes, Weisselberg has been a person of interest. Oh, and by the way, she actually made this claim before it was revealed this week that, uh oh, it turns out that Weisselberg is being investigated for tax fraud in the state of New York.

So he’s got his own issues to worry about with that tax fraud investigation. Right? So if he’s also embroiled in the Trump investigation, criminal investigation, kind of seems like the kind of guy who as Barbara Res put it, wants to make sure his children are taken care of and he’s thinking about them and their future. So perhaps he is ready to play let’s make a deal. Maybe he’s trying to pull a Greenberg. Like with Matt Gaetz. Got 27 of the charges against him dropped in order to flip on some of his good friends, all these Florida politicians. So yeah, Weisselberg would really be a prime target for investigators to attempt to flip. Guy has everything to lose and a plea deal, you know, could give him everything back. So he has a lot to lose and a lot to gain, a lot to lose if he doesn’t cooperate, a lot to gain if he does.

So her assumption here does make a lot of sense. And of course the timing of these things would also seem to indicate that. We do know that investigators have spoken to Weisselberg on several occasions. They’ve also, you know, been, been trying to talk to Trump’s kids. I doubt, I seriously doubt, you’re going to get any of the little Trumplings to, um, flip on dad. I’m sorry. I’m laughing at myself saying Trumplings, but I think that’s hilarious. But either way, Weisselberg not a part of the Trump family, so he’s not protected in their little bubble, probably thinks by the way, that they would all get together and flip on him, try to pin it all on him. So he’s got to look out for his own back before they stab it. So yeah, when you start to look at all of the evidence, when you start to think of who has what to lose or what to gain, Weisselberg would be the prime person for the investigators to try to get to flip.

Hopefully he did. That’s what I’m hoping for at this point. And after all, since this is an investigation into the finances of the Trump organization and Weisselberg was the chief financial officer, if there were crimes being committed, Weisselberg would have had to have known about them. So you got a guy, wants to protect his family, wants to avoid spending links of time in prison, might get pinned by the remaining members of the Trump family and likely knows everything that happened. Yeah, I’d say that if anybody has flipped or is going to flip Weisselberg is the number one suspect.