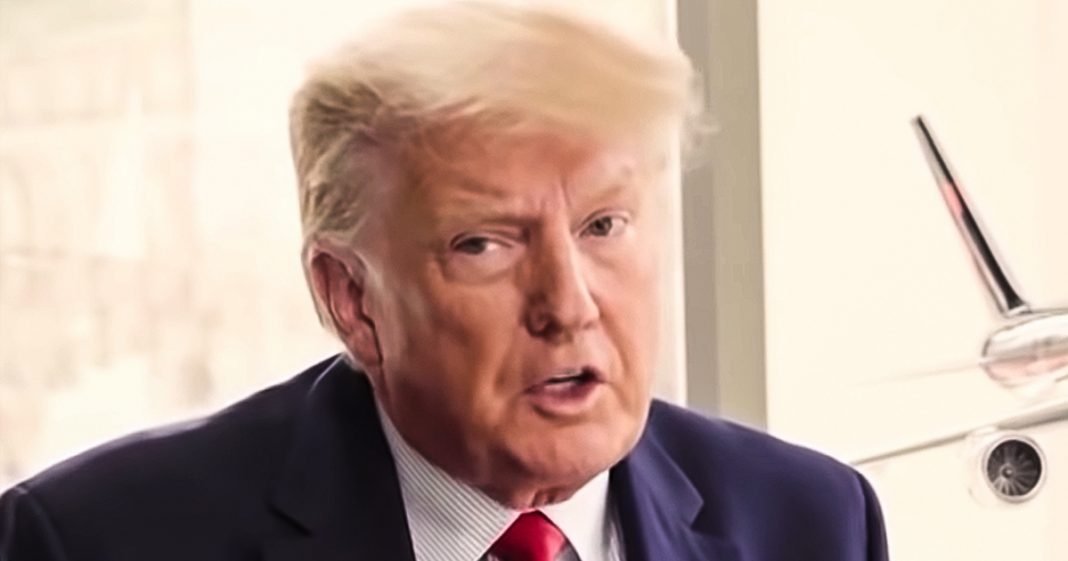 During an interview on One America News this week, Donald Trump continued his ridiculous conspiracies about the election, and he lashed out at the Republicans in Congress for not overturning the election. His delusions are getting worse, and Republicans need to understand that there is no amount of bowing and scraping before this madman that they could ever do to win his approval. Ring of Fire’s Farron Cousins discusses this.

Donald Trump appeared on the One America News network earlier this week to rant and rave about Republicans, about Republicans not being loyal enough to him, about Republicans not overturning the results of the 2020 election. Called them stupid and weak all because they wouldn’t do what they legally couldn’t do. Here’s a couple of quotes from this madman of what he had to say on, on this network. We don’t have a free and fair press anymore in, anymore media anymore. Okay. That’s, that’s a thing. This is not free and you know, you look at communist countries, that’s what happens. Nobody can talk and when you can’t talk, there’s nothing to discuss. Republicans don’t want to talk about it, the weak or stupid or RINOs, or call them wherever you, whatever you want. And yet the voter, the Republican voter, that’s what they want to hear. They want to hear about 2020. They want to find out what’s going on. The Republican voter wants the story. The weak Republican politician doesn’t want to talk about this story because they think it’s bad politically.

I think it’s great politically, he added. Weak, stupid RINOs, whatever they are, because they don’t want to keep pushing Donald Trump’s big lie because they want to move on from 2020, suddenly they’re terrible. Now this is a party that let’s not forget just a week ago, they decided they’re all in on Donald Trump. Like they are 100% the Trump party, and it’s still not good enough. And I’m doing this segment today because I’m trying to send a message to you Republicans out there. I don’t know why I’m bothering. You’re all horrible people. But what this shows us is that no matter what you do, no matter how much you bow down to him, no matter how much you kiss his, it is never going to be enough. It will never be enough for this man. You are stuck with what you got. And you’re always going to try to live up to this impossible standard that he has set for you, that he clearly would not have set for himself and it’s going to be an endless cycle of pain and torment coming from Donald Trump. But you did this to yourselves Republicans. So you’re just going to let him go out there, do these interviews where he relentlessly attacks you, calls you stupid, calls you weak.

He’s killing you politically, has been for four years now, and you’re just going to sit back and take the abuse. You’re just going to say, well, there’s nothing we can do. Donald Trump is our guy. Donald Trump is the leader of the party. This is what he wants. So we’re going to let him go out there and tell the world that we’re a bunch of incompetent buffoons, because that’s what we want him to do. Good luck with that strategy. I hope it plays out exactly how those of us living in reality understand that it’s going to play out because this doesn’t end well for you. You know, clips like this, those are important. And honestly, the Democrats need to start pulling clips like that and running it in ads across the country and then juxtapose that with Republican saying that, no, we’re, Trump’s the leader. We’re going with him. And then he’s publicly still bashing you because you are so stupid that you don’t realize that this man is only out for himself. He’s not looking out for the Republican party. Sure as hell isn’t looking out for his supporters or anybody else in this country. He is looking out for number one and nothing you do will ever be good enough for him.