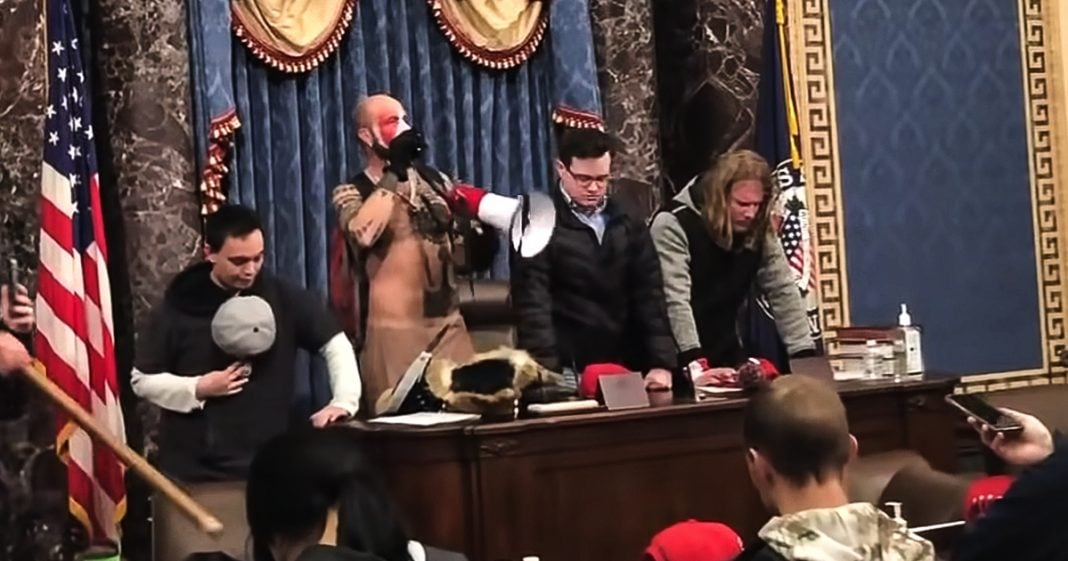 The House of Representatives has passed legislation to create a commission to investigate the events of January 6th, and Republicans are not happy about this. Not only are they promising to block this legislation in the Senate, but they are afraid that focusing too much on the Capitol Riot will actually cost them the midterms. This is exactly what we have been saying for months now, and Republicans are right to be afraid. Ring of Fire’s Farron Cousins discusses this.

So the House of Representatives has now passed their bill, allowing for the creation of a commission to investigate the events of January 6th, the day of the Capitol riot. And 175 Republicans in the House voted against it. You pretty much have an almost unanimous Republican party in the Senate, almost not quite, but almost that says, we’re going to oppose this. Mitch McConnell opposes it in the Senate. Kevin McCarthy opposed it in the House. They don’t want this commission to happen. They want everybody to forget the events of January 6th. That is their goal and it’s funny that they would have that goal because I mentioned, I have said this repeatedly since that day, if this event does not stay fresh in the, in the minds of the American public, they will forget about it. Oh, they’re going to remember that it happened. But history and time has a way of making things not seem so bad anymore. And that’s exactly what Republicans are counting on because they have essentially admitted that publicly and privately.

Republican John Thune said, we’re concerned that this could remind the publican and drag into next year’s midterms. So they’re admitting, they’re admitting that this could hurt us in the midterms if people look into it and remember, hey, don’t forget about that time all these crazy Republicans stormed the US Capitol? Do we really want to reward these people in the midterms? So that’s what Republicans are afraid of, every Republican except Trump, but I get to that in another video. But here’s the thing, they’re absolutely right. If this commission is formed and if these events are truly investigated, which includes investigating every aspect of it. Did Republicans in the House actually give tours a day or two before the riot to some of the insurrectionists? That seems like the kind of thing the public would need to know about before they head to the polls in November, 2022. Did Donald Trump incite the riot? Something we need to know. What’s in the social media posts of the people that have been arrested? That’s something we need to know. What politicians are they supporting? Who are they retweeting? Who are they idolizing?

Those people need to be called out. And that’s why this commission, this investigation, whatever it, you know, amounted to, that’s why this is so important. And that is what I have said repeatedly since the first inkling of a commission was discussed because I can promise you if this commission is not formed, if some kind of investigation is not conducted, did the public will have moved on. And again, they’ll remember it. Some voters will hold them accountable, but not enough. But if this stays fresh, if that imagery that we all saw unfold before our very eyes, if it stays fresh, the Republicans are going to pay a political price and they need to be able to pay a political price. That’s what happens. When you have something like that, that happens because of your people, you have to pay the price. And that is what Republicans are terrified of. They don’t want to pay that price because that price could mean for many of them, the end of their political careers. But that is exactly what should happen. The public deserves these answers. The public deserves to know what took place before, during, and after that event. Anything less than that is a miscarriage of the public’s trust.