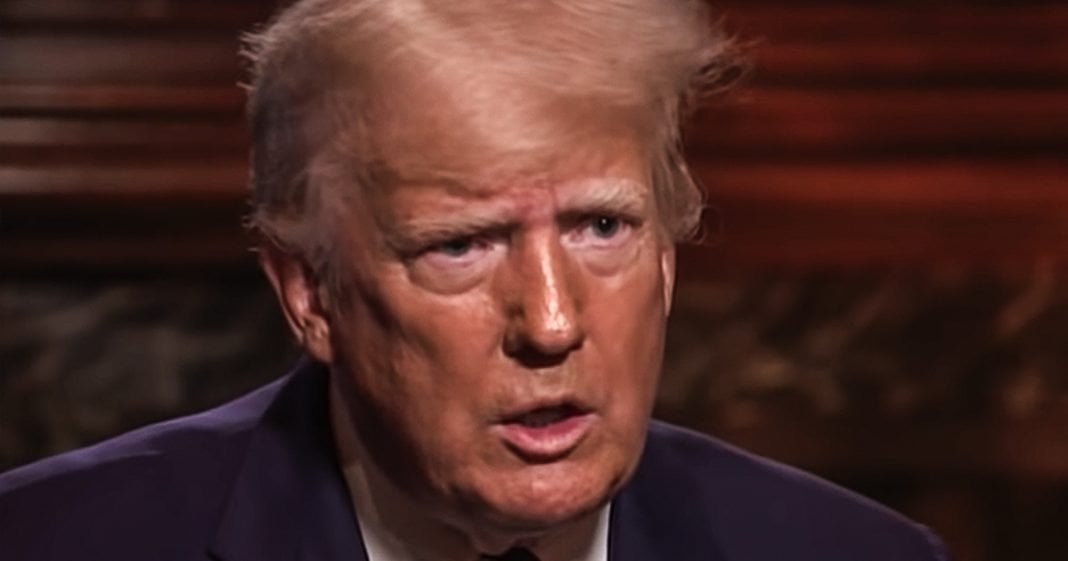 Letitia James, the Attorney General of New York, announced this week that her office was going to be joining the criminal probe that the Manhattan District Attorney’s office has been working on, meaning that the scope of the investigation has likely expanded far beyond the reach and the capacity of the Manhattan D.A. Legal experts also say that this is what happens when the AG sees something so problematic that they want to handle the matter. Ring of Fire’s Farron Cousins explains what all this means.

This week, the office of the New York attorney general Letitia James, announced that they were finally going to join in on the criminal investigation into the Trump organization that is being conducted by the Manhattan district attorney, Cy Vance. This is a massive development. Up to this point, since 2019 actually, the New York attorney general had only been focused on any kind of civil matters with regards to the Trump organization, possibly meaning that, hey, if they didn’t pay this, if they didn’t pay that, we would have to sue them for nothing more than money. All we want is to get the money back that we are owed from this organization. But as this investigation has progressed, as new information has been revealed, as of course we all know, Manhattan DA got their hands on Trump’s financial info a couple months back. And now suddenly after all that happened, after the grand jury was empaneled, after witnesses were being called, the New York attorney general said, whoa, hold up now.

I think we are gonna have to move into the criminal probe as well. If that doesn’t tell you everything right there, like I don’t even need to continue now. I truly don’t. Like, that’s the story. That’s the end. The New York attorney general looked at what was happening. They have evidence as well. They’ve been combing through their own stuff and I’m sure there’s cooperation between the two, obviously. And eventually New York attorney general’s office saw something and they said, uh-oh, uh-oh, this isn’t a civil matter anymore. Do you all see this? This is criminal. Seriously at this point, like, that’s it. That, that’s all that needs to be said. They found evidence or they found a thread that they believe will lead to evidence of criminal behavior on behalf of the Trump organization. And by the way, that’s not just my lone analysis of this. This is actually what former prosecutors are telling us right now, because this move by the New York attorney general this week was massive.

They’re no longer looking at, hey, we just want our money back. They’re looking at not only do we want our money back, but there’s a good chance that somebody somewhere within this organization is going to jail. Other prosecutors are warning that, in fact, actually Trump’s biographer is warning that this new move by the Trump AG, excuse me, New York AG, could end up roping in Donald Trump’s children as well, opening them up for potential criminal charges because after all Trump’s kids run the business and have been running the business for the entirety of Donald Trump’s administration. And before that, when he was running the business, they were, you know, right there underneath him every step of the way. So if there were any kind of decisions that were shady, that were under the table, any kind of, you know, criminal dealings, these kids, Trump’s kids likely would have also been involved in it. Eric Jr., Eric, Don Jr. and Ivanka.

Of course, it could be the CFO. We’ve heard a lot about the CFO recently. So could all just be on that guy, Weisselberg. But, uh, I don’t know. I would think if it was Weisselberg or any lesser person at the Trump organization whose last name wasn’t plastered on the building, um, yeah, I imagine the New York AG would be like, you know what, you can probably handle this, Cy. We don’t need to worry about it. You know, you’ve got the criminal, we’re going to focus on the civil. But if you’re coming after a former president or the children of a former president, you’re probably going to need the heavy artillery in order to do that. And the Manhattan DA has a lot, but they don’t have as much as the New York attorney general. And to me, I think that is the biggest thing. I think that is what is happening here. They want to go after the biggest fish possible and in order to do that, you’re going to need all of the tools at your disposal and the Manhattan DA just likely doesn’t have that. But the New York AG does.