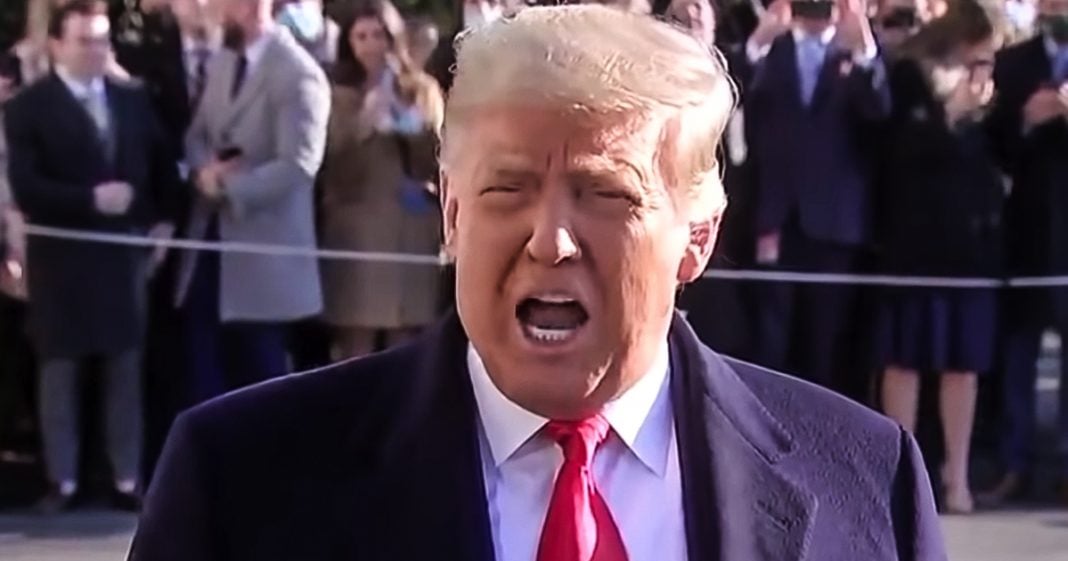 Reverend Franklin Graham, a close confidant and supporter of Donald Trump, said recently that he’s concerned that the former President might be too unhealthy to launch another Presidential campaign. Grahama pointed to Trump’s diet as the main reason he believes what he does, and says that the former President simply might not have the energy to do what he had done in 2016. Ring of Fire’s Farron Cousins explains why Graham is right, and how the pandemic actually worked out in favor of both Trump and Biden in 2020 for this very reason.

A close confidant and friend and supporter of Donald Trump recently came out and said that he just doesn’t know that Donald Trump is going to be physically fit enough to actually run for president again, well, ever to be honest. And that confident, confidant, by the way, was Reverend Franklin Graham. So we’re not just talking about some kind of random person here. We’re actually talking about somebody that has a little bit of influence, Franklin Graham. Well-known among the evangelical community, the right wing community. The guy holds a lot of sway. And recently, during an interview, he said this, I think for him, everything will depend on his health at that time. If he still has energy and strength like he does, I don’t, you know, the guy does not eat well, you know, and it’s amazing the energy that he has. Yeah, I know. It’s almost as if that energy was coming from something else, right?

Because you’re probably not getting that kind of energy off Big Macs. So, uh, where, where does the energy come from? You actually kind of bring up a good point there, Franklin Graham. Obviously throughout the entire Trump administration, there has been rumors that he, you know, the Adderall, that that could be where it is that he crushes it up and snorts it. Of course, those are all rumors. There’s no hard evidence to back any of that up. But the evidence would suggest that yes, the energy that Trump has is clearly coming from somewhere else. But Graham’s correct here, right? And to be honest, both, both Trump and Biden benefited from the pandemic in the 2020 presidential race, because neither of these men are, you know, super physically fit. I think Biden is much more so clearly than Donald Trump, but because of the pandemic, they had to have small crowds.

A lot of times they didn’t travel the way that they had wanted to, the way they thought they would, you know, doing as many events and that benefited both of them. You know, the more Trump spoke, the more he people off and turned people off. Biden on the other hand, the more he spoke, the more people questioned, like, eh, he doesn’t seem like he’s all there. So yeah, they both benefited from not having to go out and do those kinds of things. And of course, both men, which just happens with age are not as physically fit as they were, you know, however long ago it was when they were both running for president. I know Trump was 2016. Biden was 2008. So yeah, body can’t do what it used to do. Your stamina is not what it once was.

So Trump benefited from that tremendously. He did hold rallies, but nowhere near the amount he was holding in the time before that and his aides admitted at the time to the press that, yeah, he gets tired a lot quicker now. So Trump is 74 years old right now. By the time the next campaign rolls around, he’s going to be 76, 76 and a half, maybe 77 on a steady diet of fast food and zero exercise. Yeah, I seriously doubt that Donald Trump is going to have the stamina to keep it up on the road like that, like he was in 2016. I’m sure he’ll want to, but again, I think Franklin Graham for once in his life is absolutely correct. Donald Trump just isn’t going to be there physically to go out and actively campaign and be successful the way he was in 2016.