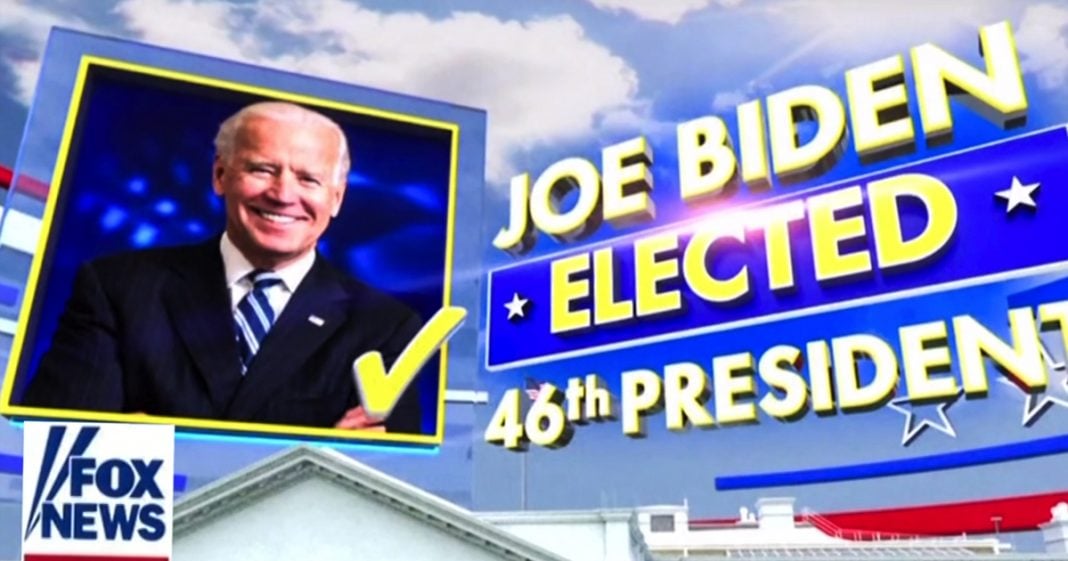 Fox News viewers have lost faith in their network of choice over the past year, but the real turning point was when the network accurately called the state of Arizona for Joe Biden in November’s election. The network told the truth – something they aren’t known for doing – and now they are being punished by their audience. This says more about the viewers than it does about the network, and it gives us clear insight on how these people want to live. Ring of Fire’s Farron Cousins discusses this.

Republicans are not happy with Fox news and to be honest, they haven’t been happy with Fox news for about a year here now. But their anger at the network really kicked into overdrive following the 2020 presidential election, when Fox news decided to call Arizona for Joe Biden. And of course, Arizona went to recount. It was a couple days before we knew the clear winner and then once we did Fox news said, hey, Arizona goes to Joe Biden. He wins the election. And that, that bit of truth, by the way, because that was honest. That was true. That was accurate. Off Fox viewers so much that according to a new poll, faith in the network amongst their loyal hard- right Republican viewers has fallen by eight percentage points in the last 12 months. So Fox news actually got, got punished for doing the right thing.

The network went out there, told a truth, an incontrovertible truth and they’re paying a price for it. Now, to be honest, this tells us a hell of a lot more about the Fox news viewers than it does about Fox news itself. These viewers would rather be lied to by this network, which is probably why Tucker Carlson, Tucker Carlson, excuse me, is the highest rated host on the network because all he does is lie. But they would rather be lied to. They would rather Fox news paint them a picture of this reality in which conservatives always win and liberals always lose. And liberals are always the bad guys and conservatives are always the heroes. Those are the worlds that these Fox news viewers choose to live in. And anything that comes out, that threatens that worldview, that, that alternate reality that doesn’t actually exist and they get furious.

And now they’re taking it out on the network. The threat here though, is that Fox news understands you can’t off your entire audience. You know, you lose them, you have nothing, right. When you’re in the media industry, your entire livelihood kind of depends on, you know, people watching you. It’s just the way it is. So if you continue to them off, if you continue to tell them the truth, well, you’re going to continue to lose them. And right now it’s just that their confidence in the network is shaken. There isn’t yet evidence that there’s a mass exodus of viewers from Fox news. Although there is evidence that viewers are leaving Fox to go to other networks like Newsmax, but not in any way that should concern the network just yet.