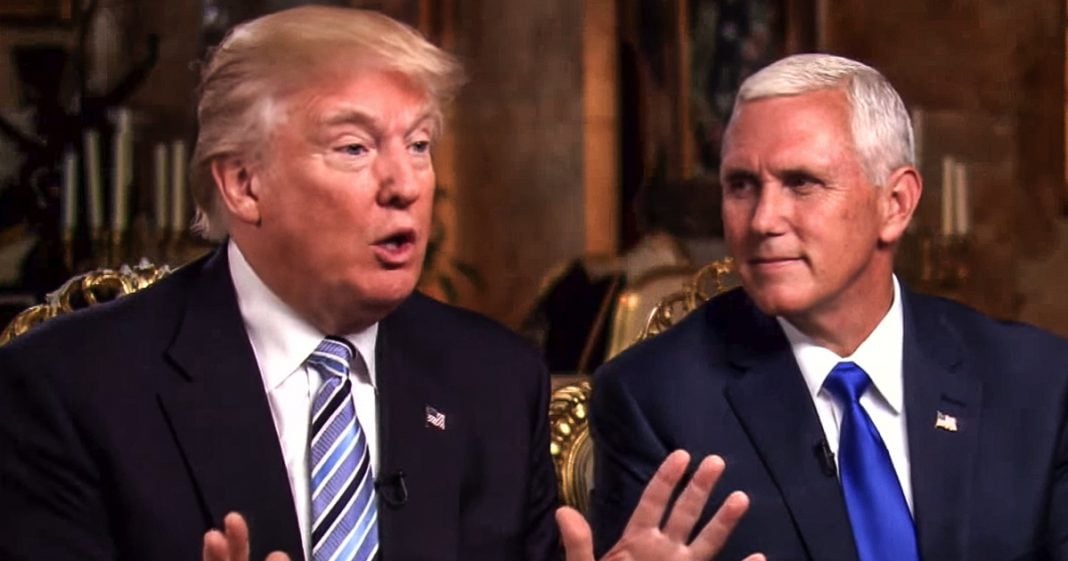 Donald Trump suffered what appeared to be a complete mental breakdown this past weekend, as he lashed out at both Mike Pence and Mitch McConnell. Trump accused the two of doing nothing to stop the certification of the election, and then proceeded to go on an unhinged tirade about winning states that no one thought he would win and how the whole election was stolen (even though we know it was not.) This is your guy, Republicans, so you may want to calm him before he turns even more voters away.

Donald Trump suffered what appeared to be a little bit of a mental breakdown this past weekend on Saturday, actually, when he started ranting, ranting and raving for quite literally no reason about the 2020 election. He was just sitting there at Mar-a-Lago minding his own business when suddenly something broke inside of his brain and he thought, I need to get on my little blog and start sharing these insane thoughts that I’m having. Here is what Donald Trump put on his little bitty blog. Um, as our country is being destroyed, both inside and out the, holdup. How can you destroy the outside of a country? Like what, what does that even mean? I’m, like what? Both inside and out. So our country is being destroyed including outside our country. Is that what you mean? Like the entire world, because that’s how you would say that, as the whole world is being destroyed, not just our country inside and out of our country.

What an idiot. As our country is being destroyed both inside and out, the presidential election of 2020 will go down as the crime of the century. The polls were a joke. I won states in a landslide that I was predicted to lose days before the election. Other states had me purposely so far down that it would force people, even fans to say, let’s stay home, darling. We love our president, but he can’t win. It’s called suppression polling and it should be illegal. The 2020 presidential election was by far the greatest election fraud in the history, in the history. Now here’s the part, believe it or not, like this is about where it gets crazy. So what you had so far, that’s just an appetizer, right? Now he’s going to go after his good buddies, the people who basically made his presidency tolerable for most Republicans. Here they are.

Had Mike Pence had the courage to send the electoral college vote back to the states for recertification and had Mitch McConnell fought for us instead of being the weak and pathetic leader he is, we would right now have a Republican president who would be vetoing the horrific socialistic bills that are rapidly going through Congress, including open borders, high taxes, massive regulations, and so much else. Okay. Um, you’re nutty. I mean, and that’s, that’s about the nicest way I can put that. There’s something wrong with the former president of the United States. Mental health experts have been telling us that for five years now, like the dude’s not right. Like randomly having these like crazy thoughts and feeling the compulsion to share these insane and completely false thoughts with the rest of the world. Yes, folks, that is an indicator that something’s not right with this man. But nevertheless, it is what it is. He went on this little, you know, crazed rant.

At one point over the weekend as well, he said that the databases over in Arizona where they’re trying to, you know, audit the ballots, he said the databases had been deleted. That didn’t happen. The man lost his mind, what little bit he had left of it, this past weekend. And I don’t even know what sparked it. Usually there’s something that happens that sends this man on edge. But I can’t think of anything that I saw in the news that happened here. Except of course maybe something happened behind the scenes that we don’t yet know about with that New York investigation. That is literally the only conclusion I can come to that this guy probably got some really bad news, got off at everyone and every thing, and then decided to take it out on Mike Pence and Mitch McConnell and apparently the rest of the planet, anybody outside the United States as well. Um, so keep an eye on that. Because there’s a reason why he went psychotic this past weekend and I’m willing to bet it has something to do with New York.