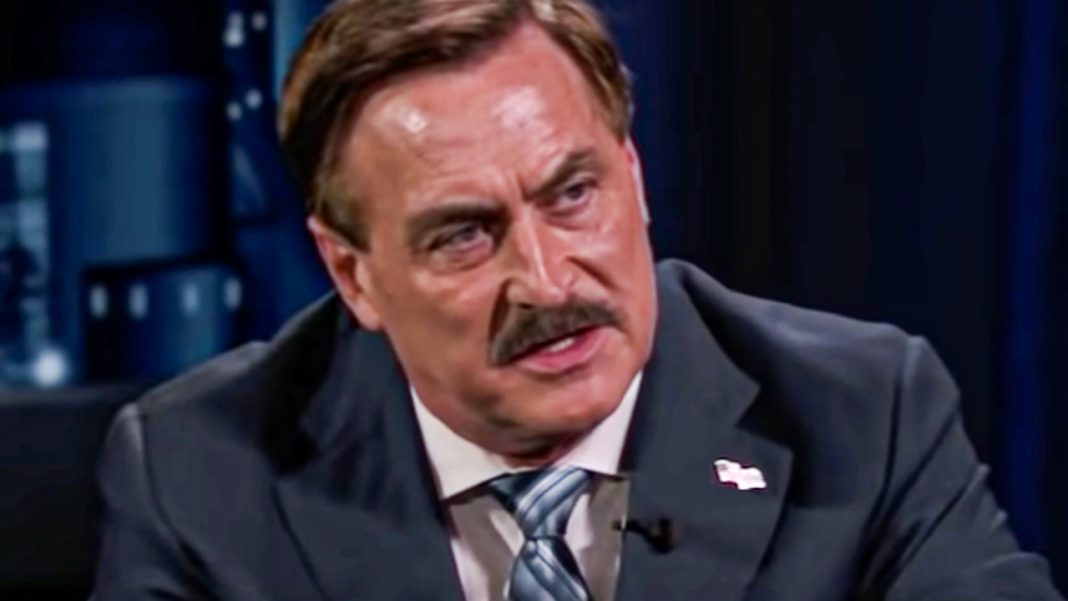 Mike Lindell, the clearly unstable CEO of My Pillow, said during an interview with Steve Bannon this week that the Supreme Court is about to rule on a case that will make Trump the President again. And they are going to be unanimous in their decision to reinstate Trump. Lindell has lost any and all sense of reality, and desperately needs help. But people like Bannon keep parading him onto the airwaves to make a fool of himself, and he never disappoints. Ring of Fire’s Farron Cousins explains what’s happening.

Mike Lindell, the embattled purveyor of pillows with my pillow appeared on Steve. Bannon’s a program this week where Lindale made the prediction that the United States Supreme court is getting ready to rule on a case. And Lindale says, they’re going to rule unanimously nine to zero to reinstate Donald Trump as the president of the United States. As, as we all know, like that’s totally how the legal system works, right? You can go up there and be like, Hey, a Supreme court. I know you’re not busy right now. Can you all just unanimously say that my guy’s president. Cool. Awesome. You guys are rocking. Um, yeah, Mike, that’s not how the legal system works. That’s not how the electoral process works. That’s not how anything in this country works. And more importantly, there are no more lawsuits. You dumb.

That’s the part about this whole story? I don’t get, see, he was actually asked by Steve Bannon. Bannon was like, Hey, um, you’ve lost 60 lawsuits. Now try to overturn the results of the election. And Lindale was like, but aha, we have one more coming. And the attorney generals of all the States are going to be with us and we’re going to overturn it. And things will be great. And Trump will be back in the white house because I’m a total nutcase. And he really is. And I, I don’t say that lightly light leap, uh, Mike Lindell has very serious problems. I do believe like 100% you cannot convince me otherwise. I would need to see a brain scan and then have actual conversations with neurosurgeons and neuroscientists, where they convince me based on the scans and psychological evaluations, that there’s nothing wrong with Lindell. That is the only evidence I will accept to prove to me that there is not something wrong with this. Here’s the thing.

Now, why is the Supreme court waiting? Well, luckily somebody who’s justice nutso as Mike Lindell was on video yesterday and they kind of explained, you know, to a group of idiot, Magda folks what’s actually happening. And that person was Linwood and Linwood told this weird little, all white elderly crowd that the region Donald Trump is not yet president, even though he is president, but he’s not like in the white house right now is because God is actually trying to clean things up a little bit. You know, he’s letting Biden kind of deal with some BS. So Trump doesn’t have to worry with it, you know, Biden, you just kind of do the piddling crap. And then once you finish that, you get out, Trump moves back in and boom mega again. That is a, that is actually what, uh, Linwood told that crowd yesterday. And then Mike Lindell is out there saying we’ve got more court cases coming. You’ve literally lost every single one. And Steve Bannon actually had enough sense to point that out to you. Here’s the thing. There are no more coming. God is not somehow forcing Joe Biden to clean up a bunch of messes so that Donald Trump can move back into the white house. The election was decided the Ray counts of prove it. The audits have proved it.