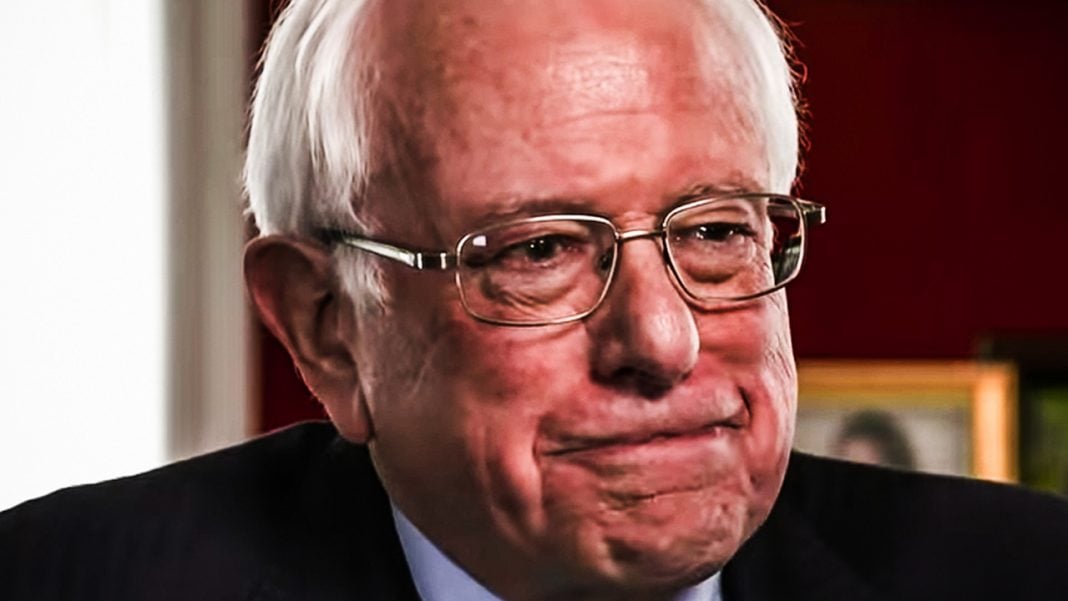 Democrats are considering removing a cap to the SALT Tax, a move that would basically be a massive giveaway to the top 1%. Senator Bernie Sanders is warning Democrats that this is a “terrible, terrible move,” and the public doesn’t want to see the wealthiest people in this country get another free handout from the federal government. Ring of Fire’s Farron Cousins explains why this would be a political disaster for the Democratic Party.

Democrats are considering peeling a cap on salt tax deductions, which would basically be another massive tax giveaway to the wealthiest Americans. Now the salt tax, for those of you who are not familiar, salt stands for state and local taxes. So when you say salt tax, it’s actually a redundant use of the word tax, but either way, it allows individuals to write off state and local taxes that they pay on their federal taxes. And as part of the 2017 Republican tax scam, they actually, and this is a good thing. They kept salt deductions at $10,000. So whether you made 20,000 a year or 20 million a year, you couldn’t write off more than $10,000 in salt taxes. And that actually he hurt the wealthy elite a little bit because in the past they would typically write off, you know, maybe a hundred thousand, maybe 200,000 more, but average working class people typically don’t have much salt tax to pay.

So they never even hit that $10,000 a year threshold. So they benefited the most from this cap. The wealthy had to pay a little more. Well, Democrats are now let’s get rid of the cap result in the benefits of getting rid of that cap. 62% of the benefits would go to the top 1% and a 86% of the benefits would go to the top 5%, 86% of the benefits of repealing that salt cap would go to the top 5% income earners here in the United States. Bernie Sanders did an interview recently with Axios where he said that quote, this would be a terrible, terrible message to send to the American public right now. And he’s of course, absolutely right, because what’s happening in this country right now, what’s happening is that you’ve had this massive shift in the way. People think about taxes, look at all of the recent polling data. Even Republicans now agree with the statement, the wealthy do not pay their fair share in taxes. And they including Republicans, obviously independents and Democrats were already there, but even Republicans say, I want them to pay more.

I want corporations to pay more in taxes across the board. A majority of Americans say, make them pay more. The Democrats have the wind at their backs, the public on their side. And instead of doing anything meaningful, they say, Ooh, what if we did a Republican thing and cut their taxes? I don’t know. I don’t know. I even know what to say anymore, because that is such an idiotic idea. When you’ve got the public out there telling you don’t do this, Bernie Sanders has given you this warning. Of course, he goes largely ignored with his warnings. That all turn out to be true. And Democrats are still saying, I don’t know, man. We could get rid of it and benefit just the top 5% of income earners here in the United States. There’s no reason to do this. It would cost the economy $90 billion a year in lost tax revenue. Leave it in place, move on. And why do you even have to mention it in the first place? Is there a political realignment happening where you have people like Ted Cruz going out, trashing corporations and Democrats saying they want to cut their taxes? Like what in the hell is going on in this country right now? Of course we know why Ted Cruz is doing that. He’s not genuine about it, but Democrats know cutting taxes for the wealthy. That’s not your thing. You leave that to Republicans and you let the public be at them for it. Bernie’s right.